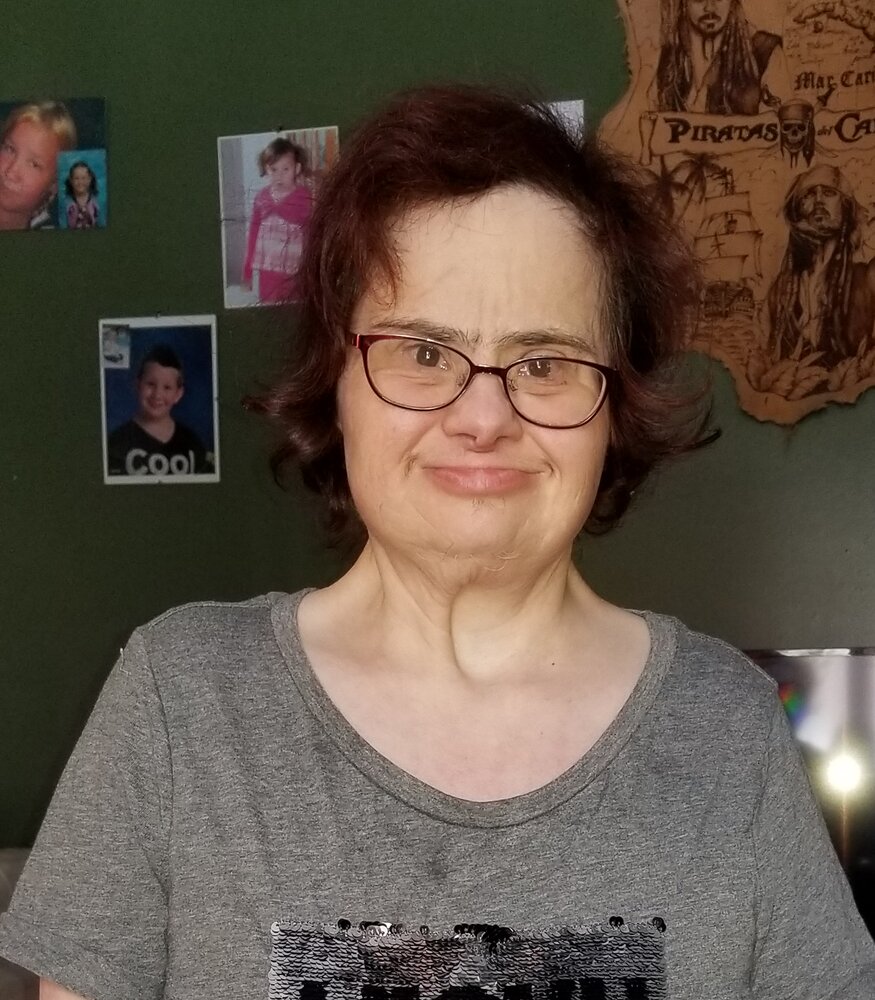 She was also born at St. Boniface Hospital on August 1, 1965. Linda came to our parents as a foster baby in September of 1965. She was a down syndrome child. We as a family were all very excited to have her. She was sick a lot as a baby and even until later in her teens. Linda was very tiny when she came into the Harder family, about 5 lbs, at six weeks old. As my mother and father took care of her and others as well, she grew but was always weak. She did get stronger through the years.

Linda went to preschool two days a week for about two and a half hours. This prepared her for going to school. Linda went to Woodlawn School, and then she graduated from the SRSS. After that she stayed at home for a while until she was accepted to go to work at the A.C.L. for many years.

She stayed with our mother after father passed away, until mother had a stroke in 1997, she lived with them for 32 years. After that Linda went to live with our brother Abe & Janet Harder until 2010. She then moved to Kevin & Patricia Harder’s where she lived for 12 years until her passing.

Linda has been in the Harder family for three generations. We call her our sister, which she was. She always liked little children and was very protective over them.

To Kevin & Patricia – I want to thank you and your family for what you all did for her. As well as Patricia’s mother, she looked after Linda as her own. Linda was at their place for about 12 years.

We as a family will always remember her as our sister, cousin and friend.

Linda also had friends at the A.C.L. Workshop.

May you Rest in Peace.

A public livestreamed funeral service will be held on Wednesday, April 27, 2022, at 1:00 p.m. at Birchwood Funeral Chapel, Steinbach, MB., with an interment to follow at Heritage Cemetery, Steinbach, MB. To join the family via livestream please click HERE shortly before the time of the service.