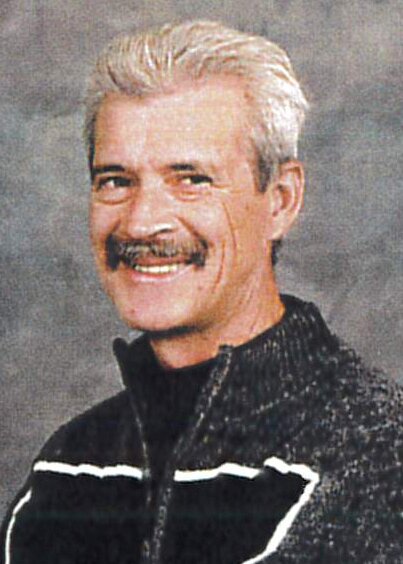 Diedrich was predeceased by his parents Henry & Dora Wiebe, one brother and one sister in infancy, brother-in-law John Harder and nephew Paul Jonathan Harder.

He was four years old when our family moved to Canada.  Diedrich had many challenges growing up.  He grew in stature beyond that of his school mates and even other members of the family.  This of course brought teasing, lack of confidence and other challenges growing up.  When he felt good, he felt VERY good, and when he felt down it was DEEP down.  He was very giving.  If he saw a financial need, he wanted to help out and often did.  Although he was tall, he seemed to prefer low cars.  It was amazing that even in the last months he was able to get into his Mustang to go for a ride.  He also liked speed and when he could no longer drive his car, he was looking at a scooter that he said could do 30 kph.  He was adventurous.  He told a story of driving home from B.C. all the way to Brandon in a snowstorm.  He enjoyed that.  That is until he entered whiteout conditions.  Then he said he was afraid.

Dick could draw and build to specification, from a lawn swing to a purple martin bird house to what he called an unsinkable boat.  He had many talents.  He even tried his had at music, playing a synthesizer, harmonica and jaw harp, which he played for some of us on the last Thursday of his life.

He lived by himself for the better part of his life.  In December 2021 after being diagnosed with lung cancer, we moved him to Bridgepark Manor where he enjoyed the friendship and fellowship of the other residents there.  He made many new friends, and as love was being poured into him, he became increasingly grateful and kind.  He was in and out of hospital a few times.  He admitted that he had a lot of trouble making decisions.  When he was in hospital, he wanted to be in his apartment and when he was there, he wanted to be in hospital.

Thanks to the help of many, like homecare, nursing, palliative care staff, and Careica Health (oxygen supplier), he was able to be a home during much of the time.  Thank you to his church family who continued to pray for him and visit him, and a special thanks to those of you who went above and beyond.  You know who you are.  God bless you.

We also want to thank the ambulance drivers, ER, 2nd floor surgical, rehab, admissions, and the medical unit staff who looked after him during his stay at Bethesda.  For the many others who visited him, prayed for him and encouraged him in is journey, thank you.  God bless you.

The public funeral service will be held Friday, May 6, 2022 at 3:00 p.m. at Birchwood Funeral Chapel with interment at Michell Memorial Gardens. A livestream may also be viewed HERE

Donations in memory of Diedrich may be made to the Bethesda Foundation. 380 Stone Bridge Crossing #3, Steinbach, MB R5G 2R1

Get Directions
Friday
6
May