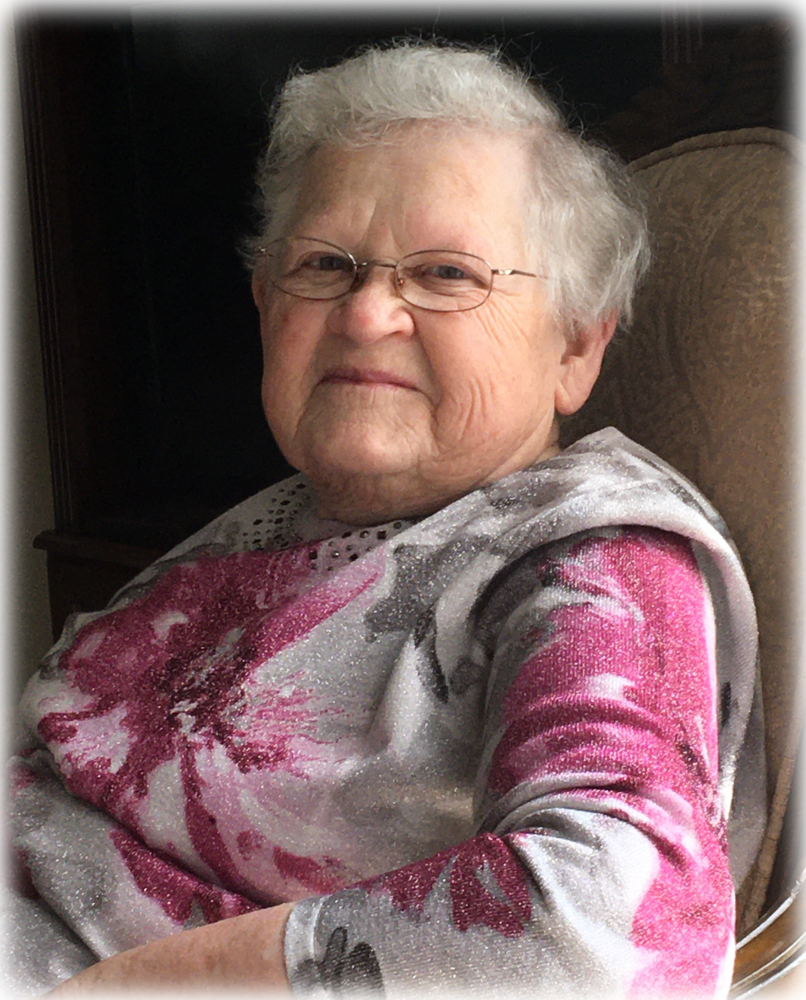 The funeral will take place on Wednesday, May 11, 2022 at 10:30 a.m. at the Steinbach Mennonite Church, with viewing prior to the service.  To watch the livestream, please click HERE

It is with deep sadness that we announce the passing of our dear mother, grandmother, great-grandmother, sister, aunt, and friend.

Helena was born to Abram and Anna Klassen, nee Giesbrecht on July 27, 1940 in Campo 35 ½, Chihuahua, Mexico. She grew up on the family farm and attended school in a village near Rubio where she was taught German until age 12. Later in life she attended classes to learn Spanish and in her 40’s she learned the English language.

Helena started to work hard at a very young age on the family farm tending to the farm animals, milking cows, helping on the fields with planting and harvesting. She often spent several weeks with her older sisters helping with chores when children were born. On one such occasion, she met a handsome young man, Elmer Penner, who was a friend of her eldest sister Anna and her husband. Elmer became the love of her life. They went through some rough times before being able to marry, since Elmer came from a “Kleine Gemeinde” Mennonite Church and Helena was from the “Old Colony” Mennonite Church. In those days, intermarriage between different religious Mennonite groups in Mexico was not customary. They decided to get baptized and marry in the “Sommerfeld” Church in Halbstadt where they settled and made their first home.

The first four children (Helen, Bert, Annie, and Elma) were born in the town of Rubio within the first four years of marriage. Due to Elmer’s career as a trucker, Helena spent weeks at a time raising her children alone in addition to tending to their small farm. Working hard was part of Helena’s life which she graciously accepted with no complaints. During this time, they started attending a church in Steinreich, near their village, which was a less conservative church known as the General Conference Church.

In 1966, they decided to live in Morris, Manitoba, for a few years where the fifth child Manuel was born. Again, Helena, as a trucker’s wife, spent time alone in a strange country, taking care of her children. They lived in Canada for three years at which time they moved back to Mexico.

In Mexico, they settled in Quinta Lupita, close to the city of Cuauhtémoc, Chihuahua. It was important to Elmer and Helena to settle where they could attend the General Conference Church since this church provided the children with Sunday school and Christian primary/secondary education. At this church, Helena served as a Sunday school teacher and was involved in the “Nähverein”, sewing circle. Elmer and Helena went through several periods of financial difficulties in the 1970s as Elmer started his trucking business again. During this time, Tori and Tracy were born. Helena patiently supported Elmer during the hard times.  She was creative in making meals for her family with limited resources. Eventually the business grew and they were able to build their own home.

In 1980, they decided to move to Canada due to Elmer’s health issues and a Mexican recession that happened at the same time. This decision was very difficult for Helena since she had established friendships in church and in the community. They arrived in Steinbach, Manitoba, on July 1, 1980, where they settled. They attended the Steinbach Mennonite Church where Helena formed lasting friendships with church members. She was invited to join the group of “Mission Workers” also known as the “Nähverein” sewing circle which was her passion. Helena was a very gifted quilter and was invited to quilt for the Mennonite Heritage Museum. Her quilting quality did not change whether quilting for Mennonite Central Committee (MCC) or for the Museum. She believed that the blankets sent abroad for the poor by MCC deserved to be as perfect as the blankets auctioned by the Museum. In addition to quilting for the MCC, she loved to help out in the kitchen at the bible camps and youth retreats.

Soon after the move to Canada, Helena was diagnosed with cancer and was hospitalized for several weeks in 1982. She received harsh radiation treatments for the cancer and by the grace of God the cancer went into complete remission and she lived for another 40 years.

In 1989, Helena became a widow at age 49. Elmer had provided Helena with financial stability before he died which allowed her to live comfortably for the rest of her life. She never remarried and wore her wedding band until the end. She dedicated all of her time to her grandchildren and babysat every opportunity provided to her because she did not want strangers to raise her grandchildren. Helena had a gift with entertaining the children on their level, reading, colouring, drawing, tickling, wrestling, dancing and singing songs for them. She had a gift of being able to relate to everyone. This included all of her sons and daughters-in-law. She accepted everyone with open arms with a witty sense of humor that related to each individual personality. There was never a dull moment in her presence.

Helena had many health issues during the last 15 years of her life including osteoporosis, osteo-arthritis, trigeminal neuralgia, diverticulitis, plus other health issues, some of which were related to her harsh radiation received in 1982 for her cancer. She suffered immense pain throughout the years which affected her quality of life. She was able to overcome her suffering through God’s grace and never complained. Her determination and will to be self-sufficient allowed her to remain living in her own home with very little help. As her health declined in the last couple of months, her ability to walk deteriorated significantly. She tried to hide her symptoms due to the fear of being hospitalized until her body gave in from sheer exhaustion. On Sunday, April 24th 2022 she was brought to the hospital. She was actively treated for her symptoms but her body did not respond and was placed on comfort care.  All of her sons, daughters, their spouses and grand children were blessed to spend time with her, virtually or at her bedside until she died peacefully on Wednesday, May 4, 2022.

She is predeceased by her parents Abram and Anna Klassen, husband Elmer Penner, sisters Anna and Margareta, brother Peter, two siblings at birth and several in-laws.

As the Penner family, we are forever grateful for all the prayers, love and care we have received during these last few weeks from family and friends; bringing food, flowers, cards, words of comfort and condolences. We also want to thank the Medicine Ward at Bethesda Hospital, especially Dr. Mott and Nurse Lori for such compassionate care provided to our mother and support for the whole family.

Thank you Steinbach Mennonite Church for hosting the funeral.

‘We do not mourn as those that have no hope - but rejoice and believe we will meet again in heaven’.

The funeral will take place on Wednesday, May 11, 2022 at 10:30 a.m. at the Steinbach Mennonite Church, with viewing prior to the service.  To watch the livestream, please click HERE

In lieu of flowers donations can be made to Mennonite Central Committee or a charity of your choice.

Get Directions
Wednesday
11
May