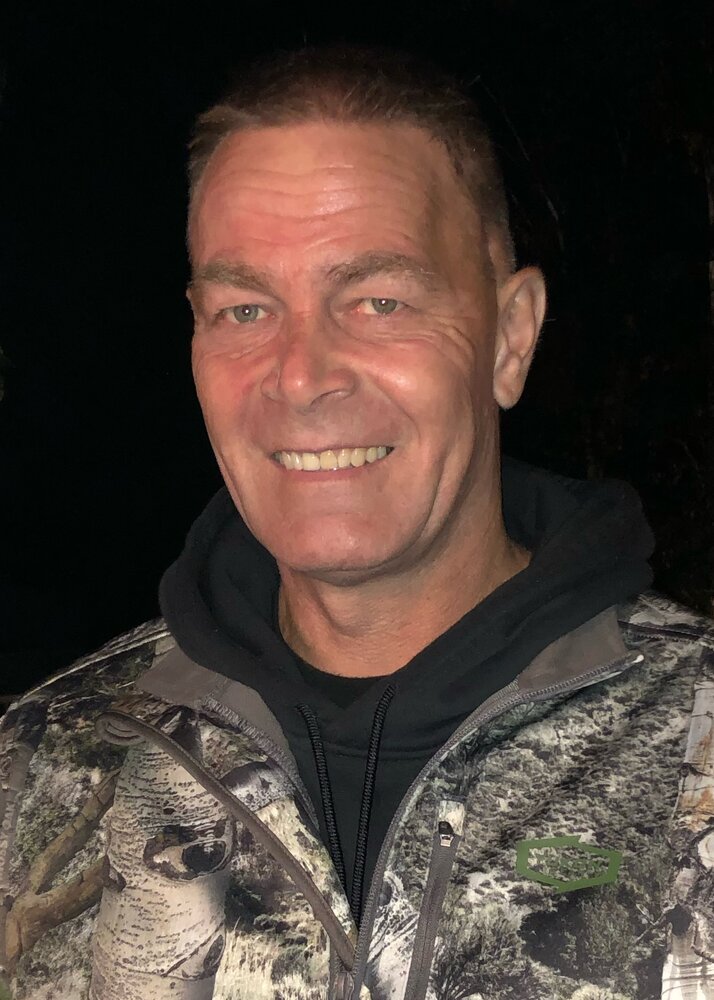 With his wife by his side, Derek Kantimer of Mitchell, MB., passed away on Tuesday May 10, 2022. at Bethesda Regional Health Centre, Steinbach, MB.  It was far too soon for him to go, but we are grateful that he made the most of that time and we were part of it.

To Derek,  family was everything and to us he was our strength.   He is survived by his wife Carolyn, and their precious children Keagan and Kaitlyn; his parents Eugene and Olga; brother Darryl (Jennifer), sister Janice; mother-in-law Josephine Leddy; sisters-in-law Catherine (Glenn) Frederick; and Eleanor (Fred) Mislawchuk; many aunts, uncles, nieces, nephews, and cousins.

In 1970, Derek was born in Winnipeg, MB.  Derek was seven, when the family moved to Zhoda, MB.  He had a smile that everyone would remember.  Derek attended Shevchenko School in Vita, MB, where he excelled at almost any sport he played and he played a lot of them; we still have the jacket to prove it.  Shortly after graduation he began his career in construction.  It was during these years that Derek became an accomplished builder and carpenter.  He was instrumental in building countless commercial projects, houses, decks and many renovation projects in the province.  His skills and impressive work ethic made him an employee who was admired by both employers, colleagues and clients.  It was with his generosity and gift of carpentry, that he contributed to many projects for family and friends.

It was in Zhoda, that he developed his lifetime love of the outdoors.  He was an avid hunter and devoted father; he combined these two passions by spending countless hours, hunting with his children Keagan and Kaitlyn. Carolyn also went hunting ... once in 1997 and was left in a tree stand, she was not invited again until 2021.

Derek and Carolyn were married in 2000 and eventually settled in Mitchell.  Derek was the ultimate family guy; spending hours, with Carolyn, at hockey rinks, baseball diamonds, gymnastics and cheer competitions, as well as triathlons.  He was a very proud dad and would “cheer” the kids on, loudly, from the stands.

In the last 18 months, during his courageous battle with cancer, he was determined not to be slowed down. In typical Kantimer style, this meant keeping  as busy as possible with frequent trips to Zhoda.  Projects with Darryl, hunting with family and friends; time was of the essence and Derek did not want to waste a minute of it.  And it was important to Derek, that Carolyn and his kids be close by so they could treasure every second.  When at home, he could be found working outside; on his hunting shack or maintaining his garage and meticulously manicured  lawn. Yes, Derek loved his green grass.  Eventually filling his days crafting deer, which many family and friends now have in their homes or yards.   Derek, the room will be empty without your smile but the memories and you will be with us always.

A memorial service will be held on Friday, May 20, 2022, at 11:00 a.m. at Birchwood Funeral Chapel, Steinbach, MB. To join the family via livestream please click HERE shortly before the service.

Donations in memory of Derek can be made to the Brain Tumour Foundation of Canada:

By Mail: Please make your cheque payable to: Brain Tumour Foundation of Canada and mail to: