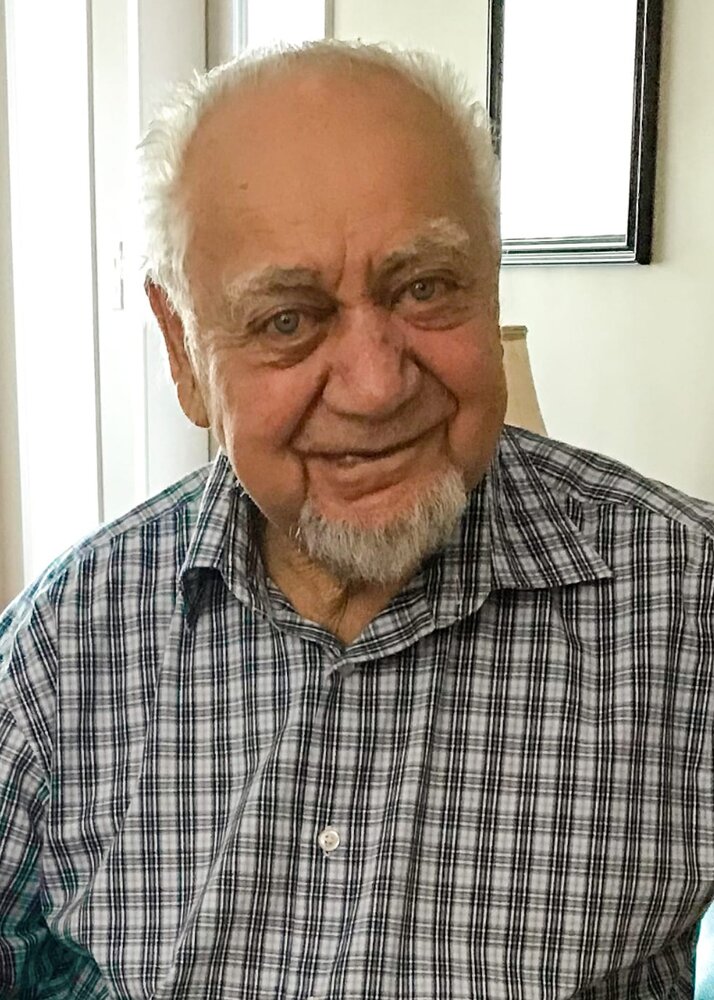 Please click HERE shortly before the service to join the family via livestream.

Art was a man of few words who loved the Lord, his family, his friends, his work and his church.  He lived a life of honesty and integrity, setting an example for his children and many who worked with him over the years. Near the end of his life he wrote a ten-page life story. Some of the words written here will be the words of Art himself.

He writes: I was born to David and Elizabeth Bartel, September 20, 1931, in Grunthal, MB. They had eight children. We were poor but didn’t know it. I learned to work hard at a young age. We had a dairy farm so my older sister and I had to help with milking. In 1945, at the age of 14, I hauled all of the gravel for the basement walls and floor of our house with horses and a wagon. It took a full day to pour the basement with a mixer and wheelbarrows.

He goes on to write about going from farm to farm to help with the harvest and finishing his grade nine by correspondence at the same time. One job that was particularly important to him was a job hoeing beets in Kleefeld. It was here that he first saw his future wife, Lena Harder and prayed that he would meet her some day. They later met and he says, “THANK YOU LORD! I married that beautiful lady from Kleefeld on October, 29, 1955.”

Art was baptized at the Elim Church in Grunthal and he promised the Lord to live for Him. He says: I did not fully understand what it meant to be born again but later on I fully accepted the Lord as my Saviour.

He had many jobs over the years including driving taxi, working at a lumber camp in National Mills, working for Kings Best Candies and Canada Packers. His first construction job was working for Jake and Otto Wiebe building houses. This began a long career as a carpentry contractor with his company Bartel Construction.

Art had many times when things did not go as he planned. On two particular occasions he writes about times when he did not know how to carry on. Both times he says he heard a small whisper from God saying, “Trust Me.” Both times God answered immediately in completely unexpected ways. These were very faith building experiences for him.

Art and Lena lived in Winnipeg and had four children, building several homes during this time.  They eventually moved to Kleefeld where Art had a short stint as a hog farmer, eventually going back to building. He built many houses, condos, churches, apartment blocks etc. joined by his brothers, brothers-in-law, son Randy and many employees. He loved his work and gave his time willingly and freely to help his children and his churches in their building projects.

In his retirement years his passion changed to his grandchildren, great-grandchildren, property development, growing trees and gardening. His home was always open to family and friends for food, games and fun. Many wonderful times were spent snowmobiling, camping, vacations and playing many games. He loved and was well loved. He is home now, safe in the arms of Jesus.

A funeral service will be held on Monday, May 23, 2022, at 11:00 a.m. at Birchwood Funeral Chapel, Steinbach, MB., with a viewing and slideshow one hour prior to the service. Reception will be held at the chapel following the service with burial to take place at Kleefeld EMC Cemetery, Kleefeld, MB.

Please click HERE shortly before the service to join the family via livestream.

Donations in memory of Art may be made for camper sponsorships to the Jared Zacharias Memorial Scholarship Project. c/o Roseau River Bible Camp Box 110, Roseau River, MB., R0A 1P0. or send an etransfer to office@roseauriver.ca ~ add a note to indicate Jared Project.

Viewing prior to the service

Get Directions
Monday
23
May