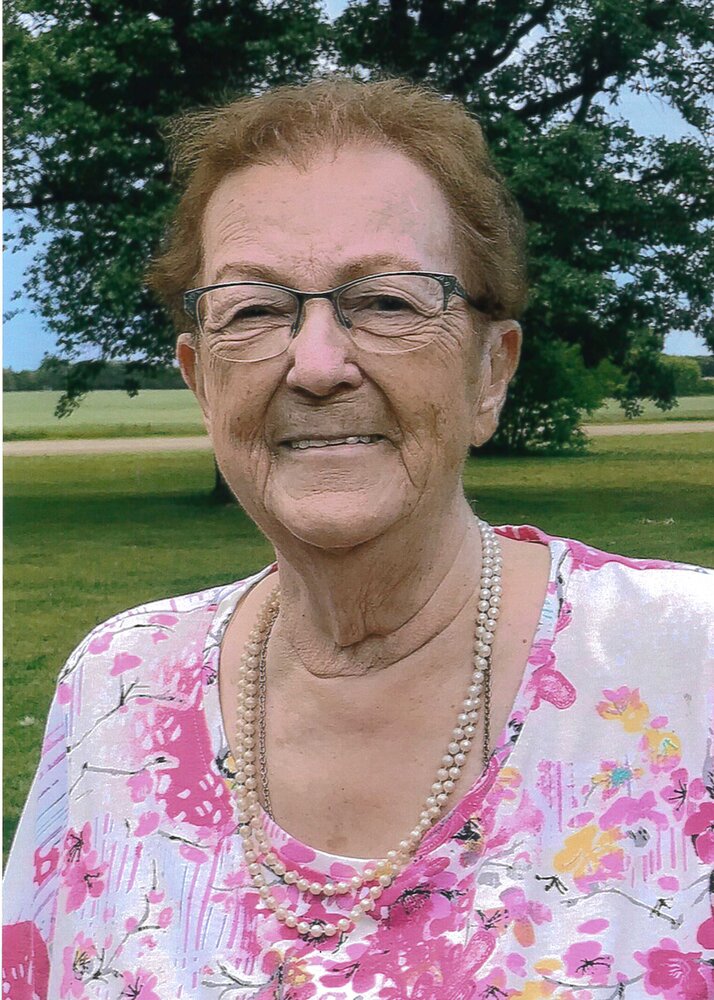 On Thursday, May 26, 2022, Joan Schultz passed away peacefully at Bethesda Place and is now surrounded by all her loved ones who have passed before her.

Joan leaves behind three daughters, Sandra (Larry Sawatzky), Yvonne (Ron Neufeld), Sherylee (Darren Blohm), and one daughter-in-law Marina. She is also survived by nine grandchildren, seven great-grandchildren, and one sister-in-law and her family. She was predeceased by her loving husband Raymon as well as her son Duane and brother Melvin.

Joan was born in Steinbach, Manitoba, on July 15, 1942, to Leonard and Ida Thompson and was baptized at St. Paul’s Lutheran Church on August 9, 1942. She attended school in Bristol where she then met Raymon and they spent much time together ever since. They later married on July 3, 1961, and had 47 loving years together.

While married, Joan was a stay-at-home mom for her four children. This is normally a hard task on its own, but Joan had to accomplish this without the support of her own mom as she had to watch her lay in a coma for 13 years. When her children became more independent, Joan started, what led to, an over 20-year career of day care work at Kinder Corner and later Rainbow Day Nursery. Her specialty was the babies room and those little children meant the world to her. She was truly a grandma to us all.

The family would like to thank the nurses and healthcare staff of Bethesda Place as well as all those who have always and continue to support our family.

A public funeral service will be held on Wednesday, June 1, 2022, at 2:00 p.m. at St. Paul’s Evangelical Lutheran Church, Steinbach, MB., with a viewing one hour prior to the service.

Donations may be made to St. Paul’s Lutheran Memorial Fund.