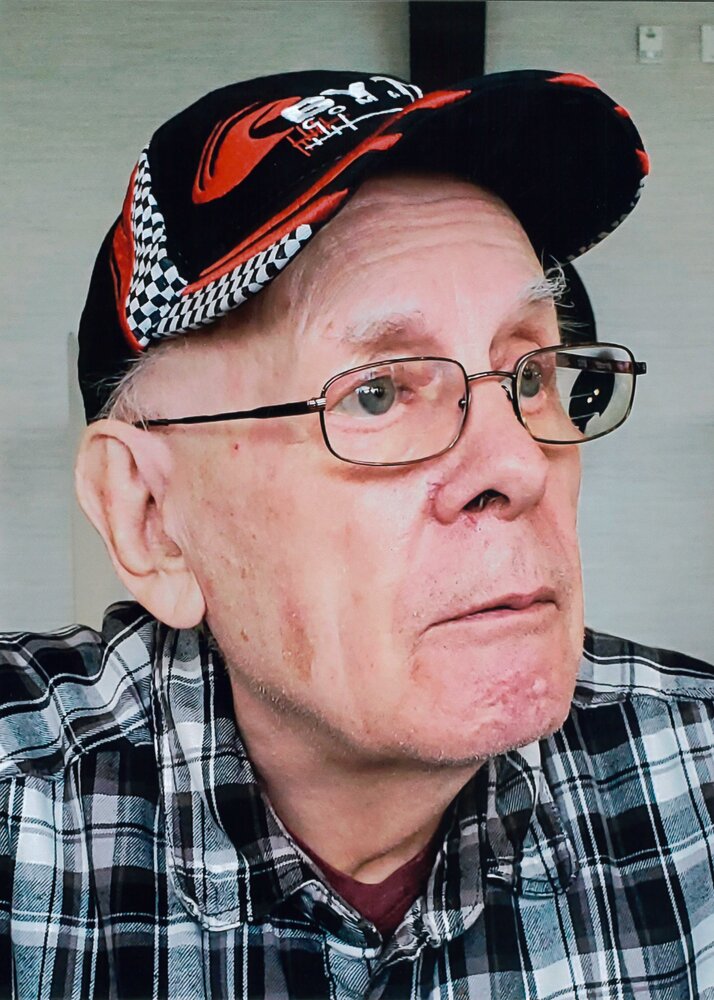 Tedd was born in Simcoe, Ontario to Leslie Vidler and Emilyne Vidler on January 29, 1943. He left us on May 27, 2022. Dad took on the name “Tedd” to differentiate himself in a classroom of several “Edwards” in his Elementary days. At age 16, as the eldest of 6 children, he left home to join the military.

Dad met our Mom, Sheila through her uncle (and Dad’s army buddy) Keith. They married a short time later. Dad continued to be posted throughout central and western Canada, and the three of us kids were born along the way. Dad was posted to Calgary, CFB Shilo, Lahr (W. Germany), London, (ON), CFB Gagetown (NB), CFB Shilo, and finally to Winnipeg where he retired (1984). He worked at Bristol Aerospace in Winnipeg until he retired a second time.

While in Edmonton, under the ministry of Pastor Bill Bye, Tedd realized his need of salvation and was born-again. This new faith made a lifelong change in him, and throughout his life, he was active as an usher, a kids leader in AWANA clubs, and one of the guys called in to help fix “stuff” around the church. Dad’s favourite verse, John 3:17 reminds us that although we are deserving of hell, Jesus did not come to earth to judge the world, but to save those who would accept Him.

Tedd and Sheila were together for 51 years, when they were separated by death. After Sheila's death, Tedd married Rosemary Angell in 2021. They were together for less than a year before Tedd's illness was discovered.

Tedd, like his father before him, had the “gift of gab”. His many hobbies brought him to meet many folks in different communities. He was involved in hunting, fishing, camping, the Boy Scouts, R/C airplanes, ukulele playing, ham radio (he was a volunteer with the Amateur Radio Emergency System – ARES) the Legion and wood-carving before he wrapped all of his hobbies into being a “Youtuber”.

Dad left us on Friday, May 27, 2022 to meet up with those believers that have gone on before. When considering if he would be busy in heaven, he bemoaned that he would be leaving his wood-carving chisels on earth. Without imperfect tools, he mused, he wouldn’t have any excuses for imperfect work.

A memorial service will be held on Saturday, June 18, 2022, at 11:00 a.m. at Birchwood Funeral Chapel, Steinbach, MB. To join the family via livestream please click HERE shortly before the time of the service.

If friends so desire, donations in memory of Tedd may be made to the Legion Poppy Fund.