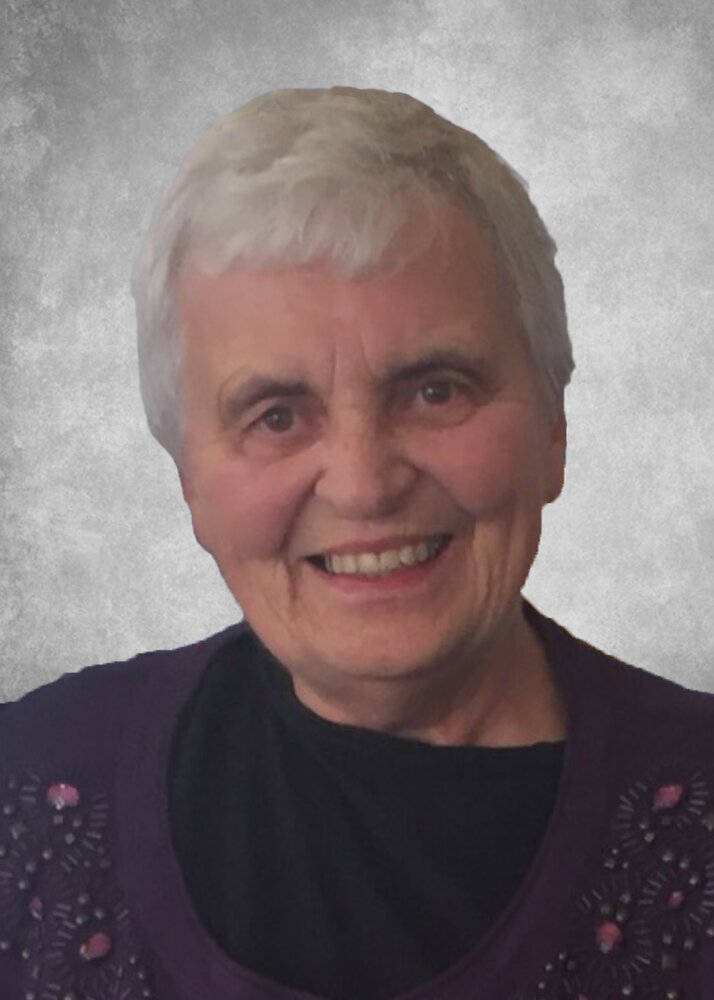 It is with great sadness that we announce the passing of our mother, grandmother and great-grandmother Irene Loretta Rempel (nee Klassen).

Irene passed away peacefully on Tuesday, June 14, 2022, at Rest Haven Care Home with daughter Marita at her side.

She is also survived by sisters Sylvia and Teresa (Iver), brother Quentin, many nieces and nephews and friends.

Irene was born in Altona, MB., on April 19, 1938. She grew up on the Klassen homestead near Gretna, MB., on the Old Post Road. Irene worked in the offices at the Fort Gary hotel on Broadway in Winnipeg, MB. She married Waldemar Rempel on August 8, 1959 and raised their children in and around southern Manitoba. She also worked in Steinbach, MB., and area for Stats Canada and for many years was secretary at Grace Mennonite Church where she was involved with Women in Mission. Irene also worked at Gatten Chiropractic Clinic and sewed clothing in a joint venture with a daughter-in-law and niece, Kids'R'Kute.

Playing cards was an important pass time for mom & dad, countless games played with family and friends or just the two of them gave such great pleasure. Garage sales were also a passion. Irene attended so many, collected so much and held sales of her own numerous times, always a joy for her. This seemingly tireless lady gave to so many in a vast array of ways, volunteering was a joy for her. Her waffles at Grace church on Valentines Day, Christmas ladies aid parties, her help in the kitchen at Steinbach Mennonite Heritage Village, her able hands at The Steinbach Arts Council. Irene was always willing to wear a brightly coloured t-shirt for Pick up & walk in Steinbach. She saw many a patient to appointments when they were unable to drive.

Mom enjoyed many years at Lilac campground in her trailer during the summer with her serger & sewing machines in tow as well as her trusty typewriter. Never to busy for family she cooked, sewed and worked with vigour for those she loved. Passing on recipes she taught her children and grandchildren how to cook and bake the things they loved. Always ready for company she was ever welcoming to all and especially to her family.

Cremation has taken place and a private family ash interment service will take place at the Blumenort/Gretna Cemetery at a later date.

No memorial service is being planned for Irene Rempel as per her wishes.

God looked around his garden,

And found an empty place.

He then looked down upon the earth,

And saw your tired face.

He put his arms around you,

And lifted you to rest,

God's garden must be beautiful,

He always takes the best.

He saw the road was getting rough,

And the hills were hard to climb,

So, he closed your weary eyelids,

And whispered, 'Peace be thine'.

It broke our hearts to lose you,

But you didn't go alone,

For part of us went with you,

The day God called you home.