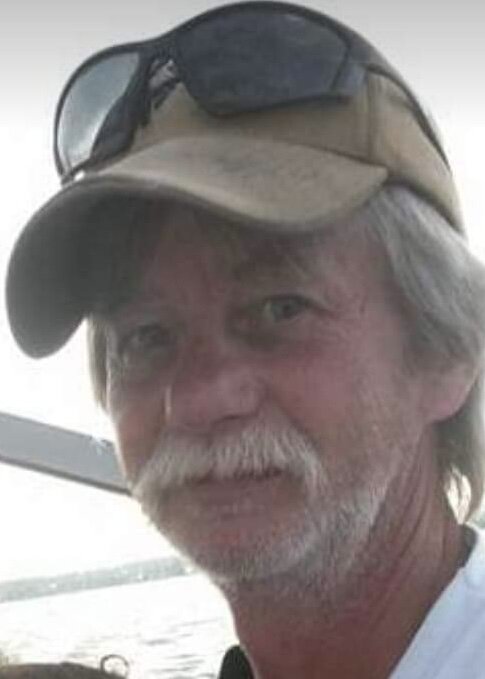 The funeral service will be held Thursday, September 1, 2022 at 2:00 p.m. at Birchwood Funeral Chapel, with viewing prior to the service. To join the family via livestream, click HERE.  Burial will take place at Blumenort Community Church Cemetery, Blumenort, MB.

It is with deep sadness that the family announces the passing of Kenny (Ken) Neufeld on Friday, August 26, 2022 at Bethesda Regional Health Centre, Steinbach, MB, after a long and courageous battle with cancer.

Ken was predeceased by his grandparents, sister Mel Neufeld, and niece Jodi Purchase.

Ken was born on October 13, 1968 in Paraguay, South America.  When Ken was 12 years old his family immigrated to Canada.  Ken was baptized upon confession of his faith in 1990.  In 1999 he married his love Suzanne Teichroeb.  Along with his role as husband he also became dad to Jordan.  Ken took great pride in caring for his new family.  Ken and Suzanne were blessed with another son Josh and that completed their family until the grandkids came along and he proudly added his new title of  “Papa”.  Ken loved spending time with his grandkids and the grandkids loved their Papa.

Ken also enjoyed going out on his boat.  He especially looked forward to the annual Teichroeb camping vacation.  This was a week of sitting around campfires, performing skits, and enjoying countless hours of fishing and tubing on the lake with his boat.  Even though Ken was very much an introvert and more of a home body he cherished this annual tradition and looked forward to it every year.

Ken was a loyal, quiet, unassuming man with a natural mechanical aptitude.  He was always quick to lend a hand whenever anyone needed help, especially if it involved fixing their vehicle.  Ken also enjoyed watching sports and tried to stay awake on Thursday to watch the Blue Bomber and Blue Jays games but he dosed off before the games were over.  At 2:00 am on Friday morning, hours before Ken passed away, he called Suzanne and the boys to his bedside.  The first thing he asked Suzanne, his sportscaster as he referred to her, was who won the Bomber game and the Blue Jays’ game the night before and was pleased to hear both his favourite teams had won.

Ken’s first and only job was at Brookdale Pontiac (now known as Ledingham GM).  He started washing cars there when he was only 15 years old.  Seeing Ken’s mechanical abilities, Brookdale sent him to Red River College to get his mechanic license.  Ken often commented that he had taught the instructors more than they had taught him.  Being a mechanic turned into a lifetime job for him and he left Ledingham shortly after his 50th birthday when he was no longer able to work due to his physical restrictions from the cancer.  He physically left but his heart remained loyal to the GM brand.  As a matter of fact, when the ambulance came to pick him up last week Monday he even commented to the ambulance attendant that he was glad to see that his final ride on earth was going to be in a GM.

The rheumatoid arthritis and subsequent cancer diagnosis in December, 2016 changed the dynamics of Ken’s life.  He went from being the caretaker and helping everyone else to now needing to allow others to help him.  This was difficult for a man that had always been the go-to guy in the family for all our car repairs.  He could no longer work on cars due to his physical limitations.  He had to rely on his family and friends to be his hands and feet and take care of things for him.  When asked how he was feeling or if he needed anything he would more often than not respond with “I’m doing ok.  See if you can do something for Suzanne as this is hard on her”.  Even when Ken was in a lot of pain and discomfort his concern was always about making sure Suzanne was going to be cared for and looked after when he was gone.   We will make sure your family is taken care of.   Ken you fought the good fight now you can rest in peace in the arms of Jesus.

“So also you have sorrow now but I will see you again and your hearts will rejoice and no one will take away your Joy” John 16 verse 22.

Thank you to all friends and family that have supported us during Ken’s journey and in that past week.  Thank you to palliative care, cancer care, the homecare nurses, and Dr. Reimer for the great care you took of Ken.

The funeral service will be held Thursday, September 1, 2022 at 2:00 p.m. at Birchwood Funeral Chapel, with viewing prior to the service. To join the family via livestream, click HERE.  Burial will take place at Blumenort Community Church Cemetery, Blumenort, MB.