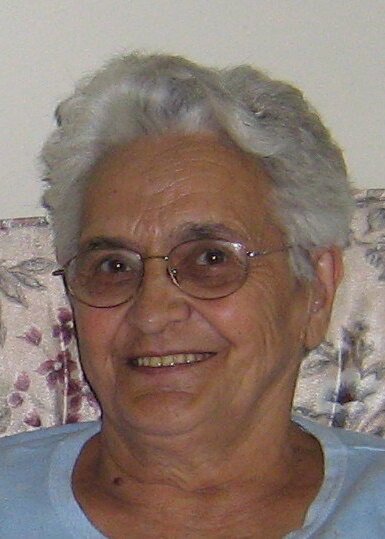 The service will be held on Saturday, September 3, 2022, at 2:00 p.m. at Birchwood Funeral Chapel, Steinbach, MB., with a viewing prior to the service. To join the family via livestream, click HERE. The burial will take place following the service at Heritage Cemetery, Steinbach, MB.

It is with great sadness that the family of Katherine (Thiessen) Harder, of Carmen, MB, announce that she went home to our Heavenly Father on Monday, August 29, 2022.

She was born to the late John P. and Agatha Thiessen on August 29, 1930, in Osterwick, MB. She spent her first nine years here until her parents moved the family to Mayfeld, MB, in 1939. Kay helped raise her seven siblings and helped on the family farm. You could find her out working on the fields and harvesting in the garden during the day, while listening to and playing music in the evenings and weekly with her cousins. She was a strong woman who had many talents, but continued to learn new things as she got older: she took a sewing class, learned English and took a nurse’s aid course. Kay worked at several hospitals in the Winnipeg area and volunteered at her church as well as several local establishments. She married the late Ben (Bernard) Harder on May 21, 1953, they lived in Winnipeg, MB, for seven years where they started their family before locating to Gladstone; then in 1974, they began to set their roots in the Steinbach, MB, area where they continued raising the last two of their four loving children. Kay was predeceased by her husband in 2005.

Kay was predeceased by her husband Ben Harder (2005), her daughter Eleanor Harder (2013), son-in-law Ed Rousset (2012), her parents, brothers: Pete, John and Henry; sister Agatha; as well as countless other loved ones.

To Tina (as most would call her) family was her everything. She loved them all wholeheartedly and was immensely proud of her family. She leaves behind nothing but beautiful memories. Kay loved to cook and you felt that with every meal she placed in front of you. She also very much loved attending church and singing hymns. Kay could regularly be found keeping busy with doing crafts and crocheting for someone in the family when she was not in her flower beds where she has been known to spend countless hours. Everything she did was full of love.

The service will be held on Saturday, September 3, 2022, at 2:00 p.m. at Birchwood Funeral Chapel, Steinbach, MB., with a viewing prior to the service. To join the family via livestream, click HERE. The burial will take place following the service at Heritage Cemetery, Steinbach, MB.

In lieu of flowers, donations may be made to a charity of your choice.

Rest in peace Mom. It’s not goodbye…we will see you again.

“He will wipe away every tear from their eyes, and death shall be no more, neither shall there be mourning, nor crying, nor pain anymore, for the former things have passed away.” ~ Revelation 21:4