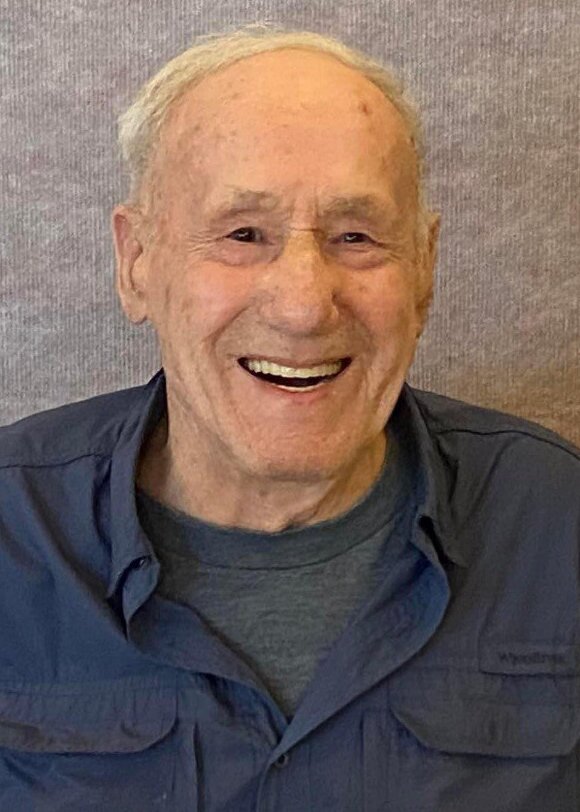 The memorial service will be held Friday, September 30, 2022, at 1:30 p.m., at Birchwood Funeral Chapel, 162 PTH 52W, Steinbach, MB. Coffee and dainties will follow. The interment will take place at Ste. Anne Roman Catholic Church Cemetery, 162 Centrale Avenue, Ste. Anne, MB. To join the family via livestream, click HERE shortly before the start of the service.

It is with deep sorrow that we announce the passing of our dear father and grandfather Denis Olivier Grégoire on Monday, September 26, 2022, at the Ste. Anne Hospital, at the age of 88.

He will be greatly missed by his two children, Daniel Grégoire, Michelle Grégoire, and his grandson Stéphane Grégoire.

Denis was born on March 23, 1934 in St. Jean Baptiste, Manitoba. He was the oldest son in a family of 11, and was deeply admired and appreciated by his family. After graduation from school, he attended MIT where he trained as a mechanic and apprenticed with Marcel Dorge. In 1957 he moved to California where he settled and worked as a mechanic. Soon after, at the end of 1957, he was drafted by the United States Army and served a term in Germany. He returned to California in 1959 where he continued to work, eventually marrying and having two children. In 1966, he returned to Manitoba and moved to Ste. Anne with his family to establish George Grégoire & Sons LTD with his father and brothers. The Esso Gas and Service Station remained a fixture in Ste. Anne for another 30 years, after which Denis passed on the business to son Daniel in 1996.

During his many years living in Ste. Anne, Denis was very active in the community, working as part of the town council and with the fire department for many years. He was very hardworking and a solid community member, always staying abreast of current events and politics. He loved reading the paper every day and watching the news. He enjoyed active and frequent political debates, and always kept his opinions well informed. He has always had an active mind, and was capable of fixing and building almost anything that he put his mind to.

In his later years, Denis enjoyed attending car races with his son and the Grégoire Racing Team. He was a well-loved fixture at the local Ste. Anne restaurant and enjoyed having coffee with friends and family. Through his later years, he continued fixing cars and having his special projects. Denis enjoyed his final months at the Villa Youville where he was able to be around others and be well cared for.

We will deeply miss his big smile, his warm heart and his rock solid support.

The memorial service will be held Friday, September 30, 2022, at 1:30 p.m., at Birchwood Funeral Chapel, 162 PTH 52W, Steinbach, MB. Coffee and dainties will follow. The interment will take place at Ste. Anne Roman Catholic Church Cemetery, 162 Centrale Avenue, Ste. Anne, MB. To join the family via livestream, click HERE shortly before the start of the service.

The family wishes to extend their gratitude to everyone at Villa Youville, and to all the nurses and doctors at Ste. Anne Hospital who worked tirelessly to care for Denis.