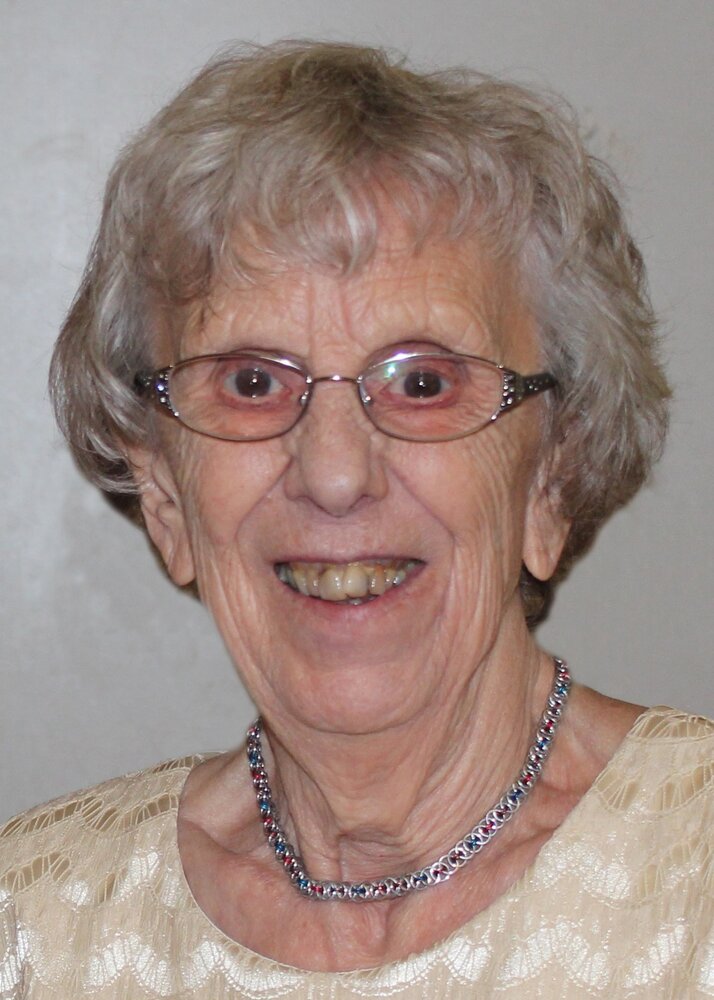 She will be sadly missed but lovingly remembered by her daughter Jacqui, son Carl and daughter-in-law Donna; her brothers Victor (Rebecca) and Rudy (Lorna); sister-in-law Vera and sisters Katie, Helen, Margaret and Betty; and numerous nieces and nephews, friends and acquaintances.

Erna's life was marked by an adventurous and caring spirit. She was a gentle and generous trailblazer with a subtle wit. After moving to Winnipeg from the family farm in Chortitz, she worked at a bank before getting her nursing LPN diploma in 1951. Thus began her 71-year career.

One of her fond stories was about working in The Pas hospital where she was called Nohkom by her patients - a term of respect meaning "grandmother". She worked two terms with Mennonite Central Committee: as a nurse in Twillingate, Newfoundland and then Belize (formerly British Honduras) in the Mennonite colonies. In Belize she arrived in the aftermath of Hurricane Hattie and ended up cooking for the relief workers. She loved riding the Willys Jeep and often talked about their pet monkey. She later worked at the old Bethania personal care home and then, after her marriage, at the current site.

After her marriage in 1965, their travels took them to Canadian Mennonite Bible College (where Jacqui was born) and Bethel College in Newton, Kansas (birthplace of Carl); then up North for a number of years where she practised her nursing while Egon taught and was principal in Bloodvein and Jackhead. She also practised at Steinbach Hospital, Concordia Hospital, Menno Home in Abbotsford, Boyne in Carman, Salem in Winkler, and Meadowood Manor in Winnipeg where she retired.

Erna and Egon travelled extensively in Canada and the United States. They loved camping and exploring - with their children - in canvas tents, then their camper van and, later, they continued to enjoy the great outdoors at their Elkhorn Resort timeshare.

Her love and hospitality extended to family, friends, and strangers. The network of friends Erna developed with Egon was extensive. Her devotion to her husband and children…humour…love of adventure…and joy of life…were all expressions of the love she lived.

Thank you to all the wonderful caregivers at Riverview who made her last two years so special.

The memorial service for Erna and Egon will be held on Friday, October 21, 2022 at 2:00 p.m. at Bethel Mennonite Church, 465 Stafford Street, Winnipeg, MB.  To join the family via livestream please click HERE shortly before the time of the service.

Interment for Erna and Egon will take place at Brookside Cemetery at a later date.

If friends so desire, donations can be made to MCC, Camps with Meaning, or a fitting charity of your choice.