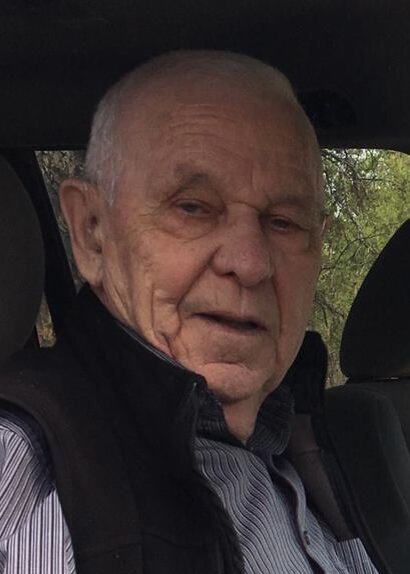 Memorial service will be held on Friday, October 28, 2022, at 2:00 p.m. at Birchwood Funeral Chapel, Steinbach, MB. To join the family via livestream, please click HERE shortly before the start of the service.

Albert was born on November 7, 1931, to Frank and Mary Toews in Gretna, Manitoba. He was the oldest of six children.

He was predeceased by his parents as well as two brothers, Irvin & Ron and one brother-in-law Wilf Johnson.

Albert was passionate about nature and gained a wealth of knowledge through a lifetime of research observation and experience. Many young men respected him for the wisdom that he happily passed on to them.

It was a great loss for Albert when his hearing began to fail and he could no longer distinguish between bird songs or hear the drumming of a grouse. Then his legs failed and he could not go for long tromps in the bush which was his favorite pass time. When his eyes no longer focused well enough to accurately put his sights on a deer he really felt like everything he so dearly loved had been taken from him.

Most of Albert’s childhood memories seem to come from the three years his family lived in Gardenton, MB, in his early adolescence. In his last years he became very fixated on those memories and would request frequently to take a drive out there.

Albert struck out on his own at a very young age. He worked one summer on the railway and then spent a year in Wabowden, MB, responding to an ad for a store clerk in the Hudson’s Bay Company. He already had his eyes on a girl back home and married Elizabeth Unrau on April 18, 1952. Their daughter Carey was born in October 1954. Albert delivered milk door to door with a horse and cart in Steinbach and then worked for Penner tire and Rubber company for approximately 20 years. He then did stucco work with his brother-in-law Herman for four years and finished his working days in the heating division of Barkman Plumbing & Heating.

Albert always found his greatest peace in the bush and would often say that he worshiped God best in the cathedral of trees. Somewhere along the way he realized that he was meant for fellowship with people and together he and Elizabeth were baptized in the EMB Church in Steinbach on Easter weekend 1966 on confession of their faith in the saving grace of Jesus Christ . This was a life changing time for him. He found a way to use his natural gifts in the church by leading boys in Christian Service Brigade. A special joy for him was the annual canoe trips with the boys which he planned for in great detail.

He had a few favorite destinations that he frequented many many times over his life time. One was the Whitemouth River where he paddled his canoe. Another favorite area was the Sandilands Forest where he knew every fire road and trail precisely.

Albert always enjoyed reading, especially anything nature related, indigenous history, or Civil War. When he got a computer he spent many hours on genealogy searches.

Albert became increasingly sentimental as he aged and would express his deep gratitude for the family God had blessed him with. He especially loved his wife of 69 ½ years, Liz. He was concerned that she would be well physically and that she would be happy. It was very sad for him to be separated from her the last year of his life when his physical limitations made it necessary to move to a care home. He did however accept his new home with resignation and a thankful spirit. He often marveled that the staff would cheerfully look after an old man. Thank you to the staff at Bethesda Place who treated Albert with such respect and gentle care.

On Wednesday, October 19, 2022, at 11:33 p.m., Albert was ushered into the presence of his saviour Jesus Christ. He will be missed but we would never wish him back. He is home where he belongs.

Memorial service will be held on Friday, October 28, 2022, at 2:00 p.m. at Birchwood Funeral Chapel, Steinbach, MB. To join the family via livestream, please click HERE shortly before the start of the service.

There will also be an open mic during the lunch and the family would welcome your remembrances.