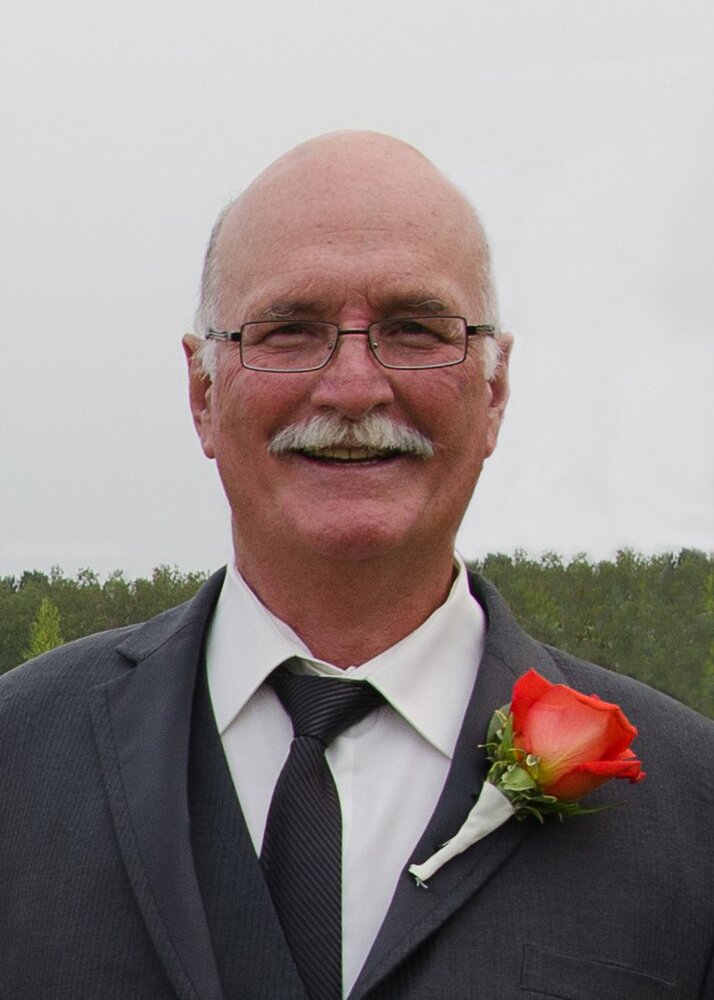 A memorial service will be held on Sunday, December 4, 2022, at 2:30 p.m. at Birchwood Funeral Chapel, Steinbach, MB, with a private family ash interment at a later date. To join the family via livestream, please click HERE shortly before the start of the service.

It is with great sadness that we announce the sudden passing of Patrick Prasek at his home with his loving wife of 53 years, Anne, at his side on November 24, 2022. He is survived by his son Darby (Lyssa), daughter Arlene, son Christopher (Sheri), and daughter Adele (Kevin); his grandchildren Chelsea, Shane, Janessa, Alex, Brett, Kaisha (Matthew), Conner, and Areanna; and his great grandchildren Rachel, Liam, Elijah, Watson and Kalila. He is also survived by his sister Nancy (Hallard); his brothers-in-law and sisters-in-law Abe (Helen), Mary, Jake (Linda), John (Shelagh), Laura, Helen (Gordon), Peter, and Christine (Jamie); and his numerous nieces and nephews. He was predeceased by his parents Leslie and Cecile, his parents-in-law Henry and Maria, his brothers-in-law Gary and George, and his sisters-in-law Tina and Marge.

Dad was born on October 25, 1947, in Steinbach, Manitoba. He grew up on the shores of Whitemouth Lake where he enjoyed hunting, fishing and milking cows with his mother while his father worked in the bush. After finishing school, he went to work at the University of Manitoba where he met the love of his life, Anne. They were married on May 31, 1969, and they were blessed with four children who were born in quick succession over the next six years. They started their married life in Thompson, then moved to Winnipeg where Dad worked as a mechanic until 1972 when they joined his parents’ dairy farm back at Whitemouth Lake. In 1980 after losing the farm in a devastating fire, Mom and Dad moved to Piney where they started over and farmed until 2002. They stayed in Piney for another 10 years, during this time Dad worked construction with Christopher for a time and then at the saw mill in South Junction. In 2012 after Mom and Dad sold their farm, they moved to St. Malo where Dad drove school bus for DSFM.

Dad could always be counted on to help out anyone at a moment’s notice. He was happiest when he was surrounded by his family, especially when everyone was all together out on the lake fishing. During the last 10 years, Dad was not only a school bus driver, he was an honorary grandfather to many of the kids on his school bus.

Last month, our family had a wonderful celebration for Dad’s 75th birthday. We will cherish the memory of how happy Dad was that day.

A memorial service will be held on Sunday, December 4, 2022, at 2:30 p.m. at Birchwood Funeral Chapel, Steinbach, MB, with a private family ash interment at a later date. To join the family via livestream, please click HERE shortly before the start of the service.

In lieu of flowers, donations may be made to CancerCare Manitoba or Diabetes Canada Manitoba.