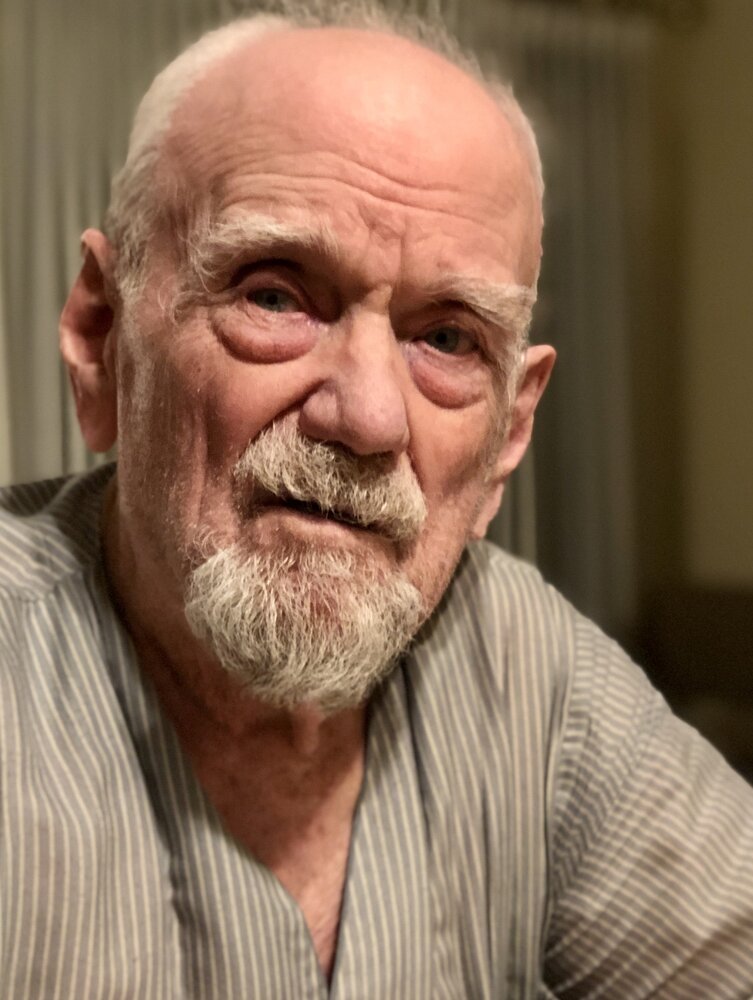 John P. Friesen was born during a time of upheaval and unrest on October 23, 1921, in the village of Petershagen, Russia (now Ukraine), the second of eight children of Peter Friesen and Anna Thiessen.

As a young child, he benefitted from the food aid to Mennonites in Russia provided by Mennonite Central Committee. His father stated many times that MCC saved them from starvation. John became a lifelong supporter of the work of MCC, volunteering for the organization and supporting them financially.

In 1924, the young family moved to Canada and eventually settled along the Assiniboine River in the Marquette area, where John attended Allarie School until grade eight.  He spent nearly 50 years farming with his brothers, and they were all known for their hard work, self-sufficiency, and ingenuity.

He was baptized at Pigeon Lake Mennonite Church on May 25, 1942. Believing that Christians should not kill others, he became a conscientious objector during the Second World War, spending two years in alternative service working at a dairy farm. He returned to school in his mid-20s, earning a high school diploma from MBCI in 1950, and then graduating with a degree in theology from Canadian Mennonite Bible College (now CMU) in 1953. He moved to Mexico after graduation to work in the Mennonite colonies as a teacher and minister, and soon after met Mary Giesbrecht. The couple married in Winnipeg on Aug. 27, 1955, and returned to Mexico, where four of their seven children were born. Three more children were born after the family moved back to Manitoba in 1960, where John returned to farming and worked for several years as manager of Camp Assiniboia. In retirement, he volunteered at the MCC thrift shops on Sargent and Selkirk, where he was known as the guy who could repair anything. He gave up his volunteer work and his driver’s license at the age of 95.

John’s Christian faith was central to his life and he instilled those values into his children. He was a true and faithful servant and this quiet steadfastness was appreciated by his large circle of friends. He was active in church life at Charleswood Mennonite and later Bethel Mennonite.

He loved connecting with his large and growing clan at family birthdays and holidays. He was generous with his children, assisting them in buying their first homes and then offering to renovate and repair them. After retirement from farming at age 65, he and Mary traveled extensively, visiting China, Israel and countries in South America and Europe. He spent many happy hours in the woodworking shop at Bethel Place, where they lived for 17 years. Two years ago, facing health limitations, John and Mary moved into the home of their granddaughter Nicole, where they found much joy in living with great-grandchildren Chloe and Caleb.

Special thanks to Nicole, Waldo, Donna and Michelle, for their caring and compassion, and to Chloe and Caleb, two great-grandchildren who brought much joy and life to GG and the household. Thanks also to Bethel Mennonite Church for their pastoral care.

Burial will be prior to the service at Sage Creek Cemetery.