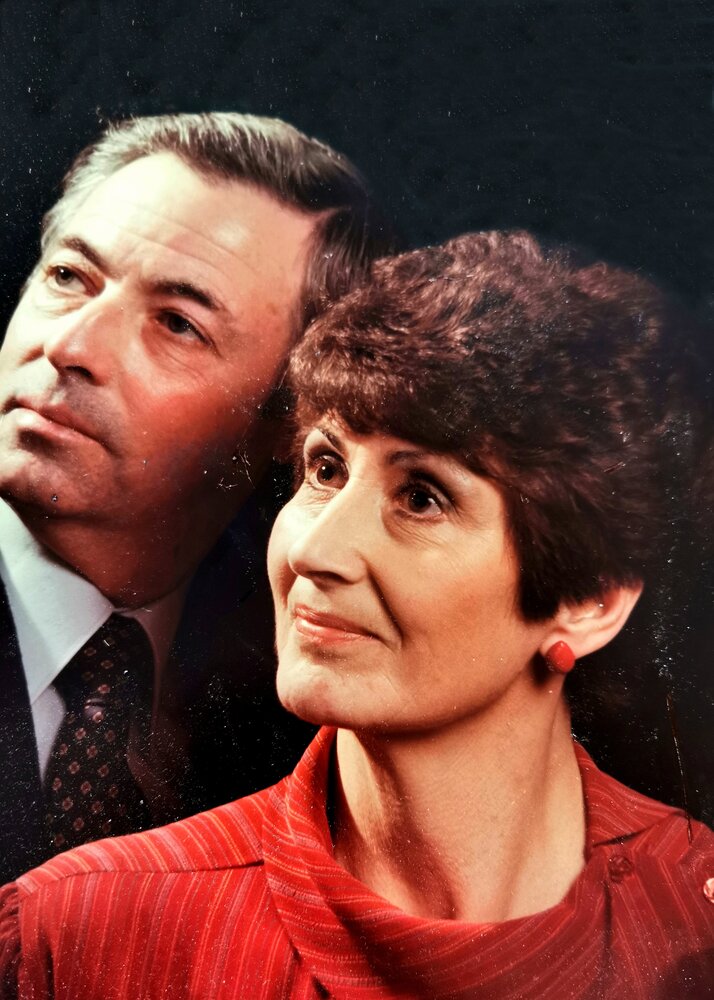 Joyce Elizabeth Coyle passed away on Friday, December 16, 2022. Joyce was born in London in the pre-war era. She was one of six children born to William and Mary King.

Joyce passed 12 weeks after her husband, George Coyle. She was also predeceased by her brother Barry and sister Joan.

Joyce is survived by her son Stephen, daughter-in-law Monique, granddaughters Louise and Sarah, her sister Brenda and her brothers John and Michael.

Joyce was a bright student but her studies were interrupted by World War II. The family lost their home on nine occasions during The Blitz on London. The children were evacuated to a farm in Durham, England but were soon begging to come home to return to the rest of the family. Much of the remaining war was spent in shelters and the underground subway stations of London.

After recovering from a severe illness, Joyce resumed schooling but soon had to leave school and go to work on behalf of the family. She was quite an accomplished writer and artist in her own right. Joyce worked at many different stores and became the manager of a pharmacy.

She met George when he was discharged from the Navy and they married in 1951. Joyce then concentrated her efforts on sustaining the family and raising Stephen. She was proud when he got into medical school and graduated from Newcastle University close to where she was evacuated to during the war.

George and Joyce came to Canada in the mid-1980s living in Charleswood, St Anne's and the last few years in Niverville. They loved Canada and felt their happiest here in Manitoba.

Her family would like to thank the doctors of St Anne's and all the staff of Heritage Lodge for their care of Joyce over the years. She has now finally found the peace that she was always searching for.