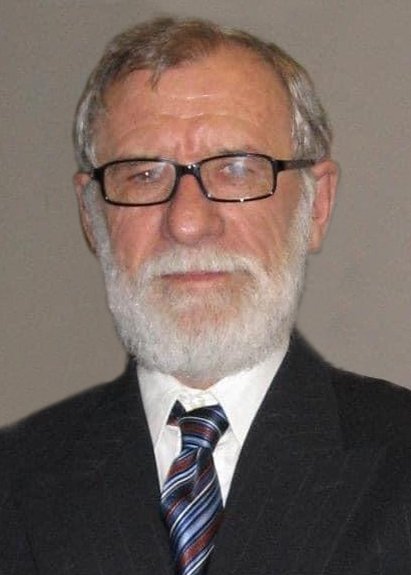 Peacefully with his wife and children by his side, William Dueck (Bill) Giesbrecht, 71, of Steinbach, MB, beloved husband of Dorie, passed away on Monday, August 10, 2020 at Grace Hospital in Winnipeg, MB.

Besides his wife Dorie, of 48 years, he leaves behind his daughter LaShawn (Wes) and their daughter Calysta of Niverville, MB; son Wes (Micaela) and their sons Maddox and Hendrix of Winnipeg, MB.  He is also survived by four brothers:  Jake, John (Annie), Peter (Nancy) and Eric (Viola); three sisters: Mary (James), Anna (Jake) and Frieda, and their respective families.

He was predeceased by his parents, John and Justina Giesbrecht.

Bill was born in Menno Colony, Paraguay to John and Justina on May 4, 1949.  He grew up, the oldest of 8 children, in Loma Plata, Paraguay completing high school and bible college before the family immigrated to Canada.  Bill was 17 years old when the family came to Canada, settling in Niverville, MB in 1966.  In his early years, he tried his hand at the trades and started his apprenticeship as a plumber but eventually got his ticket as a power engineer.  Bill could be seen in his young bachelor years cruising southeast Manitoba on his Ducati motorbike and later on in his little yellow Datsun sports car.  At the age of 22, he met and fell in love with his sweetheart Dorie, 19.  The two were married on May 27, 1972.  They built their first home in Niverville, MB before later moving to south Winnipeg where they raised their children.  Although times were not always easy for the couple, they modelled a Christ-centred marriage and raised their children to know and love the Lord.  It was this Christ-centred life that also formed a strong work ethic.

Bill was often recognized wherever he went due to his 33 years as head custodian for Pembina Trails School Division.  Many fond memories were made in those years where countless students and staff affectionately referred to him as “Chief.”  He invested numerous years serving in his union for much of his time with Pembina Trails and passionately sought solutions for the good of the members that he served.

He will also be remembered by those close to him for his deep love for bible prophecy and for his support for the nation of Israel.  He was passionate about sharing the exciting things he was learning and had recently renewed his FCA ministerial license to be able to teach deep insights from the Word of God.  Besides this, his greatest personal joy was to spend time with family, notably his three precious grandchildren as well as with the many friends he and Dorie would regularly meet up with for coffee.

In lieu of flowers, donations for church missions to Cuba will be accepted in Bill’s honour.  Cheques may be made to Gospel Outreach.  E-transfers to gbroesky@shaw.ca, text answer to (204) 326-9900.

The family wishes to extend their deep gratitude to the ICU medical team at Grace Hospital.  Special mention to Dr. Kelly Kaita, Dr. David Peretz, Dr. Charles Bernstein and Dr. Brady Kornelson.  Thank you for the years of diligent care and kindness.  We would also like to thank Bill’s church family at Gospel Chapel in La Broquerie, MB for their continued love and support.

The private family service will be held on Wednesday, August 19, 2020, at 2:00 p.m. at Birchwood Funeral Chapel, Steinbach, MB.

To join the family via livestream please visit the link below 15 minutes prior to the service.