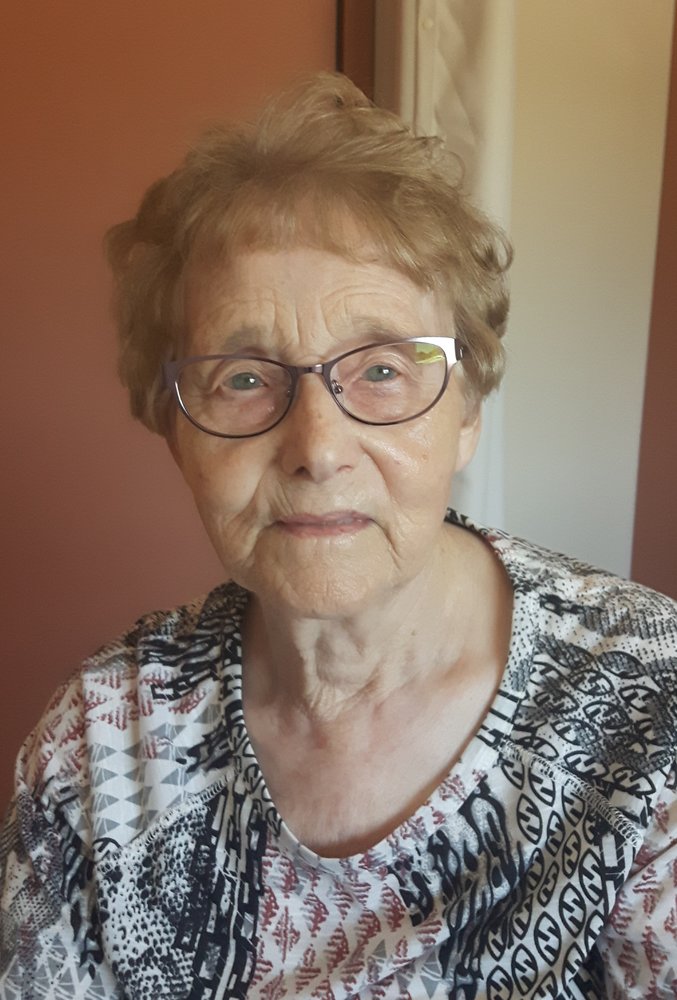 On Tuesday, November 17, 2020, Heaven reached down and called our precious mom & grandmother, Jessie Bergen (nee Klassen) home. Jessie passed away peacefully at the Bethesda Personal Care Home, at the age of 91.

Mom was predeceased by her husband Jacob G. Bergen of 47 years, her son Gary, and her grandson Derek.

Mom was born June 5th, 1929, in the Rosenfeld district where she grew up with her 15 brothers and sisters. She got a job in her late teens in Winnipeg as a home care worker up until the time she married Jake in June of 1950. After living in Winnipeg for a few years they pulled up roots and moved to Beardmore, Ont, then in 1960, they came back to Manitoba and settled in Steinbach, Niverville, Winkler, Blumenort and finally back to Steinbach in 1995.

Mom was a soft-spoken woman who did not believe anger or criticism were a way to solve a problem. She had a great sense of humour and a very kind heart; she would always look for the good in people. If you had a question about someone’s birthday or age....she would always say...”Let me check my book”, if you received a call on your birthday with a birthday song on the other end it was Mom. She remembered everyone's birthday and special event, she also had it all listed in her little brown book.

Mom enjoyed playing games.... she was a force to reckon with whether it was a game of cards, board game or in bowling, which brought her many awards and lapel pins. she was hard to beat. She could spend hours on a weekend gathered with friends or family just laughing and playing games. Mom’s door was always open. She especially loved to spend time with her grandchildren and great grandchildren.

Mom volunteered for many years at the Mitchell Seniors Centre which she had to give up after a bad fall in the summer of 2016.

Mom’s faith in God never wavered. Her love for Christ was evident in all she said and did.

Mom will be greatly missed by those who knew her and loved her. Love you Mom! Miss you, until we meet again!

Special thanks to the staff at the Bethesda Personal Care home for all the kindness and care they showed Mom over the past two years.

A private family graveside service will be held at a later date.