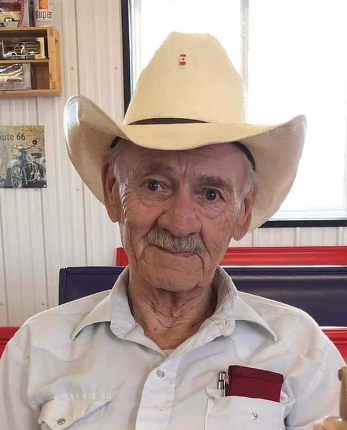 It is with deep sadness that we announce the passing of Walter Friesen. He knew so many people and was loved by so many. Walter passed away peacefully at Ste. Anne hospital at the age of 71 years and 3 months and 16 days, in the early morning hours of Tuesday January 26th, 2021 while he was on the phone with Helen, after he had sent everyone a travel sending hugs gif. We took it as him saying goodbye and that he loved us.

Walter leaves to mourn his five children & their families.  He is also survived by his partner Helen.  Also survived by his siblings one brother Pete (Helen), sisters Henrietta (Jake)Neudorf, Tina (Abe) Teichroeb, Anne (Dick) Hiebert as well as many nieces and nephews. One aunt Barbara Sawatsky in Mexico.

Walter was predeceased by his parents and brother David at the age of 2 years and 10 months. Nephew Wilmer, Niece Elsie, Brother-in-law Peter Hamm and sister-in-law Mary Friesen.

Walter was born on October 10th, 1949 to David and Anna Friesen (nee Friesen) at the Reddekop MCC mission station hospital in Santa Clara Chihuahua Mexico. Where we had our church and school where he attended later. He was born two months premature and could fit into a shoe box, he had to be incubated and survived. At age 3 he was accidentally run over by a tractor driven by his dad. Dad carried him inside thinking he was dead, his Mom opened the door and fell on her knees praying and Walter started breathing again miraculously.

At the age of 10 the family moved to Quellen Colony in Jayeous, because our parents wanted to attend the EMC church that had brought the salvation message to our home. As a child he always had little bunnies and took good care of them. He was a very active little boy and Mom didn't know one day what to do when she realized that school was in the big room of our house so she asked the teacher if he could give him something to do, he was 5 years of age at the time, well Walter liked school and the teacher said he could come to school  As A teenager he really enjoyed riding his horse and helping on the farm. At age 14 the family moved to Blumenort Mb. Canada. Walter wrote a story of our trip to Canada and entered it in the newspaper and won a prize so he bought himself a good Camara.

He did not enjoy school in Canada, too big of a culture change. He left school as soon as he could and got a job at Loewen Millwork now Loewen Windows. He accepted Jesus as his saviour as a young boy still in Mexico. He was baptized on the confession of his faith in Blumenort EMC church at age 16. He loved music and played Guitar and sang in his room and later at many places where  the Barkman Friesen group went and later in the family Friesen Quartet. He worked for A.K Penner construction for awhile than ended up going back to Mexico where his brother Peter had work for him in his repair shop. He worked at Shady Nook poultry farm. After working several years on another poultry farm he became part owner of B &W Auto repairs and service in Mitchell, where many customers became his good friends. He worked as a sales man in Calgary but after a few years missing his children, his Mom and siblings he came back to Manitoba and moved to Winnipeg where his brother in law Jake asked him to work with him at Flo Form Int. He lived with Jake & Henrietta for awhile and worked hard.

In 2003 he met Helen. They found a love rising in their hearts for each other.

Walter loved to work and was good at what he did but not knowing that one of his heart valve was defective, his health started to fail and he had a heart attack and had to have open heart surgery in 2004 during which the heart was damaged and prevented a complete recovery. Once again he was near death and the doctors did not expect him to live more than six months, but God had bigger plans. He did much better than expected, but never fully regained his health.  God answered his prayer to do something to help others when he started working at EL Dad ranch where he worked till spring of 2020. He had gone through a lot of struggles in his own life that helped him relate to the clients that he worked with.They took his health into consideration and gave him jobs that would not put to much of a strain on his health. He was loved and respected by his coworkers as well as clients.

Walter loved antique cars and had a few, him together with his brother Peter enjoyed the Car shows. Peter and Walter were very close and Walter went to spend many days at Peter & Helen's place when Helen worked until he was not able because he was to weak.

" Walter you have fought a good fight, you have finished your course, you have kept the faith. Henceforth there is laid up for you a Crown of Righteousness, which the Lord, the Righteous judge, shall give you on that day and not to you only, but unto all them also who love His appearing. 2 Timothy 4: 7,8

We his siblings want to thank Helen for caring and loving Walter for all these years. through all the illness and struggles you stood by him and never let go when the going was tough. He was so thankful to have you! Thank you all Doctors and Nurses who took good care of him. Last but not least we want to give special thanks to God for taking care of Walter and kept him in the worst times of his life. WE give God all the glory!

A private family livestreamed funeral service will be held Tuesday, February 2, 2021 at 2:00 p.m..  To view the livestream, please click the following link.  https://www.oneroomstreaming.com/view/authorise.php?k=161197513198109

This livestream link will be active for 90 days after the service.

In lieu of flowers, donations may be made to the Heart & Stroke Foundation or El Dad Ranch.