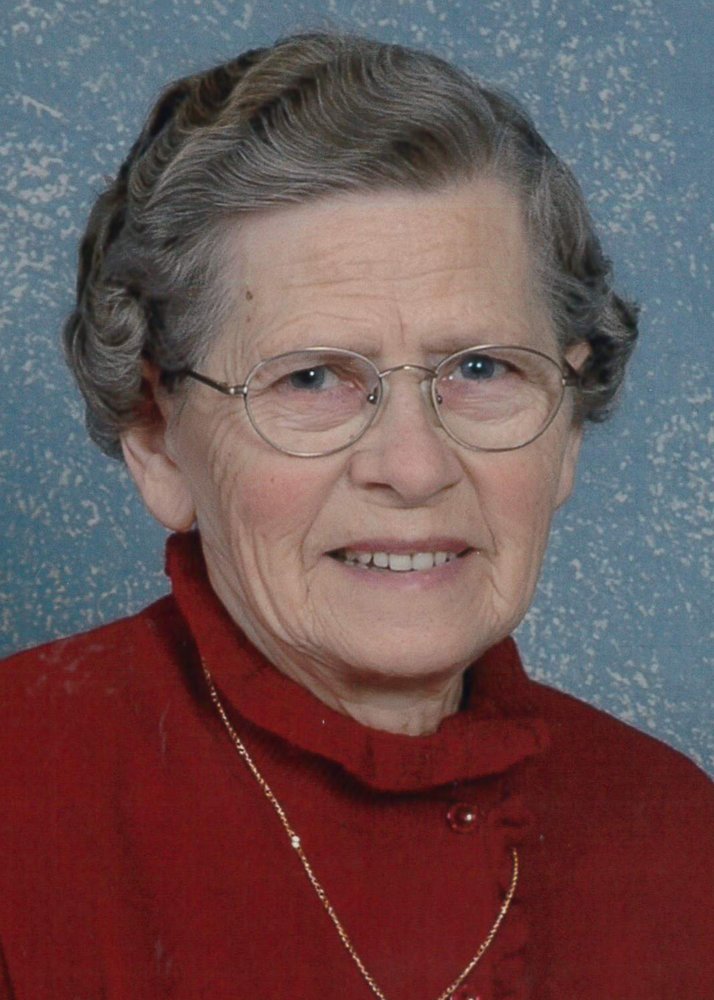 Katharina Neufeld was born September 20th, 1929 to Jacob and Anna (Ens) Neufeld in Schonhorst, South Russia. The third of five children that grew to adulthood, she is survived by her two youngest brothers John (Evangeline) and Henry Neufeld.

Mom's biggest surprise might be that she lived to be 91 years old! Her early years were tumultuous, growing up during Stalin's reign in drought-stricken Russia. They fled Russia in 1943 during the war and lived as refugees in Germany with untold hardships that included the repatriation of her father and eldest brother to Siberia at the end of the war. In 1948, with the kind sponsorship of the Peter Letkeman family, the remaining family were permitted to come to Canada.

After two years of prescribed work on farms in an isolated community north of Winnipeg, mom and family settled in Steinbach. Here she was baptized and joined the Steinbach Mennonite Church, met and married Jacob Nikkel and together they raised 4 children on a mixed farm near Landmark.

Mom was a loving, energetic, creative person, who defined the word "Maker". Alongside dad she milked cows, baled hay, raised and slaughtered chickens and pigs while simultaneously managing an acre garden and feeding her family (plus relatives and anyone else who dropped by), FOUR MEALS each day, and made it look easy!

She could turn her hand to nearly anything and taught us the importance of beauty. Through embroidery, sewing clothes and curtains, cutting and curling hair, baking paska, lemon buns and sponge cakes, planting flowers, making covered hangers, she brought an aesthetic to each task.

Despite mom's frequent struggle with depression, she was a model of resilience, continuing to care for those she loved with scratch-made food. She continued to care for others despite the stroke she suffered in 2012, intuiting those who were near death in Bethesda Place and rolling in with her wheelchair to sit vigil.

We are grateful to the staff at Bethesda Place who cared for her and to the friends who visited and brought her comfort.

A private family burial has been planned.