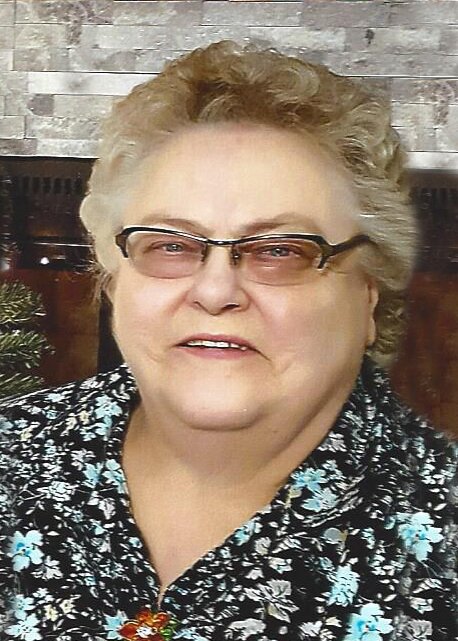 Mary was Predeceased by her husband Dick Hiebert, both of her parents, brothers Henry Banman (Helen Banman- wife) and Herman Banman (Mary Banman-wife).

Mom was born on April 25, 1942, to Abram and Gertruda Banman in the Halbstad region of Southern Manitoba. The family moved to Paraguay in 1948 but returned to Manitoba in 1949, where she started school in Blumengard at the age of 7. They moved to New Bothwell in 1951, where she attended school until she was 15. While in school, she earned money by sweeping the floors, cleaning blackboards, and washing floors for the teachers who lived at the school. After mom quit school, she did housework for several people and then went to work at Duecks Poultry Plant in Niverville for three seasons.

Mom was baptized on March 26, 1963, at the Silberfeld CMC and married Diedrich Hiebert at the Silberfeld CMC on April 10, 1965. They lived in four different locations. First in New Bothwell, then in Headingly, and in St. Pierre, until when they moved to a property on Prefontaine Road where they lived until September 2003, when they moved into an apartment in Niverville. She remained a stay-at-home mom her entire life, but she did enjoy volunteering at the Niverville MCC when she could get the chance. She also sewed all her own dresses over the years.

She continued to live at the apartment for another 17 years after Dad passed away in 2005. During this time, she enjoyed puzzling, sewing and getting together with other residence in the building. Mom still enjoyed going to the MCC when she could, but her health eventually caused that to fade away. The restrictions during this past year and a half were difficult for her and the other seniors in the building as well. It was to the point when she didn’t seem to care about the risk, she just wanted to see someone already.

Mom passed away peacefully at the St. Boniface Hospital on Saturday, September 25, 2021. She will be missed by all, but we have the assurance that we will indeed see her again one day. That is the hope we have in Christ.

The private family service will take place on Saturday, October 16, 2021, at 2:00 p.m. at Birchwood Funeral Chapel, followed by the interment at the Silberfeld CMC Cemetery, New Bothwell, MB. To join the family via livestream please click the following link shortly before the time of the service. https://view.oneroomstreaming.com/authorise.php?k=1634080966142110.