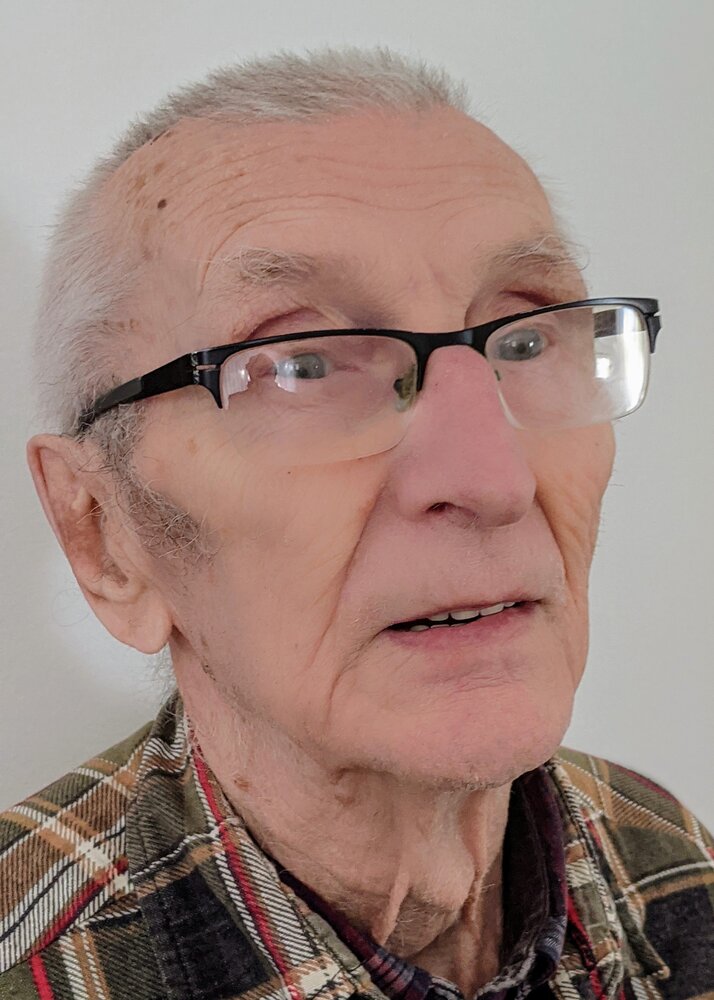 John Berger, age 98, of Steinbach, MB., after a brief illness, passed away peacefully on Thursday, November 25, 2021.

He was predeceased by his loving wife Anna and his parents Konrad and Eva.

Dad was born in Vecses, Hungary. At the age of 14 he trained as a tool and die maker apprentice. He obtained his journeyman papers at age 18 just in time to be drafted into the Hungarian Airforce for World War II. He married Anna, and their son John was born in Hungary. After a short time, Dad, Anna and son John, together with his parents were displaced and sent to Germany. In Germany, Dad was employed by the U.S. army as a mechanic. After a year and a half, a second son Tom was born.

Life was hard in Europe after the war and with the help of Canadian relatives, John moved his family to Steinbach in 1950. After a few years doing a few different jobs including Brandt Sheet Metal, he was employed by the Hanover School Division as a custodian and held that position until his retirement. The last three children were born in Steinbach.

Dad was foremost a family man. In Germany, he took the job with the U.S. Army not because it paid well, but rather because he got a hot meal at noon. He would eat half the meal and took the other half home for his wife and son. In the evenings he crafted aluminum combs and cookie cutters and made leather horsewhips. His mother Eva would peddle these items throughout the countryside and trade for potatoes to supplement the meals. These potatoes would help provide additional nutrition. His   in-laws in Hungary raised geese and he walked from Germany to Hungary and back with a few geese. It was quite an undertaking as he had to go through four allied   occupation zones. He attempted this one more time but, on his return, he was captured by the Russian army. He lost the geese but was able to save his life by escaping. If he had not, this story would have been very different.

When the financial situation improved in Canada, he would take the family on vacations to Falcon Lake and B.C.

Dad enjoyed birds. In Hungary, he was appointed as the school’s bird guardian. In Europe, this was considered to be an honour. His son Rob by profession and hobby shares Dad’s interest in birds. Dad built 20 Bluebird houses and two Kestrel Houses to be placed on Rob’s rural property. Dad took a keen interest in the progress the birds were making with the nests and did several inspections with Rob.

Dad was also an inventor. He made a quasi-cruise control system in 1953 and used it on a trip to Ontario. After his wife’s death he took a serious interest in health. In addition to inventing his own exercise equipment, he milled organic rye to make bread, made his own cottage cheese and yogurt, and went on two week fasts to cleanse his body. Being from Hungary, he was interested in hot springs and made trips to hot springs in both B.C. and Saskatchewan.

He was also a carpenter. When we came to Canada, he immediately made all our beds and storage cabinets. After age 80 he reroofed his house and taught his son Ed to build a garage. Upon retirement he finished his daughter Maryann’s basement, worked on his son Tom’s cottage and assisted son John in building a barn.

After retirement he spent his winters in Texas where he would do 50 laps in the pool every morning. Dad also made many close friends in this winter home. He enjoyed dancing in Hungary, but in Texas he discovered square dancing.

As the Catholic population grew in Steinbach, he became involved in this community. He joined the Knights of Columbus, worked fund raisers to build a church and     obtained auditorium space for early Knights and church meetings.

Special thanks to the Doctors, nurses, and caregivers at the Steinbach Bethesda Hospital for the care that dad received.

A Mass and private family burial will take place.