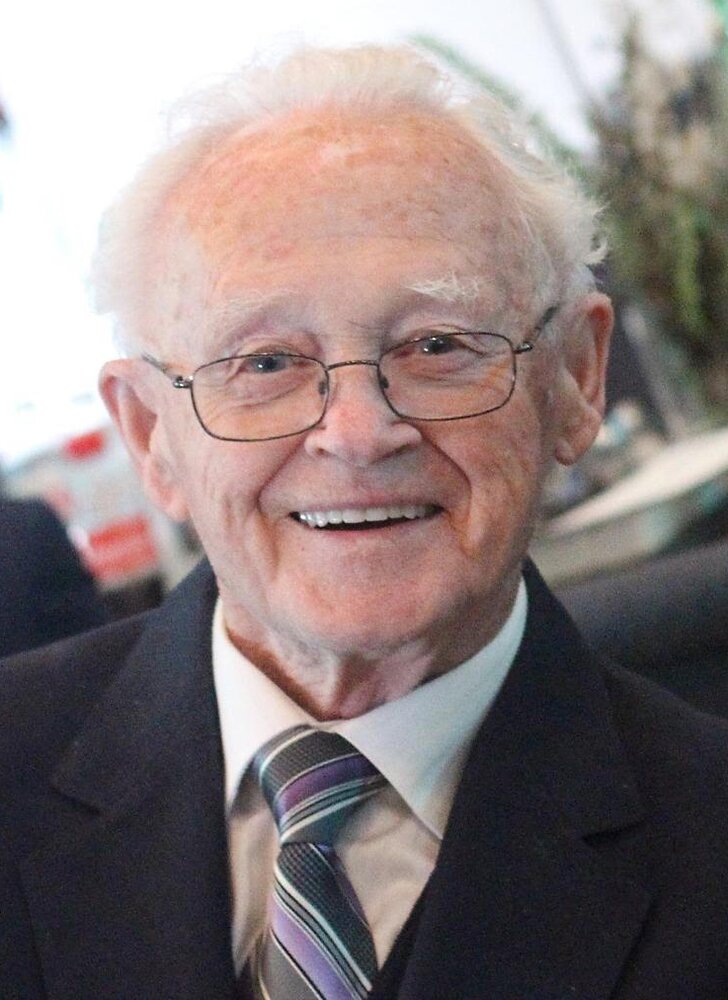 A funeral service will be held on Saturday, February 12, 2022, at 2:30 p.m., to join the family via livestream please click the following link. https://www.youtube.com/watch?v=i19p7HiauAk&ab_channel=AVBCCWinnipeg.

Peacefully on the afternoon of January 16th, 2022, at Maplewood Manor, Dad achieved his whole heart’s desire and went home to meet his Lord and Saviour and is now reunited with Mom, the love of his life.

Dad was born on May 4, 1935 in Prussia to Artur & Erna Janz, the youngest of twelve children. As a child Dad fled with his family from East Prussia, near Tilzil, during World War II, their journey eventually leading them to immigrate to Canada in 1954 at which time they settled in Altona, MB.

After he finished school in Germany, Dad did an apprenticeship in baking, as his first choice; carpentry, was full.

In 1957 Dad bought his first bakery which was located in Altona which he ran until 1968.

Dad met Mom at a dance in 1958 and has told us countless times that it wasn’t her dancing that attracted him, and that no, it hadn’t improved with age. They were married on May 18th, 1958.

In 1965 Dad gave his life to Jesus. We have been extremely privileged to have seen a tremendous transformation take place in Dad over the years as his whole hearts longing and desire was to live for Jesus.

In 1970 Dad and Mom moved their young family to Winnipeg where Dad and his friend Siegfried bought Sunshine Bakery and Pastry Shop in St. James.

In 1974 Dad and Mom bought a hobby farm outside of Landmark, and in 1976 Dad sold the bakery and started driving school bus for the Hanover School Division which he did until his retirement. He was beloved by many generations of school children in Landmark where he both drove bus and assisted in many shops classes.

Family was always important to Dad and yearly family vacations to the different church conferences were a priority for him. We have many memories of these road trips as you can imagine the entertainment value of fitting up to fifteen children into a station wagon. Dad spent numerous hours passing down both his knowledge and work ethic while building houses, or doing projects around their houses with many of his children. He was adored by his grandchildren and great-grandchildren and always had “grandpa candy” readily available in his pocket.

Dad, you will be sorely missed down here on Earth, but we celebrate with you as you have “…fought the good fight, you have finished the race, you have kept the faith. Now there is in store for you the crown of righteousness, which the Lord, the righteous Judge, will award to you on that day…”. 2 Timothy 4:7-8

The family would like to extend a special thank you to all the phenomenal staff at Maplewood Manor who took such good care of our Dad. The love you felt for him was tangible and the way you took care of not only him but us during his last days will not soon be forgotten.

A funeral service will be held on Saturday, February 12, 2022, at 2:30 p.m. to join the family via livestream please click the following link. https://www.youtube.com/watch?v=i19p7HiauAk&ab_channel=AVBCCWinnipeg.