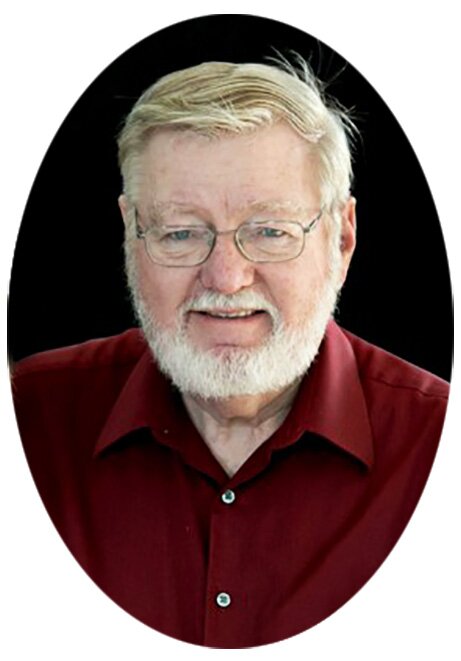 He is survived by his beloved wife, Violet, son Don (Kim), daughters Pam (Tim) and Tamara (Garrett) and daughter-in-law Robin.  He will be lovingly remembered by brother Bryan (Christine), sister Robin, 12 grandchildren, 5 great grandchildren and a quiver-full of nieces, nephews and in-laws.

He is predeceased by his son Ron and his parents, James and Frieda.

Larry was born and raised in Winnipeg, Manitoba. He met Violet, his wife of 59 years, at Eaton‘s Mail Order. He loves the Lord and served him through Bible teaching, leading small groups, children’s ministry, youth ministry, playing guitar on worship teams and at nursing homes, and as a faithful spiritual leader for his family.  He enjoyed flying remote control planes and was the president of the Diamond Aces Flying Club. A man of few words and a big heart – he will be greatly missed.

A private ash interment has been planned.

If friends so desire, in lieu of flowers, donations in memory of Lawrence Moore may be made to the Salvation Army or to a charity of one’s choice.

Special thanks to the doctors and nurses of Southern Health and especially those in the Medicine Ward who were so kind and compassionate in his last days.