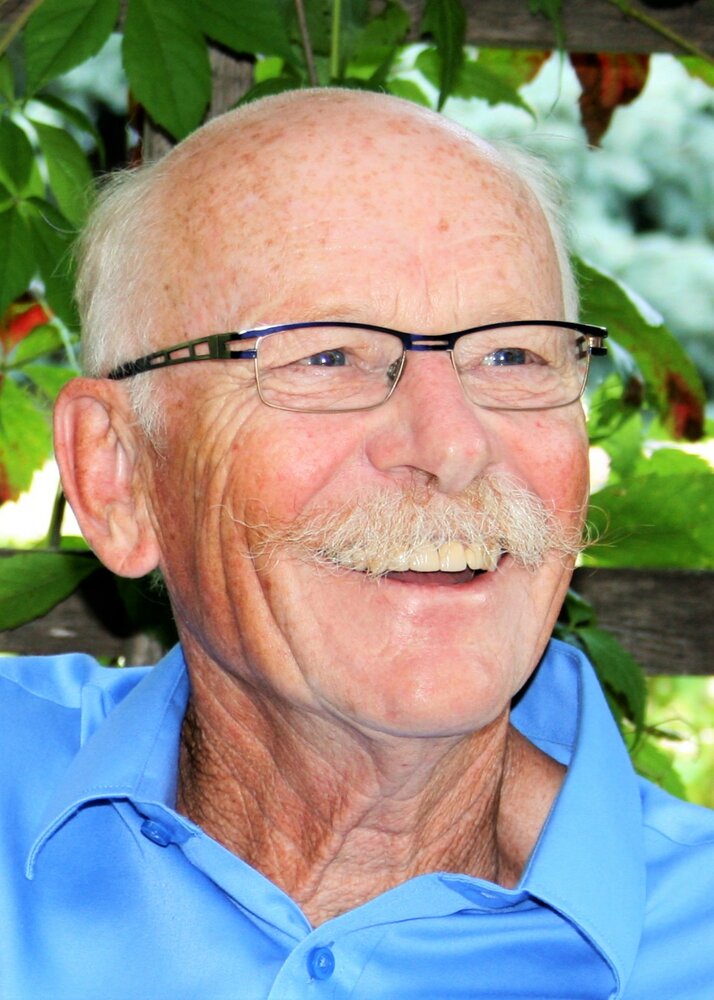 The private family service, by invitation only, will be held on Monday, March 7, 2022, at 11:00 a.m. at Birchwood Funeral Chapel, Steinbach, MB., followed by the interment at Heritage Cemetery. To join the family via livestream please click HERE shortly before the time of the service.

Ken is survived by his beloved wife Mildred and his daughters Jennifer (Turner), children Ciara, Kendra; and Joanne (Enns), husband Brad, and her children Liam (Arizona) and Riley.

Ken was predeceased by his parents, Edward and Anna Toews and two sisters Norma and Irene.

He is survived by his brothers Abe (Dorothy), Peter (Susan) and their families, his sister Anna Marie (Don) and her family.

Ken grew up on a farm in the Ridgewood area where he enjoyed a variety of birds and animals. He spoke many times of his favourite German Shepard Rex. He still had peacock feathers from the birds that they had growing up and are included in the arrangement with him today. Even while in the hospital now he was sure to ask if his birds and rabbits were being fed in the backyard.

Ken and Mildred were married August 19, 1966 in Ridgewood. They celebrated their 55th Anniversary this past summer. The romance kicked off when Ken showed up in Lynn Lake to find Mildred.  She was told that there was a young man wondering around town looking for Mildred Penner and she had no idea he was coming.  The letter writing and correspondence started and there is some question about who proposed to whom.  Ken claimed that Mildred had asked him out on their first date and to marry him. According to Mildred, she was just doing her friend a favour to go out on a double date with Ken. The question still stands today on who is really responsible.

Family was important for Ken, roots were meaningful to him. He had an appreciation for family history and antiques. He was known to pull out the family Bible from 1907 to show the family tree.  He loved his daughters, sons in law and grandchildren, many summers were spent on family camping trips, hikes in Sandilands and also included a trip to Disney World.  Ken had a special way of connecting with young men in his family and became a father figure to many of them. He had a servant heart and his care for Mildred over the years was consistent, quiet and beautiful. He happily took care of his sweetheart after her joint surgeries and made her coffee and breakfast every morning.

Ken served in ministry all of his life. His relationship with Jesus Christ was the most important.  Starting with boy’s brigade, volunteering on his church board and in many other capacities. Then moving on to use his voice, he sang bass in the Freedom Quartet. They traveled extensively for many years singing in churches across North America, often taking the family with them. This created very strong friendships and bonds.  This love of singing led him to join the Eastman Male Choir in later years. A highlight from that time for Ken was a performance where Corny Rempel joined them as Elvis.

Ken was outgoing and friendly which led him to a career in sales. After he retired he stayed on with Steinbach Hatchery as an invaluable asset as a handyman. It was one of the highlights of his career and again he developed strong personal relationships with the people there.

Ken was a person that lived life to the full and had varied talents and interests. Along with singing he was a talented woodworker. Building many beautiful pieces of furniture for family members along with home improvements. In later years, he began making gifts of wood toy trucks and rocking chairs for babies of family and friends.

Golf was a passion of Ken’s. He traveled far and wide to play various golf courses. He met one of his goals on August 9, 2019 by shooting his age of 75 but the dream of a hole in one eluded him. Mildred realized early on that she needed to learn to play golf in order to spend time with her husband. She benefited in playing many beautiful courses with Ken. As in all other areas of life Ken developed many meaningful relationships through golf.

Experiences were important to Ken and he had a real sense of adventure. He had the opportunity to snorkel in the Bahamas on a trip to visit Abe and Lorna Penner, he enjoyed fly in fishing trips, he had a ride in the stunt plane at Harv’s Air and he hiked Joshua Tree Park. In recent years, he climbed the big maple tree in the backyard by himself and cut down branches that were too big for one man to handle. He lived fully with a smile on his face.

Ken’s strength and determination were evident in his battle with Covid last year. Through God’s mercy and the prayers of many he was granted an eight month encore. We are so grateful we had that time with him. We want to thank all the health care workers that were with him in that last week as well as Dr. Krahn, nurse Laura and respiratory therapist Justin who stayed with us in Ken’s final moments.

Ken was a bright light, he made friends wherever he went, his generous spirit and love will live through those who knew him. He will be missed.

The private family service, by invitation only, will be held on Monday, March 7, 2022, at 11:00 a.m. at Birchwood Funeral Chapel, Steinbach, MB., followed by the interment at Heritage Cemetery. To join the family via livestream please click HERE shortly before the time of the service.

Donations in memory of Ken may be made to Youth for Christ, Steinbach Backstage.