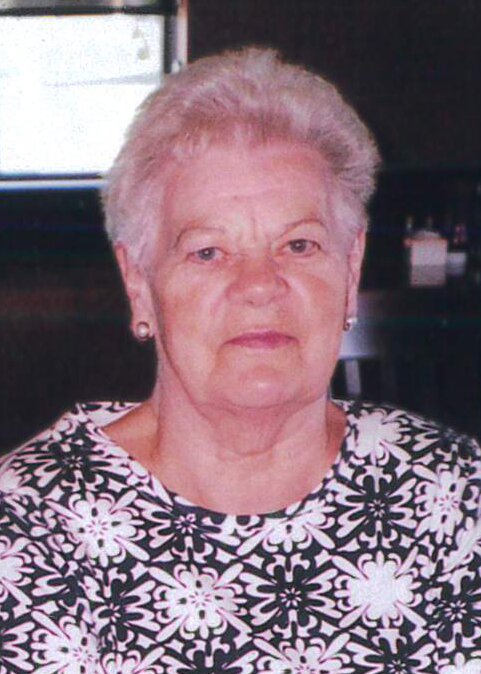 Magareth (Marge) Giesbrecht was born June 28, 1938, to her parents Peter and Bertha Dyck in Rosthern, Saskatchewan. She was one of thirteen children and attended classes at the Molesworth School.

Marge accepted Christ as her Saviour at a younger age and was baptized in her late teens at MacGregor, Manitoba.

Marge married her husband, Henry Giesbrecht, on August 14, 1960, and they were happily married for 59 years. Marge and Henry were blessed with three sons: Darwin, Elwin and Byron, as well as two precious grandsons: Brett and Brody.

Marge was a housewife and full-time mother, while also being employed as housekeeper at the Richardson residence. She was involved with the community of Niverville through the church as a leader and mentor for several girls’ clubs.

At home, Marge was a co-ordinator, schedule maker, and party planner. She loved cooking, baking, cake-decorating, and sewing, and, in fact, was a great seamstress!

Marge loved looking after and spending time with her grandsons, especially drawing, painting, and doing special projects with them. She would also be coerced into being their “basement hockey” opponent or goalie when the time called for it . . . which was quite often.

Marge had a sweet spirit and always enjoyed talking and spending time with others. Her favourite moments were spending time and taking care of her family. She was also known for her all-seeing eye watching out the kitchen window to catch her sons’ triumphs, as well as their inevitable mischievous mishaps.

Marge went home to be with her Lord and Saviour Jesus Christ on Saturday, March 19, 2022, after a lengthy battle with health issues.

Marge was predeceased by her loving husband, Henry Giesbrecht; her twin sons; her parents Peter and Bertha Dyck; and two of her brothers – Lloyd and Dennis Dyck.

A public funeral service will be held on Saturday, March 26, 2022, at 2:00 p.m. at Fourth Avenue Bible Church, Niverville, MB., with a viewing prior to the service.