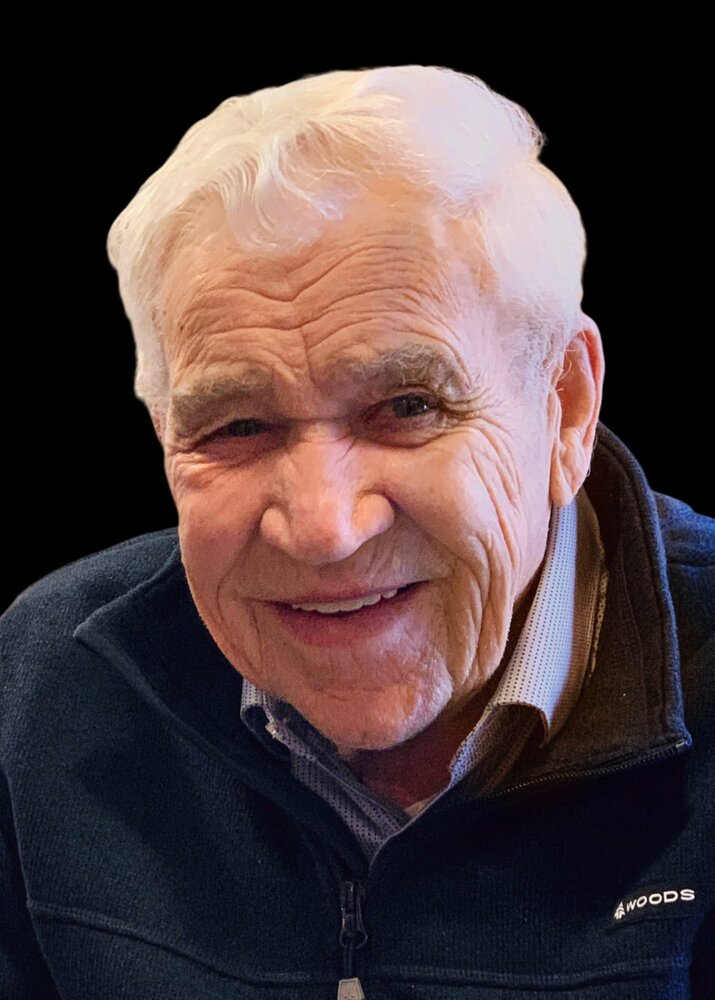 Abraham W. Funk (Abe), 93, of Steinbach, MB. (formerly of Grunthal, MB.) passed away peacefully, surrounded by his family, on Monday, May 23, 2022 at Bethesda Place, Steinbach, MB.

He was predeceased by his wife Katherine in 2017 and his daughter Sandra in 1992, as well as three brothers and a number of brothers and sisters-in-law.

Abe was born August 6, 1928 in the RM of De Salaberry to Cornelius and Sara Funk.

Dad left his childhood family farm in Barkfield in his late teens, to work on            Vancouver Island, at Port Tahsis. After that he drove long distance truck, which he did until 1965.

On July 18, 1959, Dad and Mom were married. They lived for a time in Winnipeg, then moved to Steinbach where they stayed until they purchased the Funk Family Farm in the Barkfield area. It was there that they raised their family of six children.

In their retirement, they moved to a house in Steinbach and later to Bridgepark Manor. In 2017 just prior to Mom’s passing, Dad moved into Bethesda Place with the hope that Mom would be placed their shortly as well.

The family wishes to thank the staff at Bethesda Place for their wonderful care of Dad during his final years.

Get Directions
Thursday
26
May