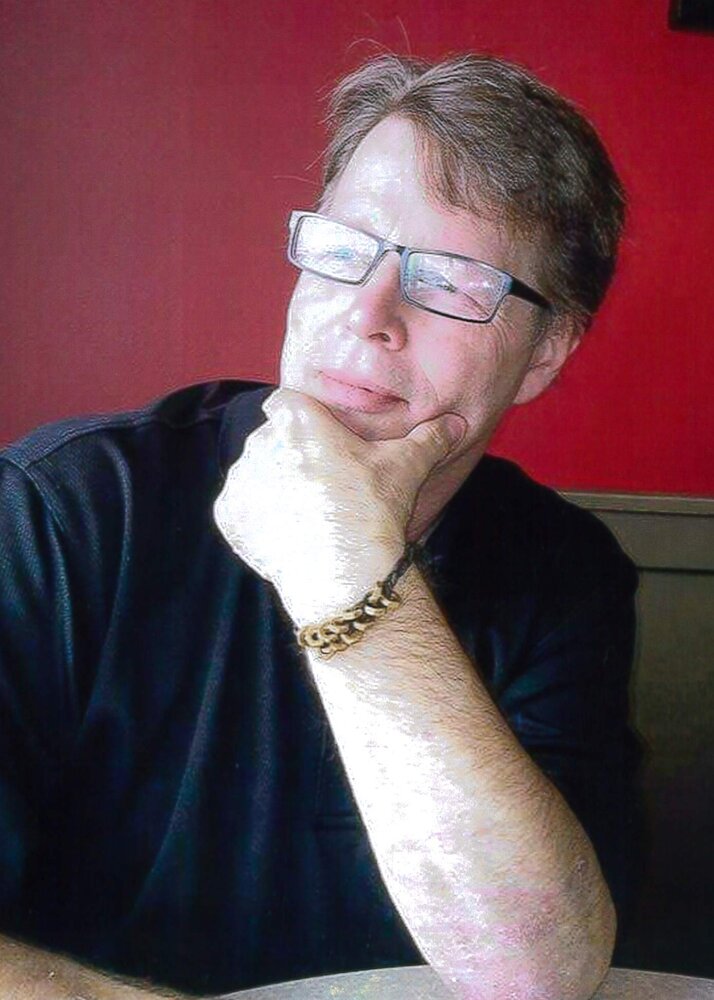 Michael was born on April 16, 1959, to Betty Kritzer and Alvin Kritzer in Winnipeg, MB. His brothers and sister remember him as the hard-working sibling. At times he raced from 4 or 5 part-time jobs in family businesses, all while taking the time to make sure his younger siblings were shuttled to sports. Michael graduated from Hapnot Collegiate in Flin Flon, Manitoba in 1977. He played Junior Hockey in Nipawin and Humboldt, becoming known as a smooth skating and scoring centre man. Hockey remained an important part of his life and he always loved discussing the upcoming Jets season. By the time he was 20, Michael had moved to Regina, SK to pursue a career as a DJ, which he thoroughly loved. He DJ’d in Regina until 1985, and then in Winnipeg until the mid-90’s. Chances are if you spent time in Regina or Winnipeg dance clubs in the 80’s and early 90’s, Mike was the man spinning records. He also spent time with Home Locators, who sent him abroad to be trained in England. In the later years of his life, he enjoyed working at Lilac resort near Winnipeg, MB, meeting and connecting with those around him.

In 1982, Michael met Michelle on a blind date in Regina, SK., and you guessed it, it was in a nightclub where they danced the night away and have been dancing ever since. Michael and Michelle went on to marry and have three children, Tyler, Joshua, and Meghan.

In recent years, Michael enjoyed reading many mystery adventure novels, particularly those written by his favourite author, Clive Cussler. He was always up to date on the latest episodes of his favourite television series, eager to speak about the events in each episode. You would often find him dancing around the house alone or with Michelle to classic and current dance tunes, the family dogs, Shelby or Oliver Rathbone, tagging along behind him.

Some of the truly great things about Mike were his love of family, especially for Michelle, the love of his life, his tremendous laugh, his faith in God, and his genuine joy in hearing about everyone’s successes (especially his children). He is probably still teasing Bomber fans in heaven over the superiority of his Saskatchewan Roughriders.

Michael was predeceased by his father, Alvin. He is survived by the love of his life, Michelle, his children: Tyler, Josh, Meghan (Kevin), his mother Betty, brothers: Steve (Pam) and Mark (Michelle), his sister Wendy (Dylan), his numerous nieces and nephews, and the countless lives Michael has touched throughout his life.

A Celebration of Life is being planned.

Rest easy Michael. There is no goodbye because you live forever in our hearts.