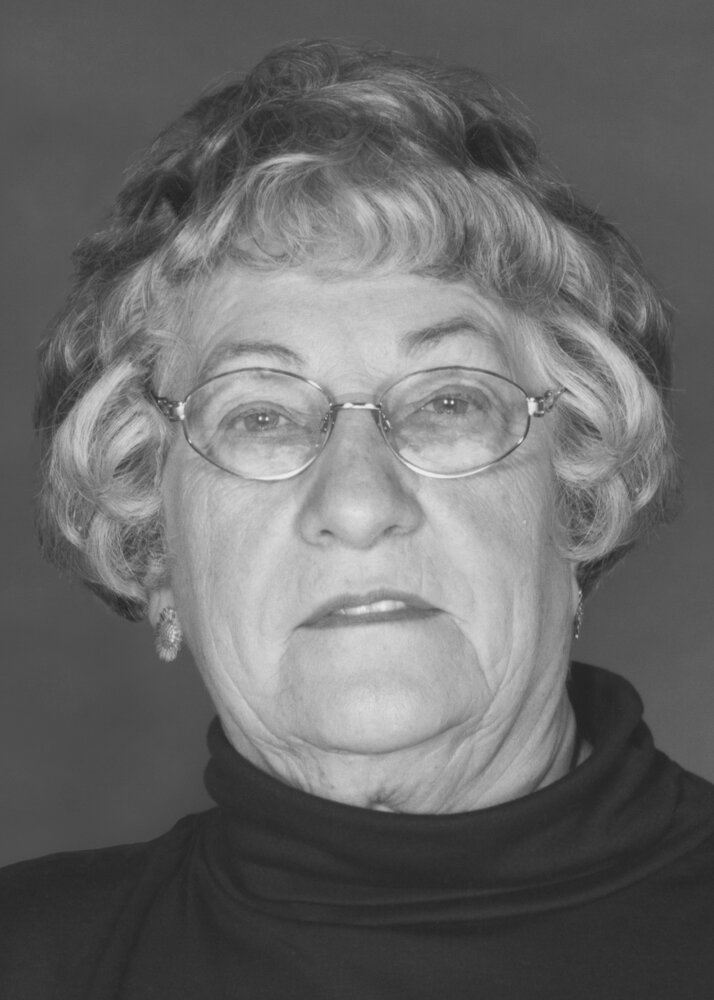 On Monday, September 5, 2022, the bells at the St. Paul’s Lutheran Church rang 94 times. One toll for each of the years that Irena Frieda Fast, nee Oswald, born January 9, 1928, lived. She was predeceased by many in her 94 years, her parents, six brothers and sisters and most importantly her husband Clarence with whom she was married for 43 years. She is survived by three brothers, three sisters and her children, Deb, Rob and Tony Fast, son-in-law David Wiebe, granddaughter Anna Wiebe and great-grandchildren Louisa and Sidney Scharf.

Frieda’s life was lived primarily on Hanover Street in Steinbach. She was industrious in all things, at her home and for her children where she cooked (new recipes she still tried in her 90’s), sewed (nothing was too hard to tackle) and gardened (she prided herself when people stopped and noted her flowers). People watching from her living room window in her later years only became possible when she finally gave herself permission not to have something “to show” for each day. She worked in the community both in retail and in providing care to people who had intellectual disabilities. Her love for others was shown through her actions. Her faith was important to her and she was steadfast in her hope that she would see her loved ones again in heaven.

Her children will miss her immensely and are grateful to the staff at both Cedarwood and Resthaven who cared for her and tried to help her both live and then die, when all she really wanted was to be back on Hanover Street looking after her flowers.