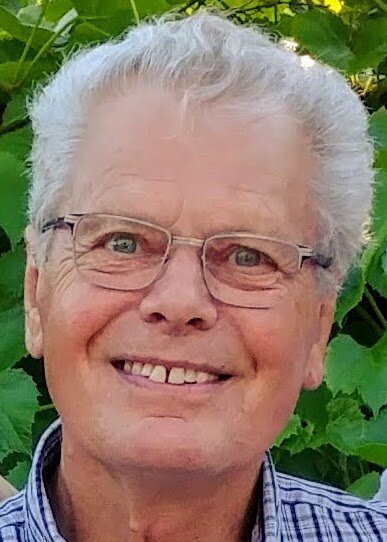 It was with great sadness that we said our farewell to Peter Klippenstein on Sunday, September 4, 2022, in his home. He was 77 years old, he resided in Steinbach MB.

Peter was predeceased by his parents Jacob and Anna Klippenstein.

Peter married Betty Friesen with the blessing of dad Klippenstein and mom Esau on Sept 27, 2008, and they were nearing their 14th anniversary when he passed.

Peter had a wide variety of adventures over the years: He was born in Canada on Dec 7th 1944. Moved to Paraguay in 1948 and moved back to Canada in 1956. Went to school in Carmichal, Arran School and Niverville School. He was baptized upon his faith in the Rat River in 1963 (Word of Life Mission Church). Went to Prairie Bible Institute 1966 - 1970, where he met Arla. Went to Ethiopia with their son Larry as missionaries in 1973 - 1976, during this time Arla gave birth to their daughter Jenny. Peter managed to learn the Amharic language. Around 1977 they moved to Steinbach MB, then moved to Niverville MB soon after.

Peter worked the majority of his adult life as a construction worker. Around 1993/94 he graduated with honors from an RRCC drafting course which allowed him to pursue a career as a draftsman at Schmidtke Millwork in Steinbach. Here he helped design the NHL - Washington Capitals Arena. Following this he worked at Loewen Windows in the Specialty department for the years leading up to his retirement.

Peter will be known by former co-workers, friends and family alike as a man who worked hard, lived his faith, loved his family and always lent a helping hand, loved scripture, and believed that a job worth doing is a job worth doing right.

Peter and Betty loved to travel. Every year they would drive out to Missouri to visit Kirk and Jenny and Anthony and Naomi and stayed with them for a week and then always extended their holiday and explored many of the states. They travelled coast to coast in Canada as well as the U.S., did an Alaska cruise, a Caribbean cruise with Carl and Edna, Bolivia and Paraguay with his brother's Henry and Dan visiting Peter's aunts and uncles and cousins, also took a bus tour in Israel with Henry and Anne through Bridges for Peace. It just brought the Bible to life for us.

Peter and Betty decided to downsize in 2021 and sold their house on Northview Cres last August and moved Oct 22, 2021 into a new apartment block on Penfeld Dr with indoor parking and elevators.

We were both so excited that this move was made before Peter got sick. Peter's main goal was that Betty was safe and comfortable. We treasured every day we had together. God blessed me with a wonderful second marriage with the sweetest man. Peter will truly be missed by all who knew him. He was a man of God and was always so concerned about the way this world is going. He spent hours praying for all our grandkids and great-grandkids. I am happy that God has released him from this earthly home and his body was failing and is rejoicing with his personal Lord and Saviour. I miss him already but rejoice with him.

The public funeral service will be held on Wednesday, September 14, 2022, at 1:00 p.m. at Emmanuel Evangelical Free Church, Steinbach, MB., with a viewing one hour prior. To join the family via live stream, please click HERE

Donations in memory of Peter may be made to Bridges for Peace Canada.