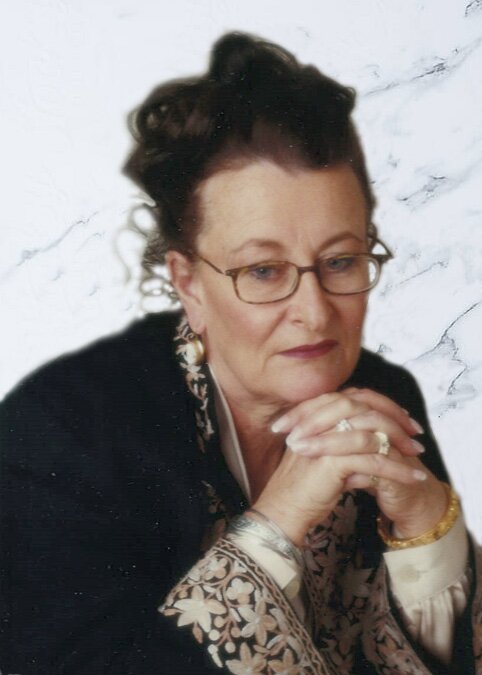 Ann was born to Joan Mary & Arthur Groves on June 27, 1942.  She was the oldest of three children and was predeceased by her brother Patrick and survived by her sister Margaret (Maggie) and her children Mark and Elfe (Warketin) Shukla, Kim Shukla and son in law Richard Whitehead and Mary-Ann Shukla, son-in-law Michael Bergen and her three granddaughters, Sofia, Laura and Sydney.  She is also survived by her nieces, nephews, and cousins.

Ann was born in Sheering, a civil parish and village in the Epping Forest district of Essex, England, during World War II and often spoke of the hardships endured by many. She met her husband Rajnikant (Roger) Shukla and was married on July 1, 1961, in England.  In June 1967 Ann and Roger emigrated from England with two small children and settled in Manitoba.  They lived in Portage La Prairie where Mary-Ann was born, Newton Siding and then settled in Thompson, Manitoba until the mid ‘70s.  They then moved to La Broquerie where they were settled for over thirty years.

Mom loved to sew and created many dresses, costumes and directed sewing classes for 4H in Thompson.  There was always reems of fabric to be found in the house.  Gardening was her true passion with a goal of recreating the rambling English gardens that she remembered from home.  These gardens would also be home for her cats and dogs and many other stray or injured animals that she nursed back to health.  When not gardening, Mom worked as a secretary for many years and her final job was running a business with Dad called Ramfor Equipment, which was located on the outskirts of Mitchell.  Mom & Dad loved to travel, and their most memorable trip was to India.  Mom was a true grammarian and recognized the importance of reading and instilled that passion in her children. She shared many a book with her friends and enjoyed her time at Book Club.

Mom was independent, loved to challenge and could be a contrarian.  She was unique.

True to her English upbringing Mom was private and her final wishes were for no service.  The family will be taking her ashes back to England at a later date.