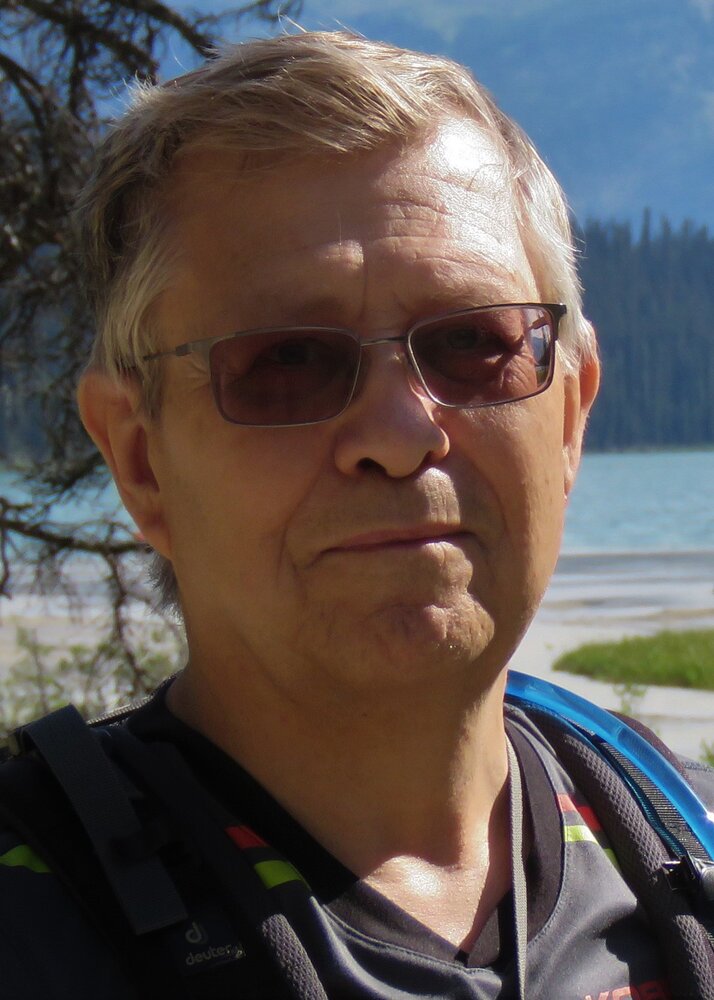 J. Allan Bartel was born to Jacob and Mary (Kehler) Bartel on July 26, 1952 in Morden, Manitoba.  At the time his parents were missionaries in God’s Lake, Manitoba and that is where he spent his preschool years. He talked of starting school in Steinbach and being afraid of ‘white’ teachers and running away from school. He was raised in a Christian home and his mother led him through the sinner’s prayer at the age of 8. His family lived in various homes in and around the Steinbach area during his growing up years. Growing up, Allan loved to read (which he continued to enjoy through the years) and play his guitar.  His sister Judy talked of how they would order books from the lending library and Allan would get as many books as the rest of them together. With his photography interests, he had also built a darkroom in his parents’ basement and did photography for the special events of friends. At the age of 17, just before graduating high school, he began working at Fairway Ford Sales in the parts department.

In 1990, Allan got to know Helen Penner through the church singles group in which he was active. Her son David shared Allan’s love of computers and spent many hours at Allan’s house, ‘playing’ on the computer. In August 1991, they were married and shared 31+ years together, not nearly long enough. Allan and David continued to share their interest in the tech world. Allan legally adopted David and they have grown close over the years. Allan and Helen shared a love of travel and hiking. Allan had the technical proficiency for wonderful photography and together with Helen’s artistic eye, they made a great team! Helen remembers her coworkers talking of how much she and Allan traveled but she had seen, in her many years of nursing, how frequently folks had big plans for what they would do in retirement, only to have illness or other circumstances keep them from fulfilling those plans. The Lord only promises us today and while Allan and Helen had hoped for many more wonderful adventures, they were thankful for all that they had. Especially thankful for the trip back to the Canadian Rockies this past summer.

Except for a three month absence, he spent 48 years at Fairway Ford as a faithful employee. In the latter years of his time there he really flourished and built some wonderful relationships with his coworkers.  Allan had a strong interest in computers and built his first one from a kit. We had dial-up internet when most people in town did not even own a computer. As the IT world grew and Fairway embraced it, Allan was the one who took care of this aspect at Fairway, growing in knowledge as the computer world expanded. Even after official retirement, Allan continued to assist Fairway with IT and related issues, as well as making parts deliveries at times. It was not uncommon for him to be sitting at Cancer Care having chemo and being on the phone, talking someone through how to deal with a computer issue. Toward the end of his time at Fairway he hired a computer consultant, Jeremy Neufeld, to assist him and take care of areas where his expertise was lacking. As they worked closely together, they became close friends.  Not only did Jeremy share Allan’s tech world, but he spent time in the shop, doing woodwork with Allan.

Allan’s other hobby was woodwork and over the years his knowledge and expertise increased. This was an interest that he shared with his brother Wil and to a lesser extent with his sister Judy. He built much of the furniture in their home. Allan and Helen took a keen interest in each other’s hobbies. Helen encouraged Allan to buy the best tools as she saw what a difference it could make to the final outcome of a project and also to Allan’s level of frustration. Allan also supported Helen in her embroidery and craft pursuits, building many frames as well as special cupboards to hold her considerable stash.

Allan was a man of quiet faith who loved his wife Helen and son David, and sought to honour the Lord with his life. As his earthly life drew to an end, it was gratifying to hear from others of the impact he had had on their lives.

In lieu of flowers, donations may be made to Back to the Bible Broadcast, Box 246, STN A, Abbotsford, BC V2T 6Z6, or Northern Canada Evangelical Mission (NCEM), PO Box 3030, Prince Albert, SK S6V 7V4.

The family gratefully acknowledges the outpouring of all the prayers, words of encouragement and expressions of sympathy received from family and friends.

The memorial service will be held on Monday, October 3, 2022, at 2:00 p.m., at Birchwood Funeral Chapel, Steinbach, MB. To join the family via livestream please click HERE shortly before the time of the service.