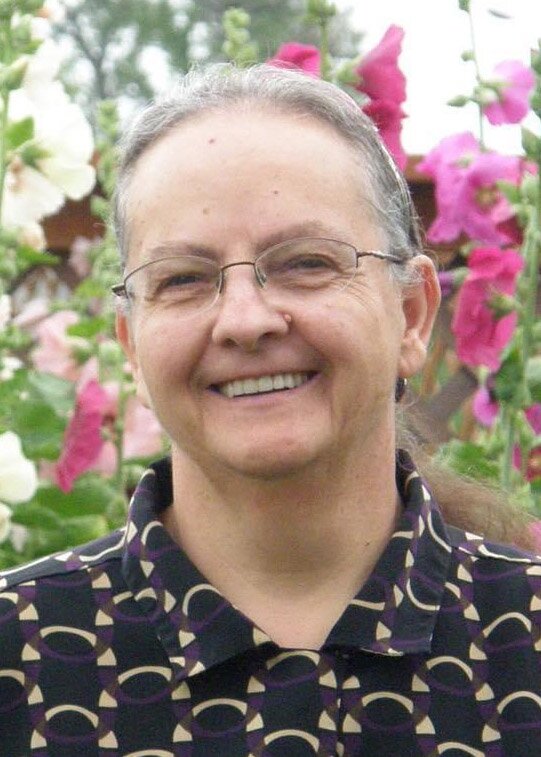 A funeral service will be held on Thursday, October 20, 2022, at 10:00 a.m. at Grunthal Bergthaler Church, Grunthal, MB, with viewing one hour prior to the service. To join the family via livestream, please click HERE shortly before the start of the service. Interment to follow at Heritage Cemetery, Steinbach, MB.

Katharina was born to Peter and Maria (nee Knelson) Groening, on February 6, 1947, in Cuauhtémoc, Chihuahua, Mexico, in the village of Schoenwiese. She was the second of three daughters. As the daughter of a school teacher on a Mennonite Colony, she moved often with her parents, as her father was transferred from place to place to teach school. Her life at home was never one of wealth. Poverty, and hard work was what she knew.  At the age of 12, Katharina, together with her parents and sisters made the difficult move to Belize. Here she helped her parents establish a brand-new life, very much in a primitive and pioneer setting. Amid the hard and grueling work, she was soon helping her father in the classroom as his assistant in the classroom. She often spoke about how much she had loved helping the children learn.

Katharina was baptized by Bishop Jacob Harms and became a member of the Blue Creek Old Colony congregation on June 3, 1968, at the age of 21. On July 28, 1968, she married Wilhelm Harder, the man she would love faithfully until her dying day. God blessed their marriage with five children: Katharina, Aganetha, Peter, Maria and Deborah. It was at the age of 27 that Katharina made the most important decision of her life. With her husband Wilhelm’s support and encouragement, she followed him in accepting the sacrifice of Jesus Christ on the cross on her behalf, and believed on Him as her Lord and Savior. This decision had monumental consequences for the young couple. They truly left everything to follow Christ. The shunning, excommunication and abandonment from their families, friends and community were difficult for them, but their faith in Christ, and love for each other held strong. They found a new church family and continued to grow in the faith.  Katharina’s heart was always burdened for her family and she prayed to the very end that they would come to see the light. She rejoiced greatly whenever she heard of another relative, who came to Christ. This was so much who she was, loving and praying for the very people who had shunned her and caused her much hurt. How like her Savior!

Financial struggles were still a constant part of life, so in July of 1979, Wilhelm and Katharina moved their family to Ontario, Canada, in hopes of building a better life. Here they settled into a totally foreign culture, found a new church home and made new friends. She helped her husband in any way possible, taking jobs such as working on the tobacco, cucumber and tomato fields, or taking over the running of a gas station and motel, while her husband worked in a factory or as a long-distance delivery driver, just to help make ends meet, and to provide their children with that “better life” they dreamed of. She guided her children through the turbulent teen years in a culture she herself did not always understand, with love and gentleness, always pointing us to the Lord. “Pray about it,” and “Leave it in God’s hands,” were constant reminders that still ring in our hearts today. She worked hard at learning English, and that helped her move on to other jobs, such as taxi driver for the Amish, and delivering fifth wheel trailers all over North America! As her children grew up, got married and left home, she sometimes struggled with letting them go, but she supported them in all their ventures, and embraced each one of her children’s spouses as her very own children. When her grandchildren came, she embraced them with open arms and so much love. When her first son-in-law died of cancer, she grieved for him as if he was her very own son, and she helped her daughter, now a widow, in whatever way she could. Her example of love, grace, gentleness, service, prayer and self-sacrifice will never be forgotten.

Katharina sometimes described her life as “I’m a pilgrim and a stranger on this earth.” Moving from place to place many times was not always easy for her, but she did it with grace and humility. Together with Wilhelm, she made one more major move in 2005 when they moved to Manitoba in order to be nearer their children and grandchildren, who had all moved away from Ontario. Her final earthly residence was in Grunthal, Manitoba, where she lavished love on her family and friends as only she could. She loved family gatherings, music, playing games with family members, travelling with Wilhelm, and just being together. She was always at Wilhelm’s side, loving, supporting, encouraging and helping. Her love even reached many people who never met her as she spent countless hours making quilts for various homeless shelters and outreach missions. When we look back on her life, and all she worked so hard to accomplish it is no wonder that she was tired. Her later years were plagued with Chronic Fatigue, Diabetes and finally pancreatic cancer. But even in all this, she remained devoted to Christ. “If it’s God’s will,” was her humble way of accepting all her circumstances. Her main concern was for her husband, family and friends, as she constantly assured us of her love and that she would be eagerly waiting for us to join her in heaven. She leaves  a rich legacy of love and faith. She might not have been perfect, but she came closer than anyone we know! We sorrow deeply, but we also rejoice that she is finally in her forever home, with her greatest love, Jesus Christ, and is now without pain, forever at rest.

“I have fought the good fight, I have finished the race, I have kept the faith. Now there is in store for me the crown of righteousness, which the Lord, the righteous judge, will award to me on that day—and not only me, but also to all who have longed for his appearing.” (2 Timothy 4:7,8)

Katharina will be greatly missed by: her beloved husband, Wilhelm Harder

Also survived by, one sister Margarita (Jacob) Rempel of

Bolivia, and many nieces and nephews.

Katharina was predeceased by her parents (Peter and Maria Groening), one sister and brother-in-law (Maria and Cornelius Dyck), and one son-in-law (Raymond Reimer), as well as several nieces/nephews.

The family would like to thank all the extended family and friends who prayed for, visited and otherwise supported Katharina in her illness. A very special “Thank You” to Harv and Elma Dyck for going above and beyond in helping us care for Mom during her last days. Thank you to the doctors and nurses from Manitoba Health (Steinbach and St. Pierre hospitals and clinics), Cancer Care Manitoba, Palliative Care and Home Care for your help and advice in navigating this illness. Another huge thank you to Birchwood Funeral Chapel for your professional care and service. Thank you as well to the Grunthal Bergthaler Mennonite Church and pastors Jeff and Randy for your prayers, visits, understanding and support.

A funeral service will be held on Thursday, October 20, 2022, at 10:00 a.m. at Grunthal Bergthaler Church, Grunthal, MB, with viewing one hour prior to the service. To join the family via livestream, please click HERE shortly before the start of the service. Interment to follow at Heritage Cemetery, Steinbach, MB.

In lieu of flowers, donations may be made, in Katharina’s memory, to Multi-Nation Missions Foundation/D’Friesens, (multinationmissions.org/donate/Friesen Diedrich and Nettie). Cheques or etransfers are also accepted. Contact the family for more info.