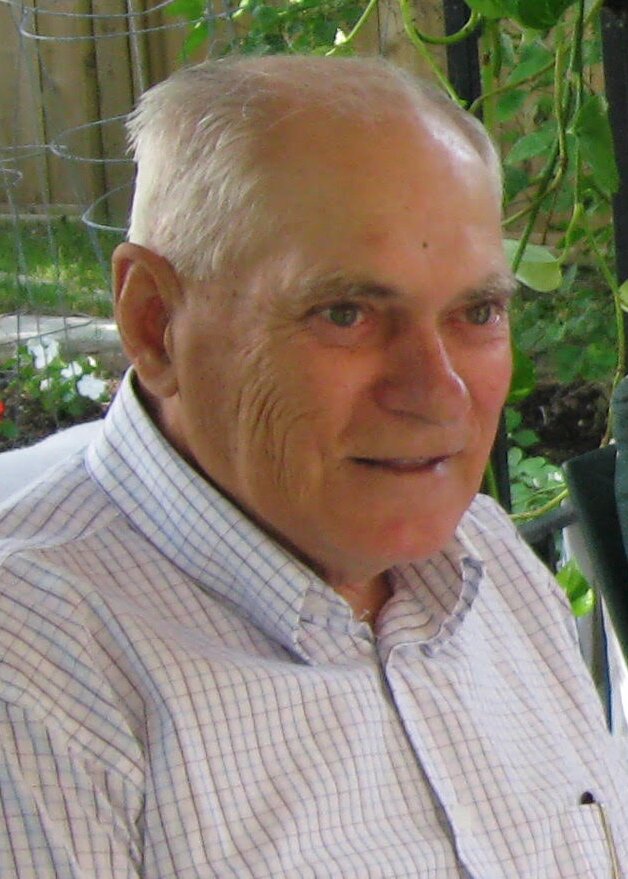 It is with great sadness that the family of John Henry Braun announce his peaceful passing in the early morning of Friday, November 11, 2022.

John was born on August 8, 1935, to Jacob & Sarah Braun of Ste. Elizabeth, MB.  John grew up and spent his entire live on the farm, just east of Ste. Elizabeth. One week before his passing, he moved to Grunthal because he was unable to maintain the farmyard.  He worked alongside his father where he worked the land and maintained the farmyard.  In the wintertime, he very often would get a job at the sugar factory to supplement his income.  Once his father passed away, he continued farming on his own until it was too difficult to continue.  He then rented out the land, not wanting to give up the place he loved so dearly.  One of his great loves was his old Oliver tractor, which he restored and became a member of a Tractor Club.  He took great pride in showing it off at various parades.

John went to school in Ste. Elizabeth up until Grade 8, then he joined his father to work the land and take care of livestock.  He attended the Lichtenau Mennonite Church in Ste. Elizabeth with his family and upon his confession of faith, was baptized in May of 1959.  He was a faithful member of the church, and when that church was moved to the Steinbach Museum, he began attending the Arnaud Mennonite Church.  He was a very sociable person and had many friends in the church and community where he lived.  He had a lifetime of friendship with his very good friend, Jake Peters.  In later years, Jake was a great help to him.  The family appreciated all the help you provided for him.  John was always willing to lend a helping hand, and neighbours, like Norbert & Maria, and Hartley & Julie, were always there to return that help.  John enjoyed reading and got involved in curling for a while.  He made many trips to Ontario to visit with family, his brother Jack & Pat, and his sisters Agnes & Johnny, Irene & Dave, Irmy & Dan and their families.  He also visited his sister Mary & Frank and family in B.C.  John made a trip one year down to the southern United States to help out with the MCC Disaster Services.  He also made a trip to Germany with his two sisters Anne & Helen.  He met many of his mother’s family there, who never came to Canada during the years when many Mennonites immigrated out of Russia.

John was a bachelor all his life, but he loved his family and was always interested in what his nieces and nephews were doing.  He never had children of his own, but he had 33 nieces and nephews who loved him dearly.  He always asked about each one and took a genuine interest in his great-nieces and nephews.  He would always join in on one of his sisters’ families for special occasions.  We all had great fun with him playing games or just visiting.

John had nine sisters and one brother.

He is survived by three sisters: Anne, Helen, and Irmy, sister-in-law Patricia, and 32 nieces and nephews.

John lived a long life on the farm, and he lived life exactly the way he wanted.  His body was ready to make a move, but his heart would forever stay with the farm.