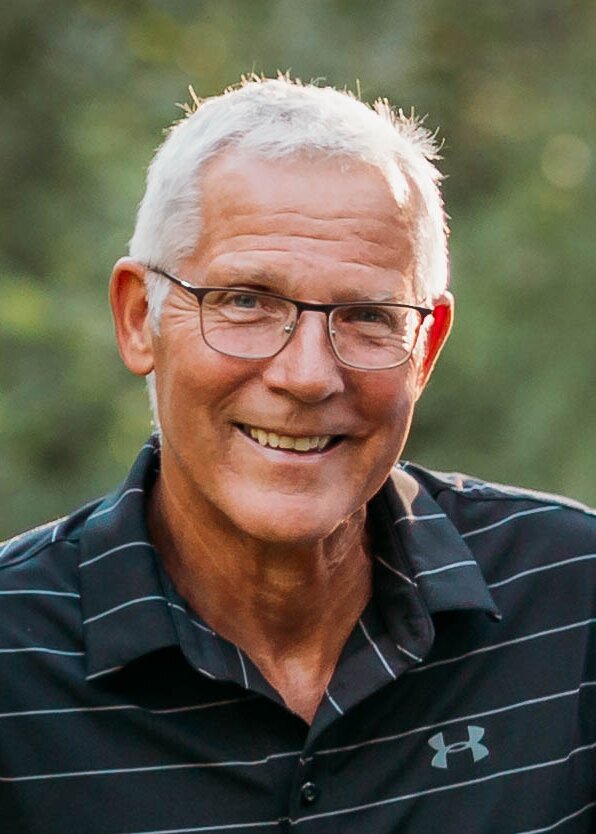 Jake was born in Steinbach, Manitoba, in 1953 and passed away surrounded by family at Health Sciences Centre in November 2022 at the age of 69.

His lifelong career began at the age of 19 at Derksen Printers where he thoroughly enjoyed and embraced the many stages of his work. This included evolving from analog to digital pre-press, designing posters and ads, books and programs. One of the perks in his later career was driving for rural newspaper delivery. Jake loved going for drives. Also getting him out of the office were his daily, turned weekly, hotdog runs with his brother Peter.

Jake was never bored. In addition to his full-time job, he filled his leisure time with various side gigs. Some of which included SCUBA golf ball recovery, cleaning apartments, running the adult badminton program, designing and printing stationery for friends and family.

He was his kids’ biggest advocate - always encouraging them to try new things, be involved in as many activities as possible, and be the best. This involved spending many hours reading rule books, practicing in the gym and on the driveway, and driving to countless games and tournaments. This extended into their adult lives - Jake knew how to express his high expectations, but also show unconditional support in every way. He was so proud of every award and accomplishment that they achieved.

Jake had so many hobbies and interests throughout his life, starting with hockey and fastball.  Besides participating, he morphed into a ref and later a coach to his wife then his daughter and ended as an armchair colour commentator.

Most of these activities included his family, but mostly Dianne. They were true partners in every sense of the word, sharing responsibilities, decision-making, and creating memories along the way. While he had many close friends, Dianne was by his side as his best friend for the last 51 years. They were rarely seen apart.

Always living life to the fullest, Jake made sure he had plans to last for years. He had dream projects and trips, a to-do list for family and friends, and always time for last-minute additions.

Taken much too soon, Jake will be tremendously missed.

A celebration of life will be held on Monday, November 28, 2022, at 2:00 p.m. at Steinbach Mennonite Church, 345 Loewen Boulevard, Steinbach, MB. To join the family via livestream please click HERE or click the video below.

In honor of Jake, donations can be made to the Heart and Stroke Foundation of Manitoba.