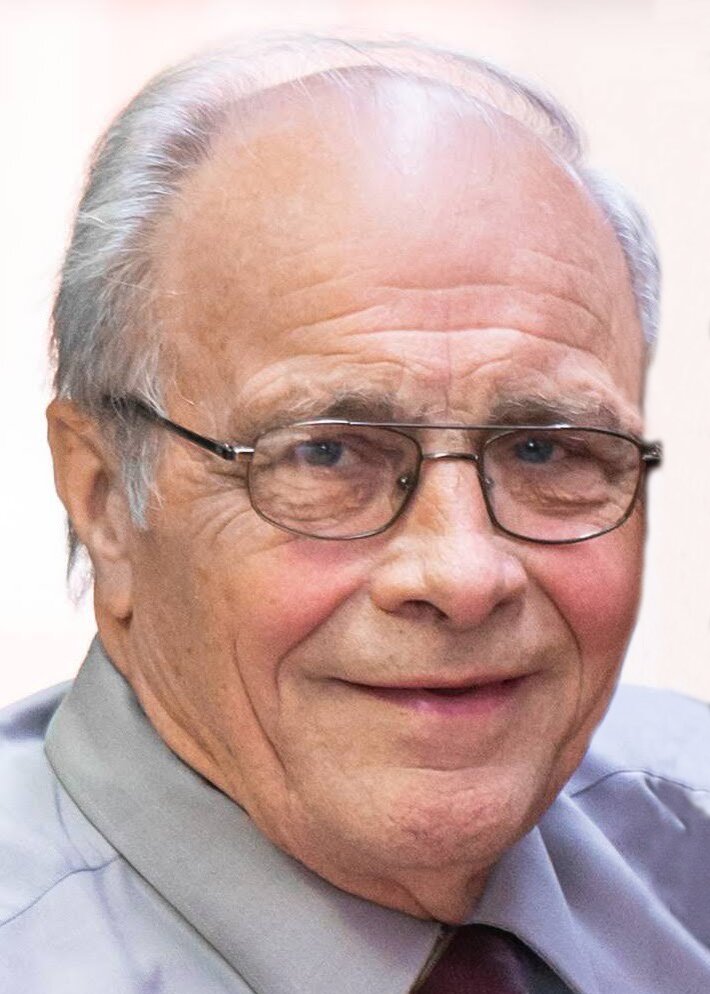 The funeral service will be held on Tuesday, November 29, 2022, at 2:00 p.m. at Birchwood Funeral Chapel, Steinbach, MB, with viewing prior to the service. To join the family via livestream please click HERE shortly before the time of the service.

It is with great sadness that the family of George Kehler announces his passing on Monday, November 21, 2022, following a lengthy illness. He passed peacefully at his home with his family by his side.

Dad was predeceased by two infant daughters at birth, Jennifer and Lorna, his parents George D. and Katharina Kehler, his parents-in-law Cornelius and Anne Fehr, sister Tina and brother-in-law Jake Giesbrecht, brother-in-law Brian Chambers and many aunts and uncles.

Dad was born on October 27,1946, on the family farm in Randolph, Manitoba. He was the youngest of three children, Tina, Peter and George. Growing up on the family farm Dad found his passion and career of becoming an electrician. Dad received his journeyman’s certificate at Red River College in Winnipeg in June of 1969. Dad met the love of his life and our mom Helen in 1968. They dated a year and were married on October 12, 1969. They were blessed with 53 years of marriage. Dad started his career at McCain Electric for several years before moving on to Penner Electric for some time. He took a position at Loewen Windows as maintenance electrician where he gave 36 loyal years of service before retiring in 2008. In Dad’s retirement he found much joy working for Mid-light Electric. He valued the friendships and work he had there with them.

Dad served on several boards such as the CMC Mission Board and The Haven Group. He lived out his faith by serving for many years as a Sunday school Teacher and then later as a Sunday School Superintendent. In these years he developed many lasting and meaningful relationships with his Church family. Dad served his Lord and Saviour with a quiet and gentle spirit but with a passion that was evident to many.

Mom and Dad shared many years of selfless love and devotion supporting each other with an unconditional love. Always there for each other in good times and hard times. Dad always gave his all for Mom and the family. He was a true prayer warrior, always praying for his family and about decisions before acting on them. They had a true partnership in their marriage and set a great example for all of their children and grandchildren. Their times of travel together to various places were a true highlight for them. Enjoying many of these trips with the family. Dad’s Faith was his top priority followed closely by his love for his family. He spent a lot of time with his kids and grandkids playing numerous board games and causing playful mischief with them. Dad enjoyed puzzling to pass the time, often being joined by the family while we visited. Dad often had a twinkle in his bright blue eyes which would be followed with his infections laugh usually when he was causing mischief. He was a big kid at heart. Dad was an excellent listener and always gave such great advice, guiding us through many of life’s challenges. Gently supporting us yet allowing us to make our own decisions. We will miss that wisdom so much!

Over the past few months few things gave him as much joy as tending to his garden and yard, nurturing the new raspberry bushes and cucumber plants, making many bouquets of flowers for Mom, cruising around town on his scooter, campfires with the family in the backyard, camp days, being part of the conversation and shenanigans that were going on.

We as a family would like to thank Dad’s health care team; Doctors Curtis Krahn, Jessica Allen, Palliative Care Nurse Ashley Dubesky, many public health nurses and the Seven Oaks Dialysis Unit staff for their compassionate care and support.

The funeral service will be held on Tuesday, November 29, 2022, at 2:00 p.m. at Birchwood Funeral Chapel, Steinbach, MB, with viewing prior to the service. To join the family via livestream please click HERE shortly before the time of the service.