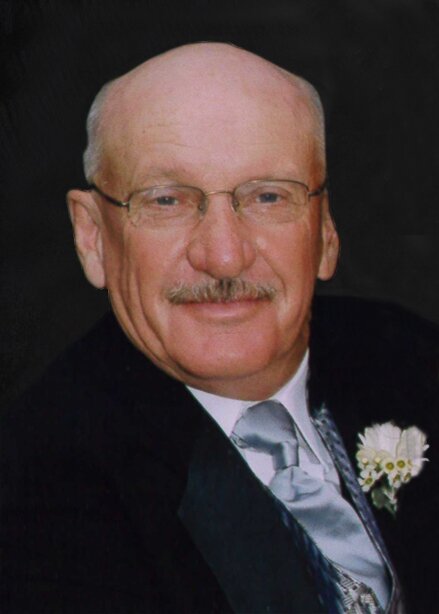 He was predeceased by his parents John P and Elizabeth Toews (nee Unrau).

Earl was born and raised on the Toews family farm one mile east of Steinbach, with just his parents and one brother Robert. His early school years were spent at a family run mill near St. Labre. He later attended Elmdale school, the newly built Woodlawn school and the Steinbach Collegiate institute.

He was married to Bertha Schroeder in March of 1976 for 33 years and had one daughter Kelly in 1981. They moved out to the family farm in the summer of 1986 where they worked hard on beautifying the yard and making memories including the marriage of his only daughter.

He had a love of the outdoors and spent most of his life in a career involving construction and machine operation. He was an amazingly fast and skilled backhoe and skid steer operator, it was such a fluid movement for him it looked like a dance in a machine. He joined the Steinbach Fire department in 1977 and remained a volunteer there until 1993. He was often seen driving the tanker and loved the rush of the powerful forces a fire brings.

He loved hunting, fishing at Gordon lake and the camaraderie that grew from both of those experiences.

Earl’s favorite thing in life was friends and meeting new people. He had a knack of making others feel a part of the conversation and tried his best to get a smile on anyone's face and make them laugh. The repertoire of stories and one liners seemed never ending. The last few years his favorite time of day was 2pm, the moment he could sit at Timmy’s for coffee and have people around him listen to his comments and add their two cents along with it. He loved people, loved to help and would give you his last two dollars if you asked for it. He was someone that loved life and living for the moment, his time here seemed short, but he kept it full and fast. From sports cars, motorcycles and sleds to the well known scooter that will be missed around town. You are loved and will be missed by many.

If friends so desire, in lieu of flowers, donations in memory of Earl may be made to Soup’s On Inc., Steinbach, MB.