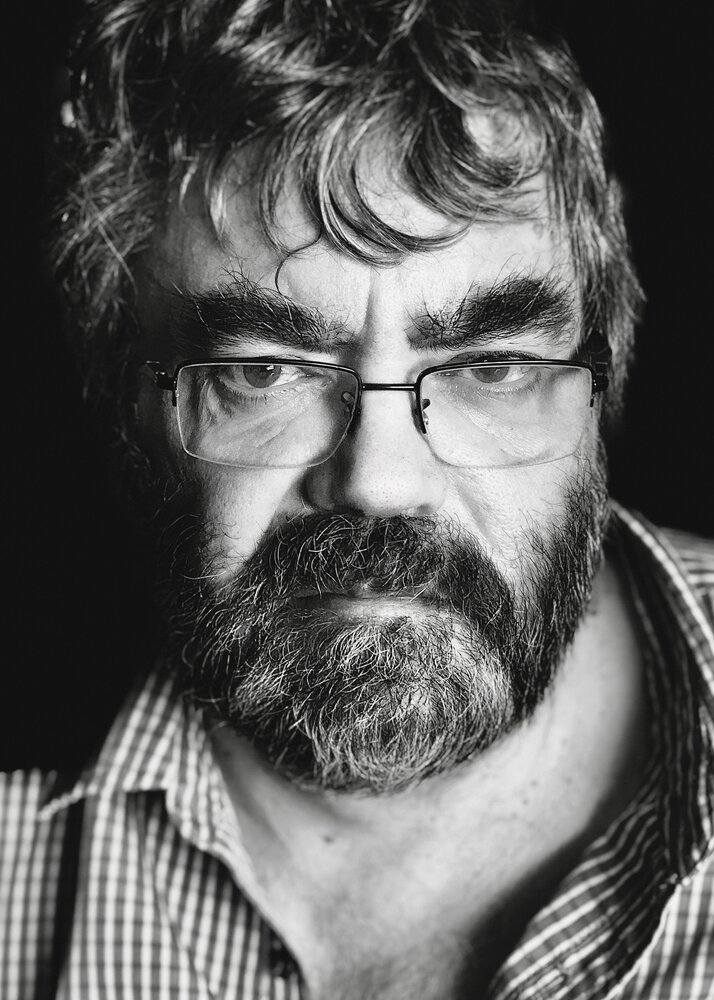 Corey will be lovingly remembered and greatly missed. Corey was born on January 22nd, 1963, in Regina Saskatchewan (much to his consternation) and moved to Richmond, BC when he was 5 years old - a place that always had a piece of his heart. For the majority of his upbringing, Corey was raised by only his mother and two older sisters. He was a hockey goaltender from a young age until his lifelong knee problems began in his mid teens and would not allow him to continue.

Corey met Karen in BC and they married on June 2, 1984. He began his studies in Surrey, BC before the two of them moved to Winnipeg (again - much to his consternation) and his studies continued at Winnipeg Bible College and later Providence Theological Seminary. He was proud to have earned a 4.0 gpa for all but one semester as he earned his bachelors and masters degrees. It was during this time that he would begin using crutches to assist in walking which would become a defining characteristic look and sound. While we rejoice that he is free of this physical limitation, it is a sound that we will miss always.

Following graduation, Corey began his life of teaching and ministering at Mitchell Community Fellowship where our family formed many lasting relationships. Corey became a professor at Steinbach Bible College where he discovered a passion for challenging and teaching his students and friends over 16 years. He never stopped - Corey was passionate about sharing his feelings, insights and knowledge to challenge people’s perceptions and to engage in conversations that he cherished so much. Following, he spent a time as the community counsellor for Good News Community Church. He went on to pastor at Calgary InterMennonite church in Calgary in 2013.

Upon their return to Manitoba in 2018, Corey was able to continue to develop close relationships with his grandchildren, watch them begin to grow and always, always have a smile for each of them.

It was so fitting that his last sermon, delivered less than a month before he passed, was at the place where his passion for teaching and challenging others began - Mitchell Community Fellowship.

Corey was an avid fan of incredibly varied music, movies and tv shows, finding the theology and philosophy inherent in all things. No one else we knew could name every fact about a song including which side of the original vinyl the track first appeared on and list the members of the band along with their individual biographies - whether he was asked or not. His battle with Ménière's disease had caused his hearing to diminish significantly but with the use of hearing aids and headphones at full blast, he was still able to enjoy his music and share that joy with his family and friends until his last days. Star Trek - The Original Series was among his favourite shows that he also enjoyed and rewatched until the day he passed.

He saw the humour in the mundane, the joy in otherwise sad scenarios. He made connections between events that catalyzed lasting inside jokes. He long teased that his obituary should read ‘He’s dead Jim’ as immortalized by Dr McCoy in Star Trek.

Such a life is so, so hard to summarize. He was selfless, wise, giving, passionate, understanding, kind and gentle. He was loving, he was warm, he was strong, and he was fiercely supportive of those he loved - and he loved so many. This egalitarianism rarely wavered, even in the face of personal hardship.

But he was so much more than this. He was our father. Husband. Grandfather. Uncle. Brother. Teacher… Friend. Without disparaging the late Warren Zevon, I think we will keep Corey in our hearts for more than just a while. Another line in the song resounds: “If I leave you, it doesn't mean I love you any less”.

Even though you’re gone, we won’t love you any less either. We will miss you dearly.

The memorial service will be held on Sunday, January 22, 2023 at 2:00 p.m. at Birchwood Funeral Chapel, Steinbach, MB. To join the family via livestrem please click HERE shortly before the time of the service.

In lieu of flowers, donations may be made to Birchwood Funeral Chapel, Steinbach, MB, to assist the family with funeral costs, Steinbach and Area Animal Rescue, Steinbach, MB, or Nine Circles Community Health Clinic, Winnipeg, MB.