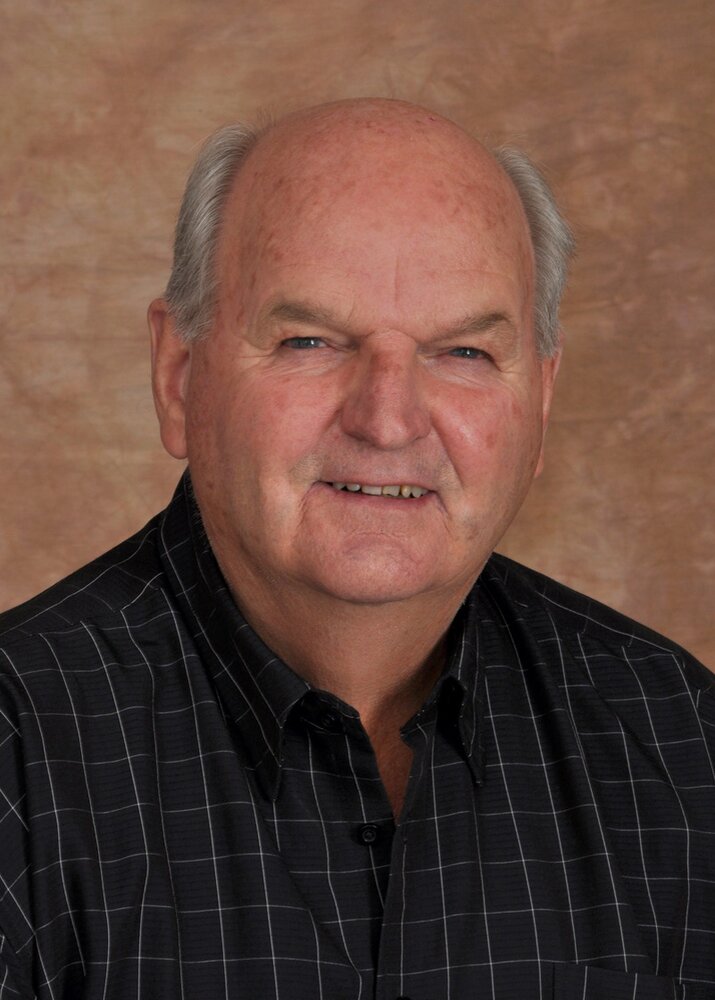 Cornie is survived by his wife of 60 years Hilda, four sons and one daughter.

Cornie is predeceased by his parents Isaac and Maria Goertzen, five brothers, two sisters and one grandson Steffan Goertzen.

Cornie Goertzen was born in Winnipeg, Manitoba, on March 10, 1941, and grew up on a farm near Landmark, Manitoba. He attended public school in Landmark and later studied at Winkler Bible Institute for one winter. He loved singing and participated in male quartets as a teenager locally and at Bible School. During his teenage years, Cornie became a child of God, was baptized and joined the Steinbach Mennonite Brethren Church. He enjoyed singing in the church choir, which also served as a social meeting place. Here he met his future wife, Hilda Thiessen and they got married on May 31st, 1962.

Having grown up on a dairy farm, it seemed natural for Cornie and Hilda to embark on their life together on a farm. They bought a farm, two miles north of the Goertzen homestead, growing grain and raising hogs and beef cattle. During these years, the farm income was supplemented by working for local businesses and farmers, as well as doing custom fieldwork with Cornie's parent's equipment. In 1969, an opportunity arose to purchase a farm southeast of Steinbach and this is where they raised their family. They were blessed with four sons and one daughter, Robert, Rhonda, Randy, Ron, and Chris. As the children grew, the farming opportunities also increased and everyone worked together, to care for the growing livestock herd and the increased acres to be tilled and harvested.  After high school, each of the children was encouraged to pursue a post secondary education, with the promise that a summer job on the farm would always be waiting for them to help pay for the next year of studies. Cornie and Hilda continued to support each child in their adult career pursuits, whether in education, in business, or in farming.

Travelling and sightseeing had been limited to day trips, for as long as they had had the dairy, so in 1990, when the dairy farm was sold to son and daughter-in-law, Randy and Shelley, Cornie and Hilda were able to explore more of North America. Back in 1960, Cornie, his three younger siblings and his parents had made a trip to British Columbia to visit relatives and to see the mountains. This trip had been a highlight of his youth and now he and Hilda were able to plan car trips to Florida, Arizona and other locations. Visiting relatives in other provinces and enjoying the natural beauty of the world continued to be important in their retirement years.

Christian faith and the Mennonite Brethren denomination were important to Cornie and Hilda. They took to heart the Menno Simons quote: True evangelical faith cannot lie sleeping: for it clothes the naked, it comforts the sorrowful, it gives to the hungry food, and it shelters the destitute. They lived this out in many ways throughout their marriage. Cornie and Hilda served as deacons taking time away from the farm to visit the sick, lonely and grieving. They were in charge of the church food committee and Cornie served on church council. As well, they welcomed relatives, their children’s friends, or people who needed a helping hand to stay for weeks and sometimes months offering food, shelter and work as needed.

In 1980, Cornie was elected to the RM of La Broquerie council. He enjoyed resolving issues that were important to him such as proper drainage and well-maintained roads. Listening to citizens and mediating their concerns seemed to come somewhat naturally to Cornie and people quickly recognized that he was a reasonable, responsive and trustworthy person. He served as a municipal councillor for 30 years. Cornie was also integral to the creation and expansion of the Seine Rat River Conservation District. As chairperson of this organization, he sought to bring all southeastern municipalities into the organization. This goal was achieved through gentle persuasion and a respectful approach to others over his 20 years of service.

Cornie served on numerous other committees and boards over the years. His time on the Regional Health Authority (RHA) board was meaningful to him as healthcare was important in both his personal life and the community's life. He also served on the Manitoba Conservation District Association (MCDA) including a number of years as chair of this provincial board.

While Cornie enjoyed farming, church and community life, his greatest joy came from being a Grandpa and Great-Grandpa. From the oldest to the youngest, Cornie loved interacting with each one. He held and cuddled them when they were days old and sang his favourite German rhymes as he rocked them. He attended a wide range of winter and summer sporting events as well as music concerts, watching his grandchildren grow and excel. He enlisted the grandchildren in splitting huge loads of firewood, making hundreds of New Year’s Cookies, and playing a strategic game of Monopoly.

Cornie showed a special interest in each member of his family. Each person that came into the family was accepted and loved. As Cornie said recently, “We always wish for one more day.”

The funeral service for Cornie will be held on Sunday, January 15, 2023, at 2:00 p.m. at Birchwood Funeral Chapel, Steinbach, MB, with a viewing prior to the service. To join the family via livestream please click HERE shortly before the time of the service.

In lieu of flowers donation may be made to Friends of the Mennonite Centre in Ukraine. Mennonitecentre.ca

We as a family would like to thank Dad’s health care team: Dr. Brady Kornelson, Lung and Cardiac Specialists in Winnipeg, Health Care Aides Rachel and Caroline along with the rest of the Home Care Staff, Palliative Care Staff, Hanh and Tami at Primary Care Pharmacy and the Bethesda Regional Health Centre Staff for their compassionate care and support.