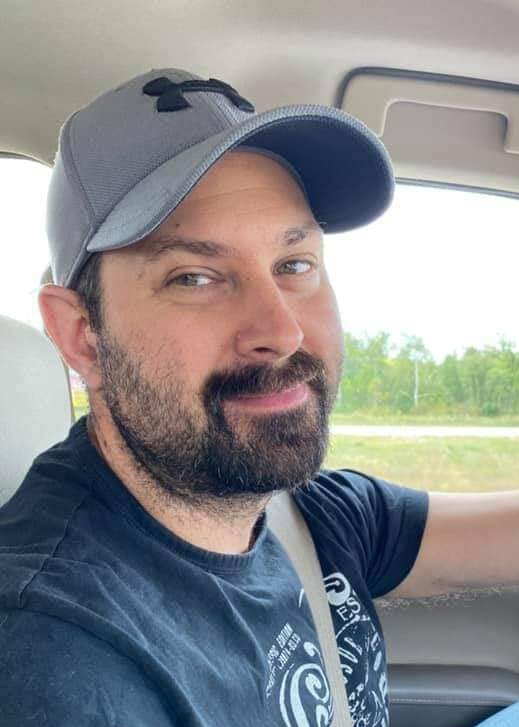 It’s with disbelief and great sadness that we announce the sudden passing of Brent Wery on Sunday, January 8th, 2023.

Brent was so many things to so many people; A devoted partner, amazing father, first responder, and cared immensely for his entire family and community. He was the kind of guy that would give you the shirt off his back. He touched so many lives during his short 42 years with us.

You could say Brent was a bit of a superhero in his community and to his family. By day he worked as a Charge Medical Radiology Technologist at HSC, since 2002. By night he was a devoted father, and somewhere in the middle of all that he managed to find time volunteering as Captain Fire Fighter for the Richer Fire Department, was a passionate counselor for his community and the R.M. of Ste. Anne, proudly represented the Eastman Regions Female hockey Council for Hockey Manitoba, and was an enthusiastic and energetic member of the Richer Community club. Just to name a few!

He was often the life of the party bringing positivity and dad jokes to any room he walked into. He was the fun-loving goofy uncle that would play in the snow and get down on the ground with his nieces and nephew, the devoted partner, always taking care of those around him. Brent loved nature and the outdoors, loved weekend canoe camping trips, frequent hiking, and hunting.

If you had a debate with Brent, with the help of Google, he would find the long and complex way to prove he was right all along. Which often the explanation really only made sense to him. We will miss the intense political debates at the weekly Sunday family lunches.

Brent loved his kids with all his heart. He was very proud of his strong and beautiful children often sharing stories of them. He also adored his nieces and nephew. Having a lasting impact on their lives; whether it was teaching them to ride a bike or providing advice for career paths.

To our Dad; Thank you dad for everything you’ve done for us. Helping pave the way in our future, in jobs and educations. Whenever we needed you, you were there to help with no hesitations. Our dad was a powerful, thoughtful and emotional man. Dad would always say, “KISS; keep it simple stupid.”

From his hockey family; Brent will be deeply missed by his hockey family. He loved the game and was passionate about girls’ hockey. He touched so many lives with his knowledge and willingness to share himself endlessly to the development for all girls not only from his home community but throughout Eastman and the province. He was a true champion and proponent for the game which was evident in the hours he committed to following his daughters’ teams, heading out on road trips, volunteering on hockey councils and to any opportunity he could find to advocate for the advancement of the game. His love for hockey was contagious and impactful, Eastman will forever have a void.

From his Richer Fire Department family:

A fire fighter, a leader, a mentor, a big brother, a friend; this is how we at Richer Fire Department will remember Brent. He was a man who did everything at his 110%, a man who would stop at nothing to help and protect his neighbors, a man who would always try to teach unto others the things he had learned. We should all be so lucky to cross paths with a caring soul like Brent, let alone have him as a part of our fire family.

We will continue to train to our best ability so we can continue to protect the community you always fought so hard for, and we will do so in your honour. We now, and forevermore, miss you, Brent. Thank you for keeping us safe all these years... we know you will never stop.

Brent will be sadly missed by his fiance Amanda, child Oesen and his former spouse Colette and their children; Serena, Ariana. Nicholas and Frank. Along with his parents Robert and Dale, his brothers and sister; Brad (Gina), Scott (Angela), and Sonya (Will), and his nieces and nephews; Alanna, Carly, Danika, Hailey, Katie, Elizabeth, Raina, Kane, Stephanie, Micheal, Justine, Cameron, Trinity, Cassidy, Mason, Alex, Gabby.

Brent was predeceased by his grandparents; Irene & Steve Symbol, and Jules & Aldea Wery.

The family wishes to express appreciation and gratitude for all the prayers, words of encouragement, cards, and expressions of sympathy received from family and friends.

The funeral service will be held on Saturday, January 21st, 2023 at 2:00 p.m. at Birchwood Funeral Chapel, Steinbach, MB. To join the family via livestream please click HERE shortly before the time of the service.

Brent quote “you’re not stuck…if you get yourself unstuck”

In memory of Brent, donations may be made to the following go fund me pages.