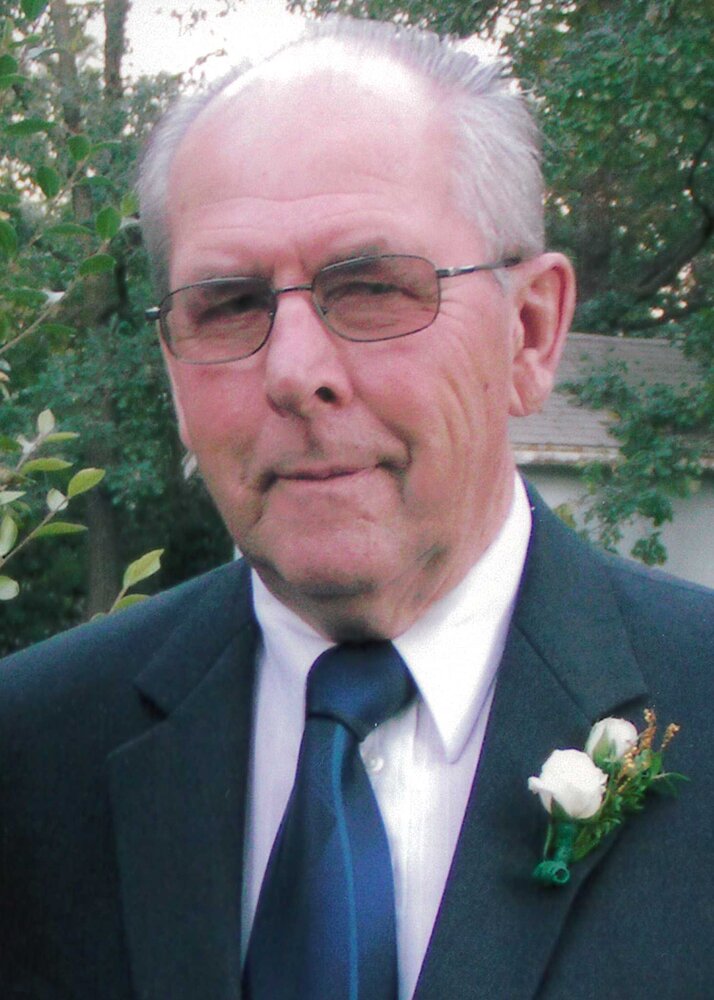 On Wednesday, January 11, 2023, Alvin Brandt passed away peacefully at the Bethesda Regional Health Centre in Steinbach, Manitoba, exactly three months before his 90th birthday. His son Steve was with him as he took his last breath.

Alvin was born, a big strong boy, on April 11, 1933, to Abram and Agenetha Brandt. They lived on a country farm in 'Huachfeld', which is two miles west of Blumenort. His brother Wilmer and sister Betty joined and completed the family in the next years. Dad had a two and a half mile walk to the two room Blumenort elementary school, and in the winter, he would hitch his horse to a sled and pack it full of neighboring school kids (including Adina Plett), and take them all to school. Here Alvin completed grade six and during grade seven he convinced his reluctant dad that it was time to quit school and help with the Spring field work.

Alvin married his sweetheart, Adina Plett in 1956. The newlyweds moved into a house on the 311, located close to the existing Blumenort school, and started out operating a seven head dairy farm. Alvin improved his herd to the point of being awarded three awards in one year for various accomplishments. Four farm hands joined their family at this location, and they were Marcia, Mary Lou, Steve and Frank. Several years after Frank was born, they made a move a quarter of a mile east along the 311, and moved into what had been Alvin's parents' house. Here he pursued his love for raising beef cattle, working tirelessly to make a go of it. In addition to his feed yard, he worked land and also added a farm equipment dealership to his work load. Needless to say, he worked endlessly. He enjoyed it, and also enjoyed doing renovations on their house, bringing Adina's dreams to fruition. Somehow he found the time to take family holidays with camping trips and road trips. Alvin was a patient teacher and coach as he entrusted his young kids with big responsibilities of operating farm equipment.

In the early 80's, Alvin experienced a financial set back, that lead towards his new occupation of trucking. He enjoyed many years of working in the transport industry, taking pride in his work and again working long hours. At the age of 60, Adina completed her class one drivers and joined Alvin on the road. They pursued this new adventure with excitement and enjoyed many a trip with grandchildren in tow, during their summer holidays from school. They had their favorite stops especially in the US where they would pick up good deals; cream cheese, nutty bars and other treats for the grandkids. They made friends wherever they went, and had wonderful years of spending time on their 18 wheeled motor home.

Over the years Alvin and Adina were blessed to be able to travel to a variety of places. They escaped stretches of our cold winters by venturing to the Bahamas, where dad worked on maintenance jobs at a private school and they also joined a construction team in Florida one winter. Alvin and Adina visited Marc and John and family in Austria three times, traveled to Churchill with Steve and Betsy, visited Frank and Cor and girls in Belize, and had trips to the east coast, the west coast, Hawaii and Mexico. They took us all to Abbostford to attend Jonathan and Robyn's wedding. Family trips were highlights to themand many memories were made. In the later years they took several bus trips to beautiful scenic destinations in the states.

Of special interest to Alvin was purchasing several antique tractors and refurbishing them. He spent endless hours in his shop on the Steve's yard, carefully detailing these tractors and making them gleam to perfection. He joined the local tractor club and enjoyed the friendships in this community, attended many meetings and events related to his hobby. He rode his tractors in parades and participated in many tractor trek events, including his sons, grandchildren and grandchildren in law.

In his 80's, Alvin continued his work at Steve's Livestock Transport, slowly replacing his trucking trips with yard work and maintenance, running errands and doing anything and everything that was asked of him. The staff at Steve's became like family and he enjoyed this stage of still being able to get out and work. Alvin was blessed to live a long and exceptionally healthy life and was grateful to God for granting him great health.

2022 came with some health challenges for Alvin. He was hospitalized for several months and came home in June, to live in his and Adina's new home in Oakview Manor. Life slowed down for them and they enjoyed a wonderful summer of sitting on their deck enjoying the fresh air, adjusting to apartment life, and spending some precious time together.

Our dad was steadfast in his faith and dedication to God. He left us, the family with a strong example and legacy of what is truly important in life; to follow God's word. He was a man of few words, but laid the foundation of how to live, by example. He gave generously of his time and money, always willing to help a need. As kids, we heard him and mom praying together in their bedroom, on their knees, lifting their requests to God. This impacted us. Each morning after breakfast dad would read the Daily Bread devotional to us, and this was an import practice that he continued every day, no matter what time he left in the morning. He valued his Church family and actively joined in serving God through various Church ministries. He especially enjoyed many trips to Eagle Lake Bible Camp, to work on renovations and projects to improve the camp. We are grateful that he accepted Jesus' offer of forgiveness and blessed to have witnessed the demonstration of this decision.

He was predeceased by his parents Abram and Agenetha Brandt, his brother Wilmer and his grandson Morely Brandt, Steve and Betsy's son.

We as a family would like to thank Dr. Kaethler for his kindness to us and for his care for our dad over the years. We thank the homecare health care aides and Bruno Kampen who came to assist dad in the last months, always chearful and helpful. Also the many capable nurses and doctors at the Bethesda Hospital who helped with advising us and keeping our dad comfortable and were ever so loving and kind to him and to us. We appreciate so many beautiful souls involved in his care during his last days.

We thank you, our community for walking alongside Alvin and for supporting us today as we remember our dear husband and dad and grandpa.

The funeral service will be held on Tuesday, January 17, 2023, at 11:00 a.m. at Birchwood Funeral Chapel, Steinbach, MB, with a viewing prior to the service. Burial to follow at Blumenort Community Church Cemetery, Blumenort, MB. To join the family via livestream please click HERE shortly before the time of the service.