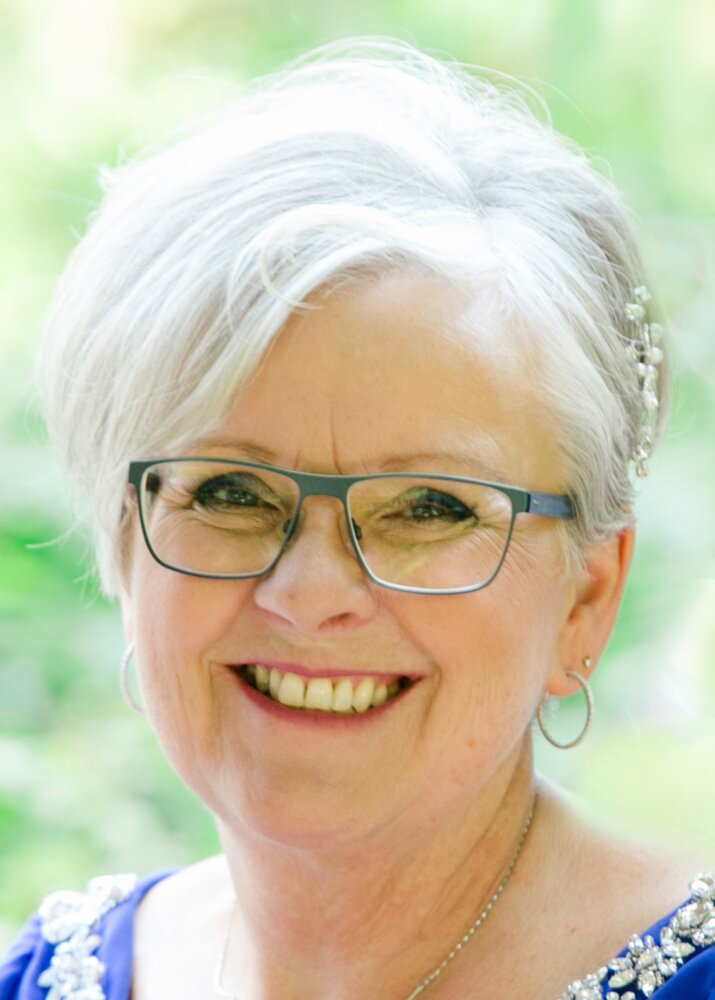 A celebration of her life will be held Sunday, January 29, 2023 at 3:00 p.m., at Birchwood Funeral Chapel, Steinbach, MB. To join the family via livestream, please click HERE shortly before the start of the service.

Elizabeth (Liz) Armstrong, age 67 years, beloved wife, mom, nana, daughter, sister, auntie and friend passed away peacefully with her family by her side on Saturday, January 21st, 2023, at her home in Niverville, MB.

Liz was born on November 26, 1955, in Edinburgh, Scotland, to Bill & Joan Sutherland. Her parents immigrated to Canada when she was 18 months old and after a few years settled in Winnipeg, Manitoba. She became big sister to David, Kathleen, Joanne, Sandy and her baby sister Jenny. She spent many fond years running around with her siblings and the neighborhood children on Imperial Ave. In her teen years, Liz attended Glenlawn Collegiate where she was active in drama. While still only in grade 12 she met the love of her life, Gord, while dressed as an old spinster for a school play. This past January 12th marked their 49th anniversary since their first date.

They married on September 6, 1975, and lived in Winnipeg for the next eight years where they welcomed Michael, Steven and Nanci. In 1983, they moved to Gimli. This is where she excelled as she embraced life as a mom while supporting her husband as he pastored Living Word Christian Centre, by serving as church secretary and worship leader. She was always baking fresh bread, caring for the ever-changing family pets, sewing, and opening her home to countless friends, family and people needing a helping hand. Though life was always busy and challenging, her family remained her highest priority.

During those years they took many family road trips where she captured the attention of her children for hours by reading stories until her voice was hoarse.  Mom’s voice was like a tonic, and they often were left begging for her to continue reading. She was always organized, patient and slow to anger even after sleeping on a tent floor with rocks digging into her back for many nights in a row.

In 1992 the family transitioned to Niverville, MB. She spent 20 years working for Excel Playgreen Group as bookkeeper and administrative secretary. In 2005 the first of her eight grandchildren were born. Her husband Gord would proudly say that she was born to be ‘nana’. While her later years brought life changing challenges, her family remained her highest joy and happiness and reason to keep fighting. She will always be remembered for her joy & laughter. Her beautiful flower gardens will be a constant reminder of her quiet, sustainable love.

Liz is predeceased by her sister Jenny, her grandparents, mother-in-law, father-in-law and brother-in-law.

A celebration of her life will be held Sunday, January 29, 2023 at 3:00 p.m., at Birchwood Funeral Chapel, Steinbach, MB. To join the family via livestream, please click HERE shortly before the start of the service.