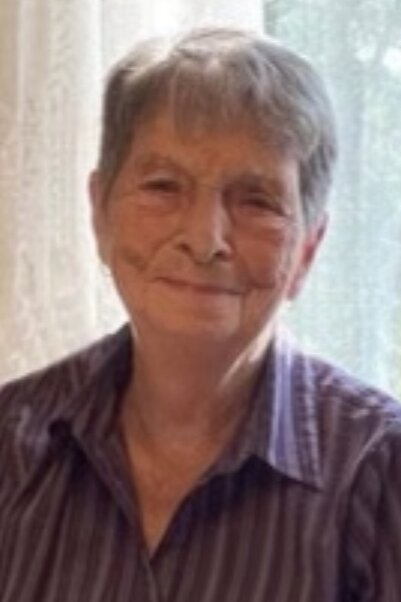 Barbara Mae Christofferson of Middlebro, MB passed away Thursday January 19, 2023 at St. Boniface Hospital in Winnipeg, MB at the age of 83.

She was predeceased by her beloved husband Ronald Christofferson, her sister Alice, her brothers Gerald, Guy, Bill, Jack, Loren, Don and her grandson Shane Christofferson.

Barbara was born in Warroad, MN, on May 7th, 1939. She was the daughter of John and Minnie Fealy. She grew up in Warroad and married Ronald Christofferson of Middlebro, MB on April 17th, 1959. They were married for 63 years.

Over the years Barbara worked a little off and on. She worked for Sandilands planting trees. She cooked and cleaned for Sprague Hotel, Meek's Truck Stop and Buffalo Point.

The simplest pleasures in life brought great joy to Barbara. She loved spending time with her family and friends, gardening, going for walks with Molly, listening to the birds sing and the beautiful sunshine. She spent a lot of time at home cooking and baking. She was known for the best homemade bread and pickles.

Barbara had a heart of gold, a smile of pure joy and a kindness that extended to all she knew.