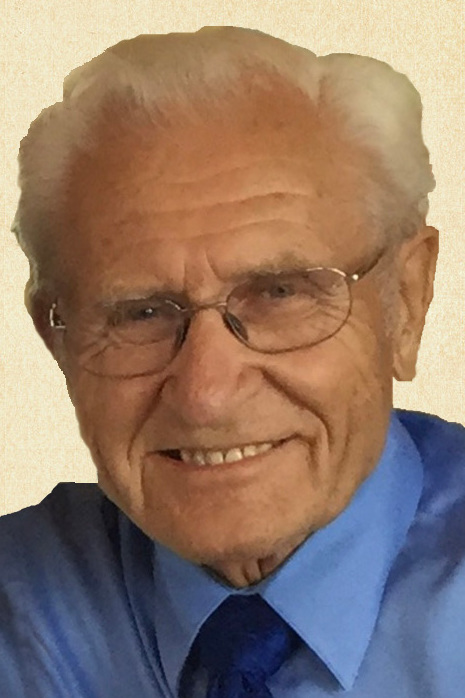 Ed Loewen passed away peacefully on Saturday, July 25, 2020, at age 86, at the Riverview Palliative Care Unit with family by his side.

Ed was born on November 4, 1933, in the Blumenort area to Isaac F. Loewen and Elisabeth (Unger) Loewen, the seventh of ten children.  He and Lydia Reimer were married in 1956 and farmed the Loewen family farm until moving to their own farm one mile west of Steinbach.  In 1967, they moved to Steinbach and Ed joined his father-in-law in the farm implement business, later going on his own and expanding his company, Brookside Enterprises.  In the eighties, Ed and Lydia moved to Winnipeg where he farmed again, this time with son Russell, and then, together with son Patrick, entered the bottled water business and formed the company Corpell’s.  Ed enjoyed business as well as farming, and he enjoyed people; his work ethic was infectious.  Over the years, he was involved in the community, serving on boards and committees related to Mennonite heritage and refugees, among others. Ed was a caring and friendly person, and he was always ready to assist those in need, whether through donations or direct involvement. He particularly cared for those who did not have enough to eat.

Above all else, Ed was loyal to his family.  In the past few decades, Ed and Lydia enjoyed their cottage near Marchand with family and friends. They intentionally spent a lot of time with their children and grandchildren, sometimes travelling great distances to do so.  A captivating project for Ed in the last two years was collaborating with Lydia and son Russell to write his memoirs, pulled together in a book entitled They Called Me Eddie.

A few years ago, Ed and Lydia moved to Lindenwood Terrace where they enjoyed the assisted living lifestyle. The family would like to thank the staff at Lindenwood Terrace, including the residence care workers, as well as all those at the Riverview Palliative Care Unit for their excellent care of Ed in the past few months during these challenging times.  A special thank you to Dr. Sharkey, Ed’s long-time doctor and friend.

Ed was a bright light in our lives on a daily basis and the family will miss him dearly.

A memorial service will take place at a later date.

In lieu of flowers, please consider a donation to a cause important to Ed such as the Canadian Foodgrains Bank https://donate.foodgrainsbank.ca/cart/checkout?appeal=202 or a charity of one's choice.