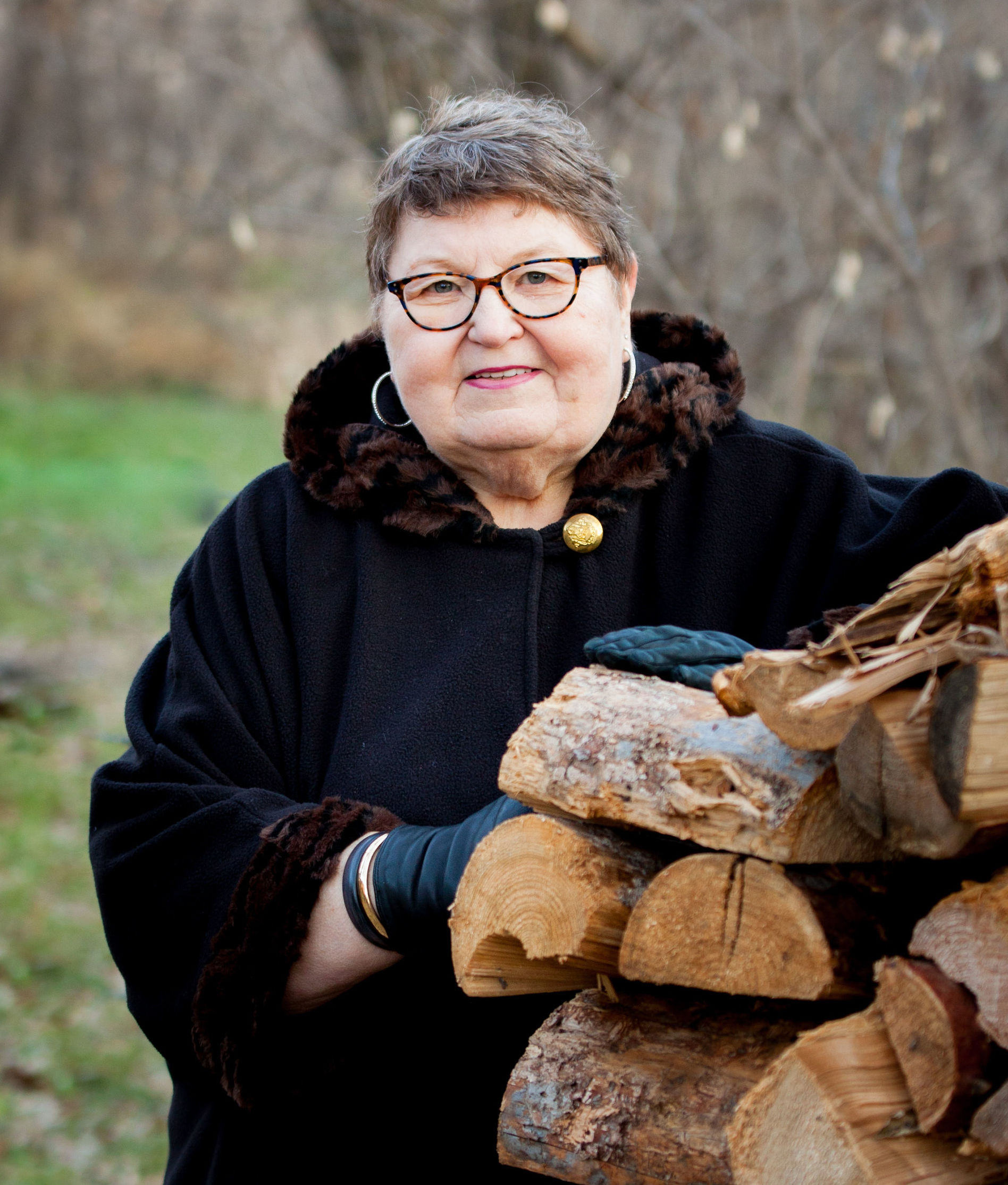 With heavy hearts, on Saturday March 27, 2021 we said goodbye to our Mother, Mother-in-law and Grandma as she passed away peacefully in Bethesda hospital.  Mom was born the oldest of six siblings but just by a minute or two.  Mom had a twin sister Anne, and they were simply known as “the twins” growing up.  For us kids it was like having two moms because half the time we didn’t know which one was our Mom and frankly, it didn’t matter.  Mom grew up on a dairy farm across from the Auction Mart and she worked more in the barn while Tante Anne worked more with household chores. Maybe that’s why Mom married a salesman and Tante Anne married a farmer.  The first job the twins had was at a sewing factory in St. Malo.

Mom was baptized by the confession of her faith in the spring of 1965.  At this time, she resolved to follow the Lord and his teaching forever.  She said at that time there was still general questions of the “assurance” of salvation, but she knew that if Jesus came, she was ready to go with him.  Mom kept her promise to follow Jesus through her life and often shared her testimony of God’s goodness and faithfulness with others.

In September of 1965 Mom married Peter Esau and they started a family.  Dad was a traveling salesman and Mom would go with, often for many days at a time.  Dad then decided to attend school to become a barber and opened a barber shop in Grunthal, while driving school bus as well.   Mom was able to raise her babies at home.  Dad expanded the business to include insurance and they sold their small house in town and purchased a rural property for their expanding family.  Life was good.

In January of 1983, however, Dad was diagnosed with cancer and entered into 1 1/2 years of intense treatments. Dad passed away on July 15, 1984.  Mom wrote in a testimony that “the last week I prayed the Lord to take him home, because I couldn’t stand the suffering he was experiencing.  It is so hard to see someone you love suffer, when we know that heaven is a much better place.”  I think we can say we understand these words.

Mom was left with a business that she didn’t know that much about and four boys from 9-18 to raise all the while grieving the loss of her husband.  Mom learned to lean heavily on Jesus, and she got her insurance licence and did an amazing job of both juggling being a great Mom to her kids and running her business along with Wayne.

As us kids got married and had children, Mom took great joy in her grandchildren.  She was so interested in each of their lives.  A few years back Mom was able to take her whole family to Mexico for a week and that was such a highlight for both her and all of us as well.  Mom would often pray for her family and her biggest desire was to see all of us join her someday in heaven.  If you thought the Mexico trip was great, I think it’s simply a shadow of what we have waiting for us in heaven.

Mom loved Christmas and she had enough decorations to decorate every room in her house two times over. More than the decorations though were her love for family and gathering together.  So, like with many grandparents, this last year has been difficult for her, as we were not able to get together for our Sunday lunches or have gatherings.  The last time we were all together was at Sarah and Peter’s wedding and Mom decided to suspend her cancer treatments so she would feel good enough to attend.  Mom had such a good time that although there was a break between the ceremony and reception in which we expected Mom to go home and rest, she decided to stay the whole time because she just wanted to take in as much of her family time as she could.

Mom also had many friends and loved to go for coffee or breakfast with them.  Although the last while most of the conversations lately had to be on the phone, she valued her friends very much and was very thankful for each one of them.

Psalm 100 writes “Shout for joy to the Lord, all the earth. Worship the Lord with gladness. Come before him with joyful songs.

Know that the Lord is God. It is He who made us, and we are his; we are his people, the sheep of his pasture.

Enter his gates with Thanksgiving and his courts with praise; give thanks to him and praise his name.

For the Lord is good and his loves endures forever, his faithfulness continues through all generations.” Amen.