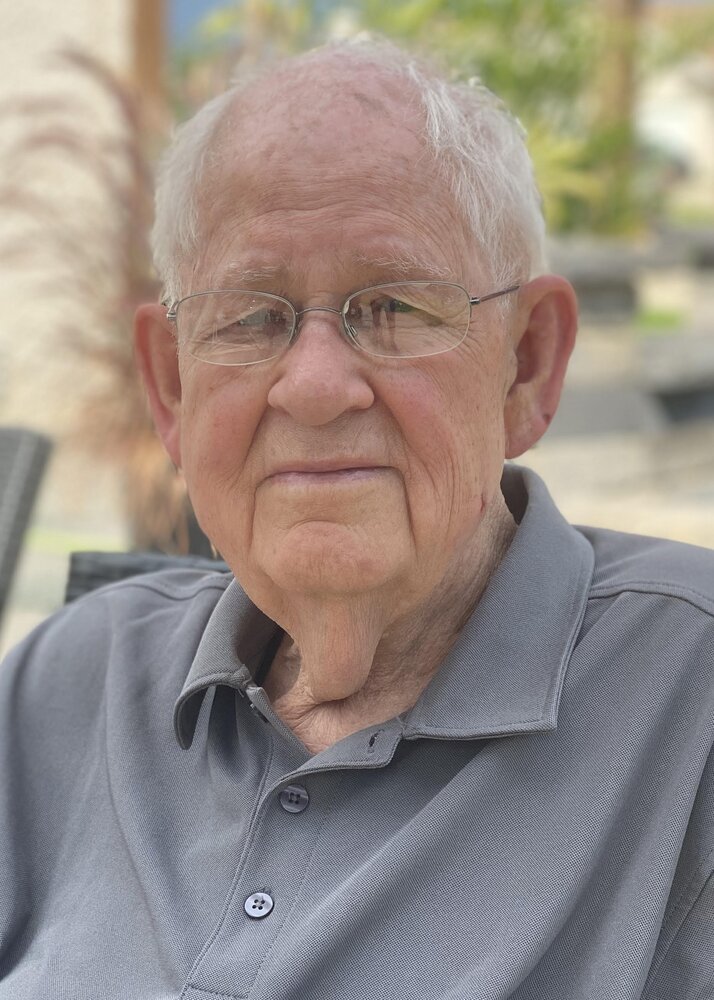 On Sunday, November 28, 2021, Garnet Henry Reimer of Steinbach, Manitoba, passed away at the age of 85 years.

He was predeceased by his wife Margaret (Giesbrecht) on November 6, 2009, and his sisters Della and Vicki.

Garnet was born on March 14, 1936, in Steinbach, to Agnes and John F. Reimer. Garnet’s older sister Della was born in 1934 and then in 1954 2-month-old Vicki was adopted into the family. Garnet lived in Steinbach his entire life. He enjoyed his time in the Steinbach Boys Band, meeting the love of his life at Pete’s Inn, his 48 year career at Fairway Ford (J.R. Friesen and Sons), yard projects and building model airplanes. Garnet and Margaret were married December 30, 1960, at the Steinbach EMB Church (Cornerstone Bible Church) and were actively involved in service throughout their entire lives. Garnet was a car guy. He was known for his meticulous vehicles and loved nothing more than long road trips with Margaret across Canada and the USA. He cherished his family and created many lasting memories with his children and grandchildren. He enjoyed taking the family away on vacations, spending many summer holidays in Detroit Lakes and dining in the best restaurants. Garn was a friend to many that knew him and his spirit of kindness and encouragement will certainly be missed.

A Celebration of Life will take place on Thursday, December 16, 2021 at 2:00 pm at Birchwood Funeral Chapel in Steinbach, Manitoba. *as per government regulations, proof of vaccination is required. To join the family via livestream please click the following link shortly before the time of the service. https://view.oneroomstreaming.com/authorise.php?k=1638479718151607.

Thank you to all the staff at Steinbach Bethesda Health Care Center and Dr. Karen Toews for their kind care and support of Garnet.

In honour of Garnet and in lieu of flowers, donations may be made to the Heart & Stroke Foundation.