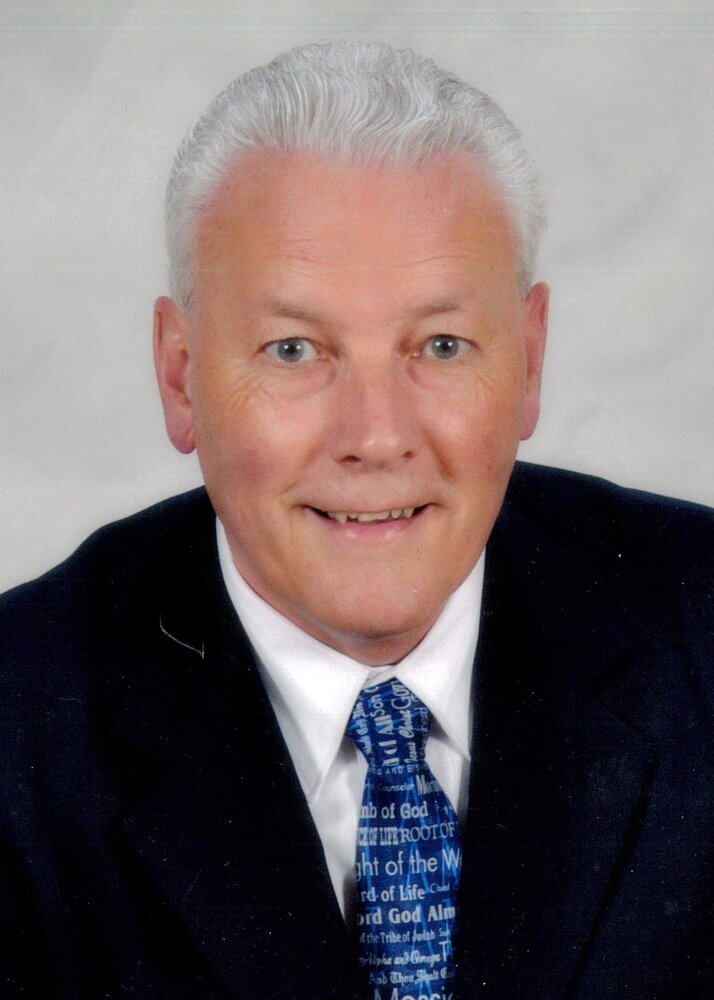 It is with overwhelming sadness yet with the peace that only God provides, that we announce the sudden passing of Pastor David of Steinbach, MB. He passed into eternal life on the early afternoon of Sunday, May 1, 2022, with his family by his side, releasing him from this world as the angels escorted him to his heavenly home. Though grief stricken, we are not without hope. Our hope rests with God, the author and finisher of our faith.

The memory of David will be cherished by his wife Katharine (Katy), his children Jonathan, (wife Kalie, children Molly and Hank), Russell, (wife Amber, son Emmett), his daughter Natalie, (husband Scott, sons Seth and Max). David is survived by his brother Rodney (Debbie), his sister Arvella (Mike), his brother-in-law Jim Pfeifer and their families. His mother-in-law Herta Unruh, and his in-laws, Helen and Walter Streilein, Mary Unruh, David and Susan Unruh, Rodney and Elizabeth Grahn and their families.

David and Katy were married on August 3, 1968. They spent 53 years together. It was a life full of adventure in God’s ministry. Together they took up residence in Winnipeg, Regina, Steinbach, Seattle, Wetaskiwin and back to Steinbach.

David lived his life led by his faith in God, salvation through Jesus Christ and the guidance of the Holy Spirit. David was generous with his time and energy, full of optimism and joy, always with a smile on his face, a bounce in his step and an encouraging word, he was quick to forgive and held no grievances.

David was an avid sports fan. He attended every game possible that his children and grandchildren played and could be heard cheering- loudly! He was a basketball referee in Southeastern Manitoba for over 40 years, keeping pace with the young athletes, refereeing his last games as recently as March 2022.

David served in many different organizations. Some of which were dearest to his heart were: Canada Awakening Ministries, International Christian Embassy Jerusalem, and the Christian Heritage Party of Canada.

David and Katy have always opened their home to anyone in need. They have had over 50 foster children/adults, who are still considered family. At present Alma, Liz and Amanda live in their home.

The funeral service will be held on Tuesday, May 10, 2022, at 2:00 p.m. at Birchwood Funeral Chapel, Steinbach, MB. To join the family via livestream please click HERE shortly before the time of the service.

If friends so desire a donation can be made to: