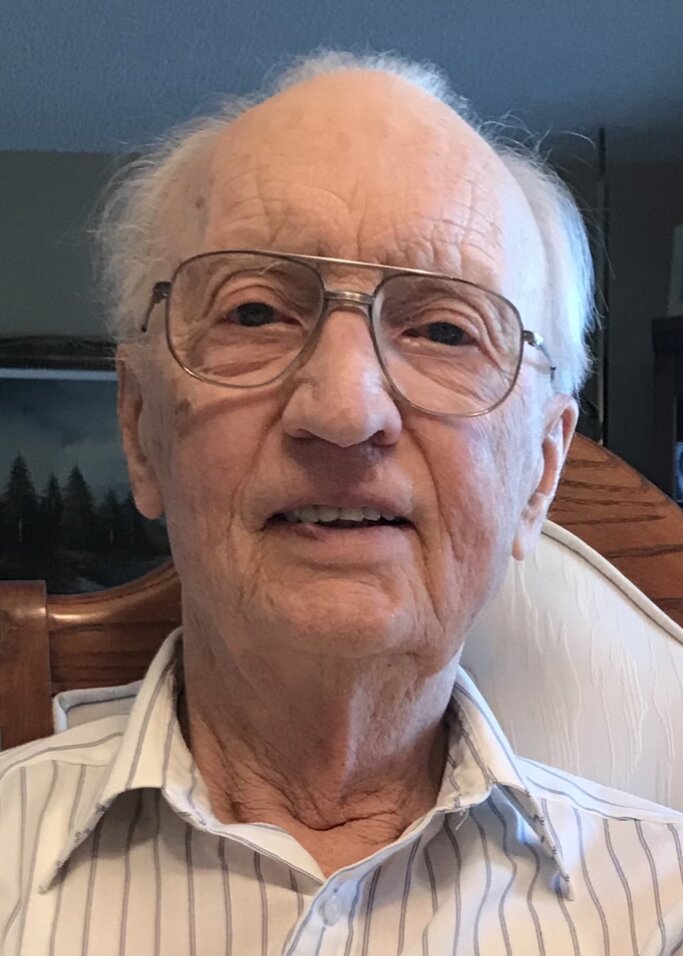 Funeral service will be held on Friday, October 28, 2022, at 2:00 p.m. at the Steinbach Mennonite Church, 345 Loewen Blvd, Steinbach, MB R5G 0L1, with interment to follow at Heritage Cemetery, Steinbach, MB. To join the family via livestream, please click HERE shortly before the start of the service.

On October 24, 2022, at Bethesda Regional Health Centre, Steinbach, MB, Victor Janzen, 92, of Steinbach, MB, went home to be with his Lord after a brave fight with cancer.

He is survived by his wife Helen, his four children- Bernie (Elaine), John (Linda), Walter (Michelle), and Lilli (Stuart), eight grandchildren, and one great-granddaughter.

Victor Janzen was born on November 8, 1929, in Osterwick, Ukraine, in the Soviet Union. During World War II the family became refugees and fled to Germany. They boarded the Volendam and sailed to Paraguay in 1947. They endured eight years pioneering in the challenging bush countryside. In 1955 they were sponsored to come to Winnipeg, Manitoba.

Victor resumed his studies while working at numerous jobs at the same time. He met Helen Nickel and they were married on August 5, 1961. He continued his schooling and graduated in 1964 to begin his teaching career.

Victor taught in Oakbank, Killarney for four years, and made his final move to work in Steinbach in 1970.  During these early teaching years Victor and Helen enjoyed raising their four children – Bernie, John, Walter, and Lilli. In 1980 he took up the position of co-editing the Mennonitische Post until 1988. He spent his remaining working years doing translation work in German, English, and Russian for many Canadian newcomers. It was during this time that Victor wrote and published a book about his life - From The Dnieper to the Paraguay River.

Victor felt called to serve in the church and community as a natural expression of his faith to God. After becoming a member of the Steinbach Mennonite Church in 1970, he taught Sunday School, led Bible study groups and German services, and preached sermons.

Victor loved his family and especially enjoyed playing with his grandchildren. He took great pride in showing them how to fish and expressed interest in all their pursuits.

Building the cottage on Lake of the Woods with his family was one of his proudest achievements. His love of fishing was something he wanted to share with everybody. Traveling was another of his passions that he passed on to his children. He never stopped learning and especially found languages to be an intriguing challenge. He loved music whether it was listening, singing, or teaching himself to play several instruments.

Victor and Helen moved into the Stonebridge Crossing residence in 2003 and enjoyed many happy years living there.

As Victor’s health declined in the last two years, a homecare team assisted Helen in caring for him in their home for as long as possible. The family wishes to express their thanks to the homecare staff, the palliative care team, and also to the healthcare team at Bethesda Regional Health Centre who provided excellent and compassionate care to Victor in his last five weeks of life.

Funeral service will be held on Friday, October 28, 2022, at 2:00 p.m. at the Steinbach Mennonite Church, 345 Loewen Blvd, Steinbach, MB R5G 0L1, with interment to follow at Heritage Cemetery, Steinbach, MB. To join the family via livestream, please click HERE shortly before the start of the service.

In lieu of flowers, donations may be made to CancerCare Manitoba or MCC.

Victor, Dad, Opa, you will be so missed. We love you!